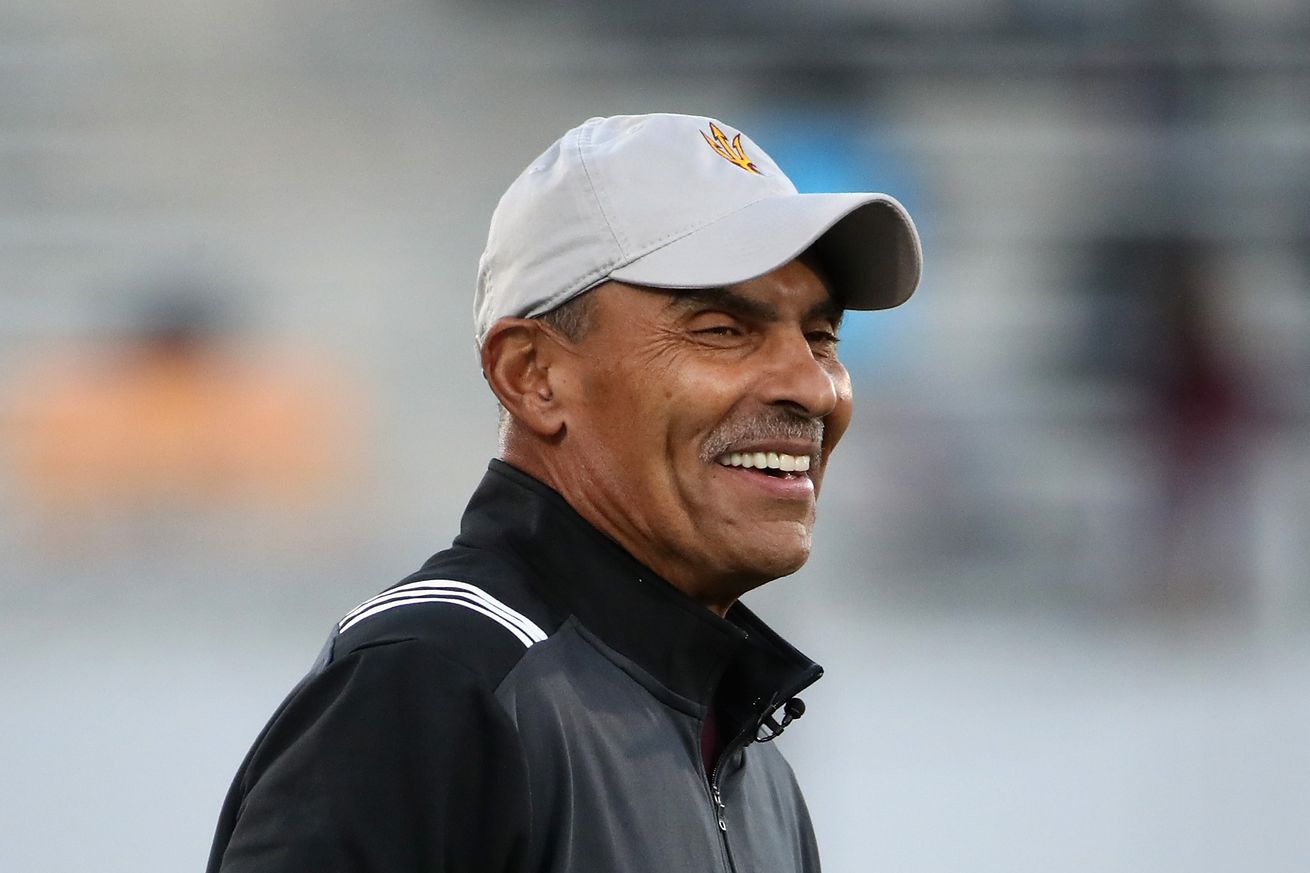 More talent to throw to

Prentice Gill and Chris Hawkins continue to make their impact known in recruiting for Arizona State. Illinois wide receiver Dominic Lovett made his pledge to the Sun Devils 2021 class on Friday.

Lovett is a four-star according to 247Sports and Rivals. He is highly rated in the 247Sports system. Lovett is the 304th ranked player nationally overall, 52nd at the receiver position, and third in the state of Illinois coming out of East St. Louis High School.

LSU, Missouri, and Penn State also had a lot of interest in the 5-foot-10 receiver. Other highly touted schools that offered him include Alabama, Auburn, Georgia, Oregon and plenty other Power Five schools. Lovett’s recruitment was led by wide Sun Devil coaches Prentice Gill and Chris Hawkins.