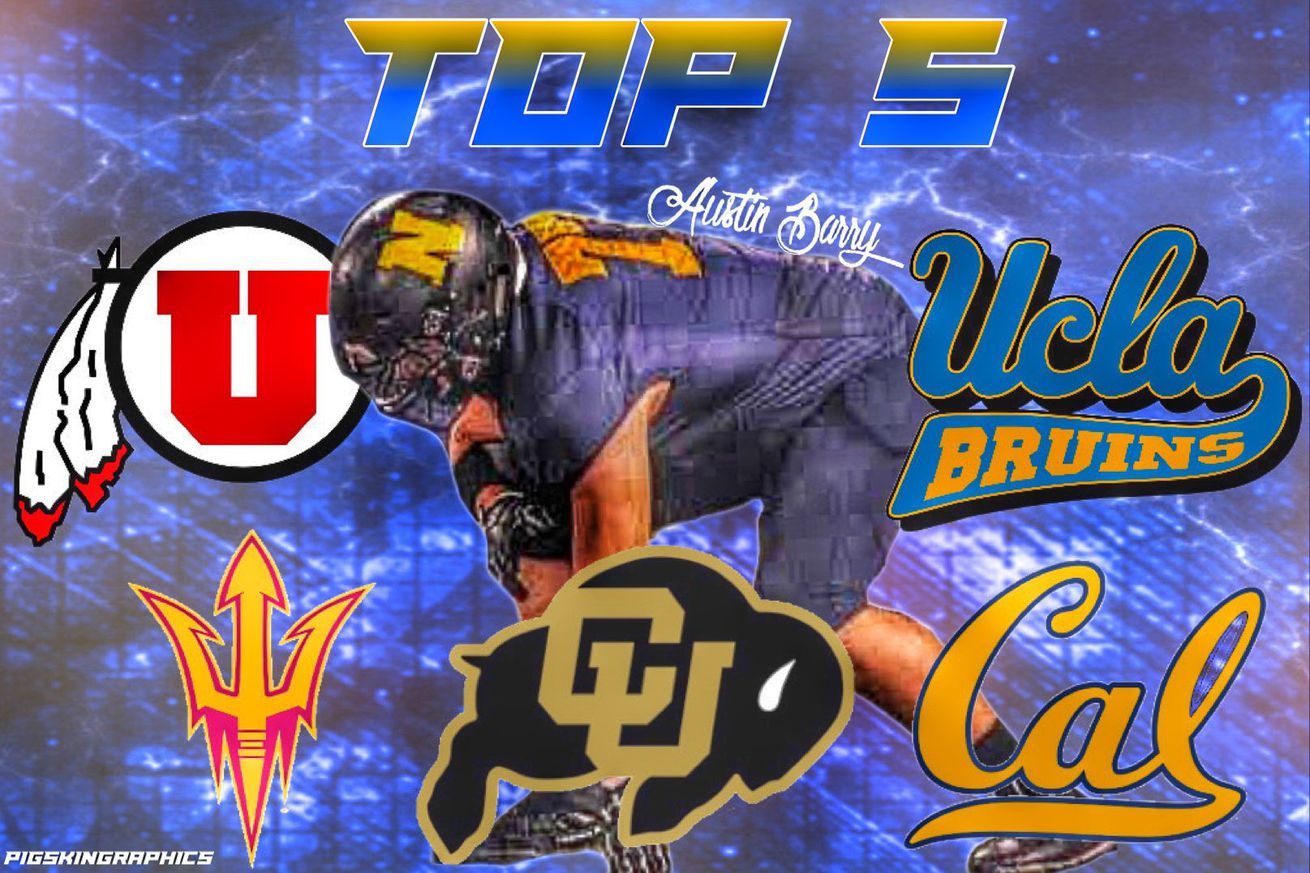 It was hard to make this only 5 pic.twitter.com/F39Ddbc7dC

Barry is currently ranked as a three-star tackle by Rivals and 247Sports. The 2021 recruit from J.W. North High School is ranked 774th nationally, 70th at his position and 71st in California by 247Sports’ database. It appears that Kevin Mawae is leading his recruitment.

He had a top nine list but cut Washington State, Boise State, Utah State and San Diego State. Neither recruiting service has an expert prediction for Barry currently.