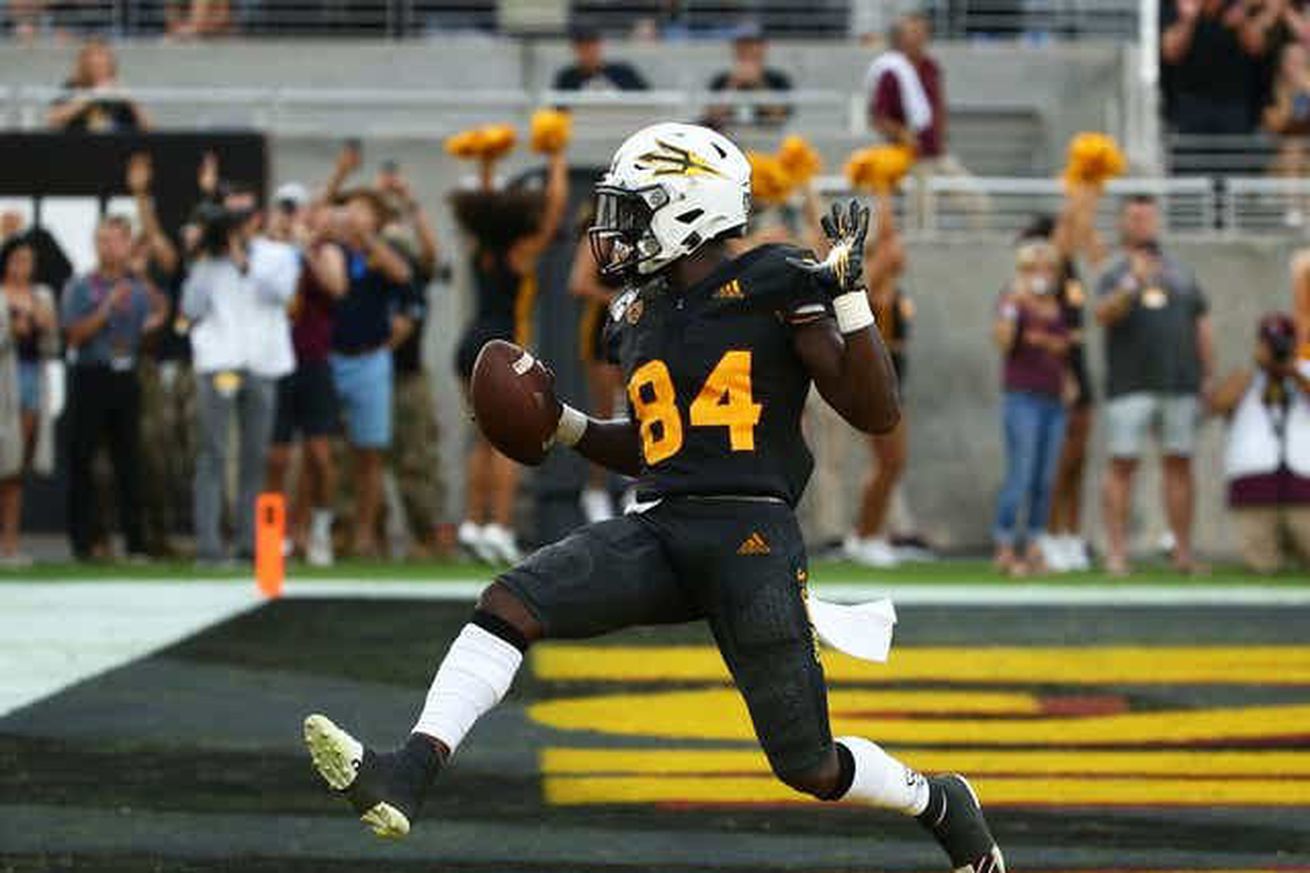 After a week of negative news regarding College Football in the PAC-12, three Sun Devil seniors received some big name recognition on Thursday morning. Cornerbacks Chase Lucas and Jack Jones, and wide receiver Frank Darby were named to the Reese’s Senior Bowl top 250 watch list. The annual postseason showcase serves as CFB’s senior “Pro Bowl” and plays a vital role in the NFL Draft stock of any player selected.

Congratulations to Jack Jones, Chase Lucas and Frank Darby on being named to the Reese’s @seniorbowl Top 250!

The announcement comes as no huge surprise for the trio, as all three are well established at their positions following successful 2019 campaigns.

Darby, who has already been named to the Biletnikoff Award preseason watch list, is coming off a breakout season. The 6-foot-1, 200 pound receiver tallied 600-plus yards for the first time in his collegiate career and found the end zone eight times. Whenever PAC-12 football kicks off, The New Jersey native is poised to lead the receiving corps after spending 2018 and 19 splitting targets with N’Keal Harry and Brandon Aiyuk.

On the defensive side, Lucas and Jones are proven forces in the secondary, and the Reese’s announcement highlights one of the most underrated defensive backfields in the conference.

Jack Jones, a former transfer, earned the Reese’s shoutout with a strong showing in 2019. He racked up 45 tackles while snatching three interceptions. Lucas, a former freshman All-American, was arguably the most valuable piece on the ASU defense in 2019, making 54 tackles and was responsible for just one touchdown against.

Whenever the Sun Devils take the field for the season, look for these three to lead a group that has garnered tremendous preseason hype. The Reese’s bowl, which usually takes place at the end of January, is held in Mobile, Alabama.