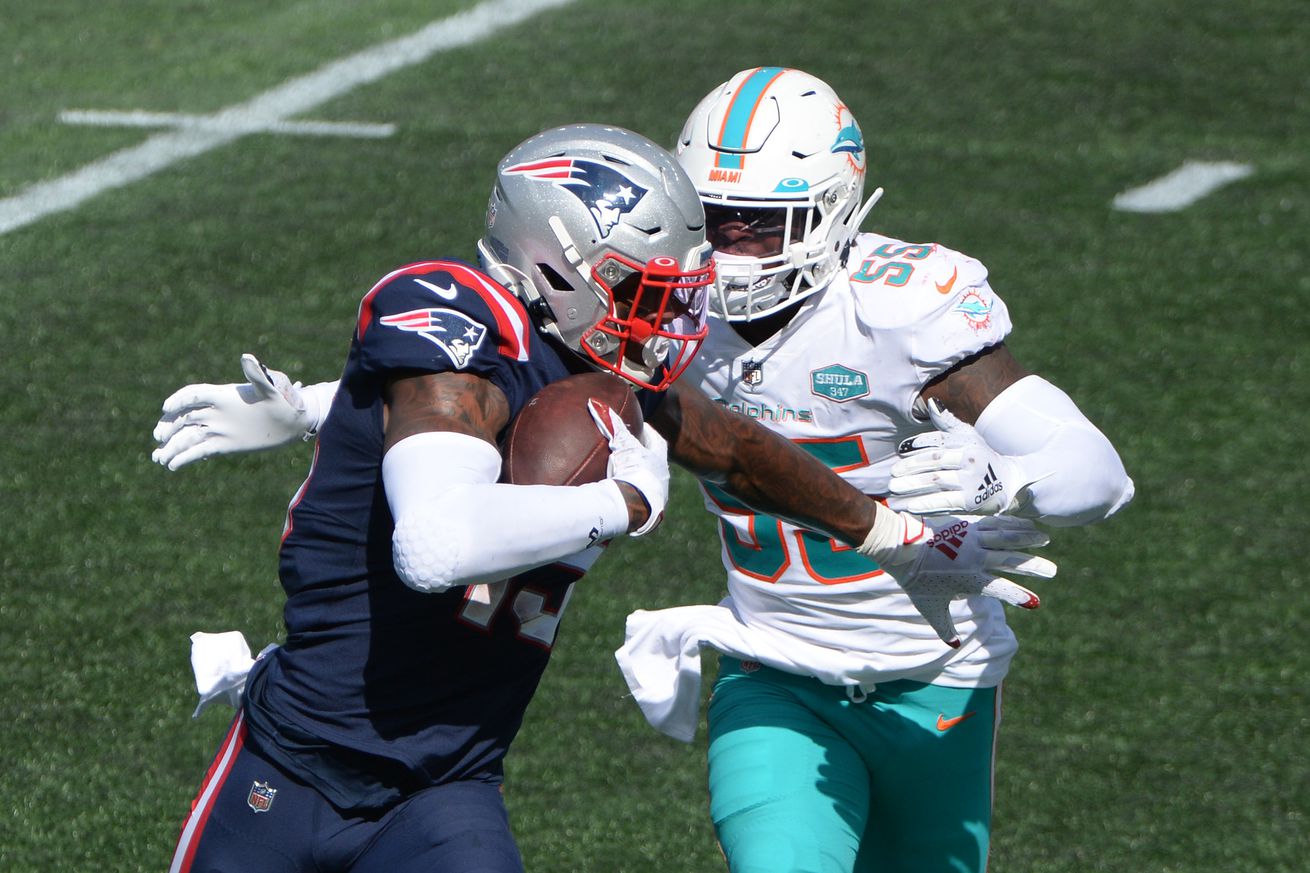 The Sun Devils have nine players on 53-man rosters; let’s looks back at their week one performances

The Sun Devils currently have nine players on active rosters. All of their teams played in the opening week of the NFL. How did the Sun Devils fare in Week One?

Eno Benjamin (Cardinals): Benjamin did not play in the Cardinals victory over the 49ers a she was inactive

Zane Gonzalez (Cardinals): Gonzalez was perfect on extra point attempts (3-3), but only covered one of three field goal opportunities in the Cardinals victory on Sunday.

Brandon Aiyuk (49ers): Aiyuk did not play in the 49ers Week One loss to the Cardinals, due to a hamstring injury.

Lawrence Guy (Patriots): Guy played 22 defensive stats for the Patriots and recorded four total tackles in their win over the Miami Dolphins.

Matt Haack (Dolphins): Haack punted three times in Sunday’s loss to the Patriots, with a long of 58 yards.

Jamil Douglas (Titans): Douglas did not play in the Titans win over the Denver Broncos on Monday Night Football, due to a hand injury

Renell Wren (Bengals): Wren is currently injured with a quadriceps injury, and it is possible that his season is over before it even got started.

Check back in next week to see how these former Sun Devils performed in Week Two.