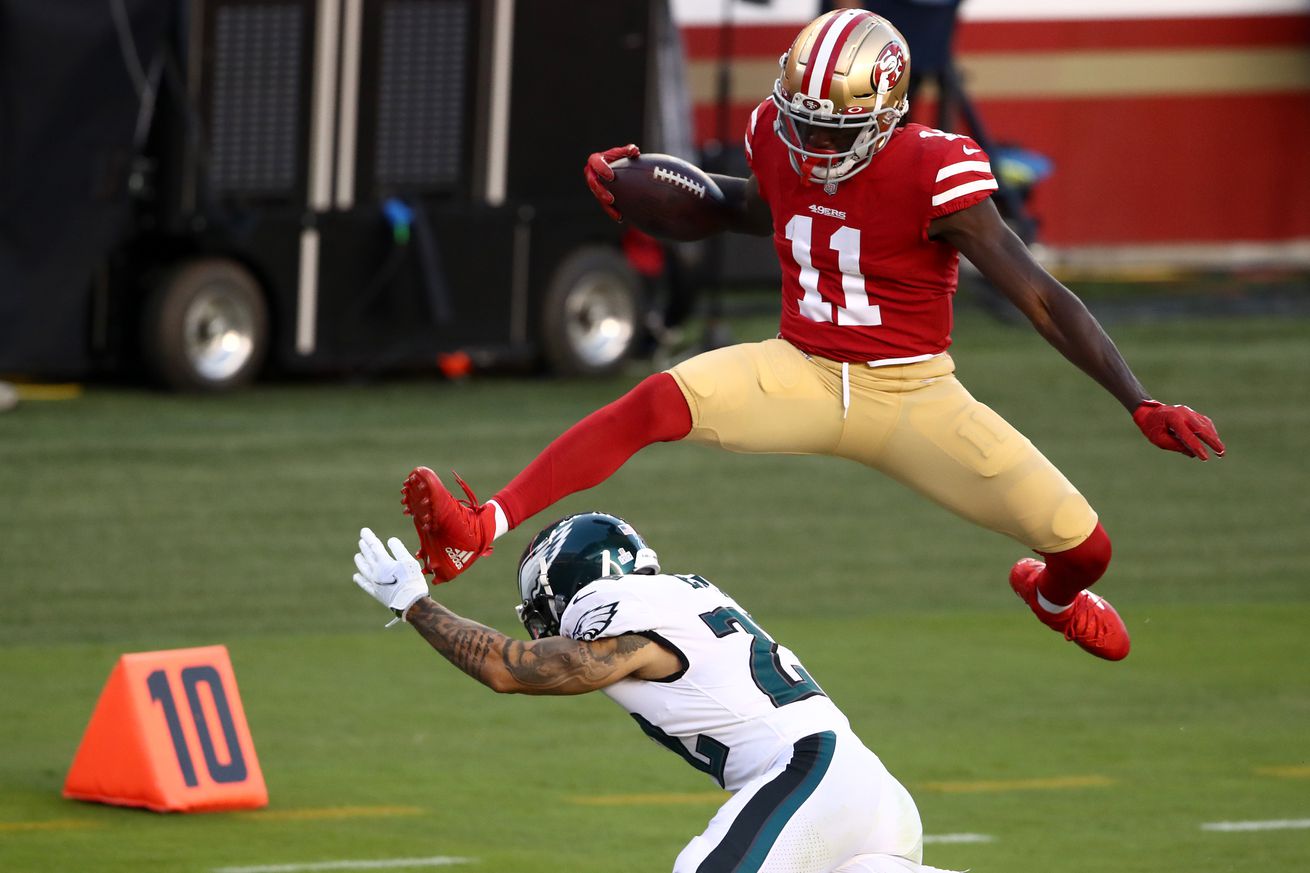 Former Sun Devils were back in action this week during Week4 of the NFL season. How did they perform?

The Sun Devils saw eight former athletes in action during this week of NFL action. Let’s take a look at their performances this week.

Eno Benjamin (Cardinals): Benjamin, who has yet to suit up this season, missed the Cardinals game on Sunday.

D.J. Foster (Cardinals): Foster did suit up for the Cardinals this week, but did not record snaps in their loss to the Carolina Panthers.

Zane Gonzalez (Cardinals): Gonzalez did not attempt any field goals this week, but was perfect on extra point attempts (3-3).

Brandon Aiyuk (49ers): Aiyuk caught two passes for 18 yards, but made his mark running the ball. He had one rush for 38 yards, resulting in a touchdown. The highlight play included Aiyuk hurdling an Eagles defender.

Brandon Aiyuk with a hurdle for a touchdown!pic.twitter.com/l8w2zMJ6Mg

Lawrence Guy (Patriots): This week against Kansas City, Guy recorded three tackles, including one for loss.

N’Keal Harry (Patriots): Harry caught three passes for 21 yards and a touchdown (first TD of the season) in the Patriots loss against the Chiefs.

Matt Haack (Dolphins): Haack punted one time for 51 years in the Dolphins loss to the Seahawks on Sunday.

Kalen Ballage (Jets): Ballage caught two passes for 11 yards in the Jets loss to the Denver Broncos on Thursday Night Football. Since then, Ballage has been released by the team and is looking for a new home.

Jamil Douglas (Titans): Douglas and the Titans did not play this week as multiple players on the titans tested positive for COVID-19. Their game against the Steelers will be made up on October 25th.

Check back in next week to see how these former Sun Devils perform in Week 5.