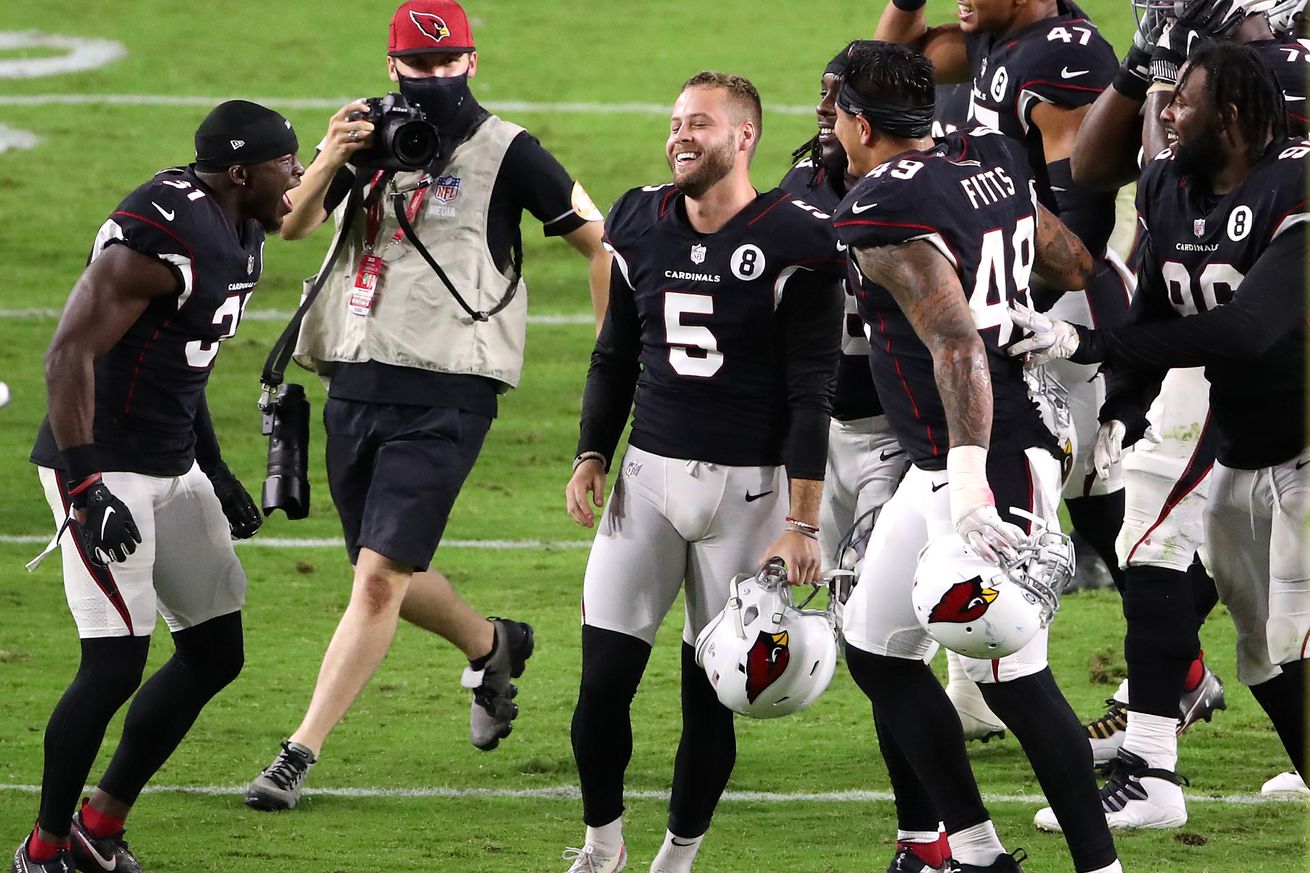 The Sun Devils saw seven former athletes in action during this week of NFL action. Let’s take a look at their performances this week.

Eno Benjamin (Cardinals): Benjamin was listed as inactive for the Cardinals in their Sunday Night Football win over the Seattle Seahawks. However, Benjamin could see time on the field with the injury to starting running back Kenyan Drake.

D.J. Foster (Cardinals): Foster did suit up for the Cardinals this week, but did not record any snaps in the team’s win over the Seahawks.

Zane Gonzalez (Cardinals): Gonzalez was perfect on extra-point attempts (4/4) and went 3-for-4 on field goals, including the game-winner in overtime to give the Cardinals an upset victory over Seattle.

Brandon Aiyuk (49ers): Aiyuk had a career game on Sunday in the 49ers win over the New England Patriots. Aiyuk caught a career-high six passes for 115 yards (career-high). His 115 receiving yards ranked fifth across the league during Week 7.

N’Keal Harry (Patriots): Harry caught one pass for six yards in the Patriots lopsided loss to the 49ers. He left the game with a head injury in the first quarter.

Jamil Douglas (Titans): Douglas did not play any snaps in the Titans Loss to the Pittsburgh Steelers.

Matt Haack (Dolphins): Haack and the Dolphins were on bye this week and will take on the Los Angeles Rams in Week 8.

Check back in next week to see how these former Sun Devils perform in Week 8.