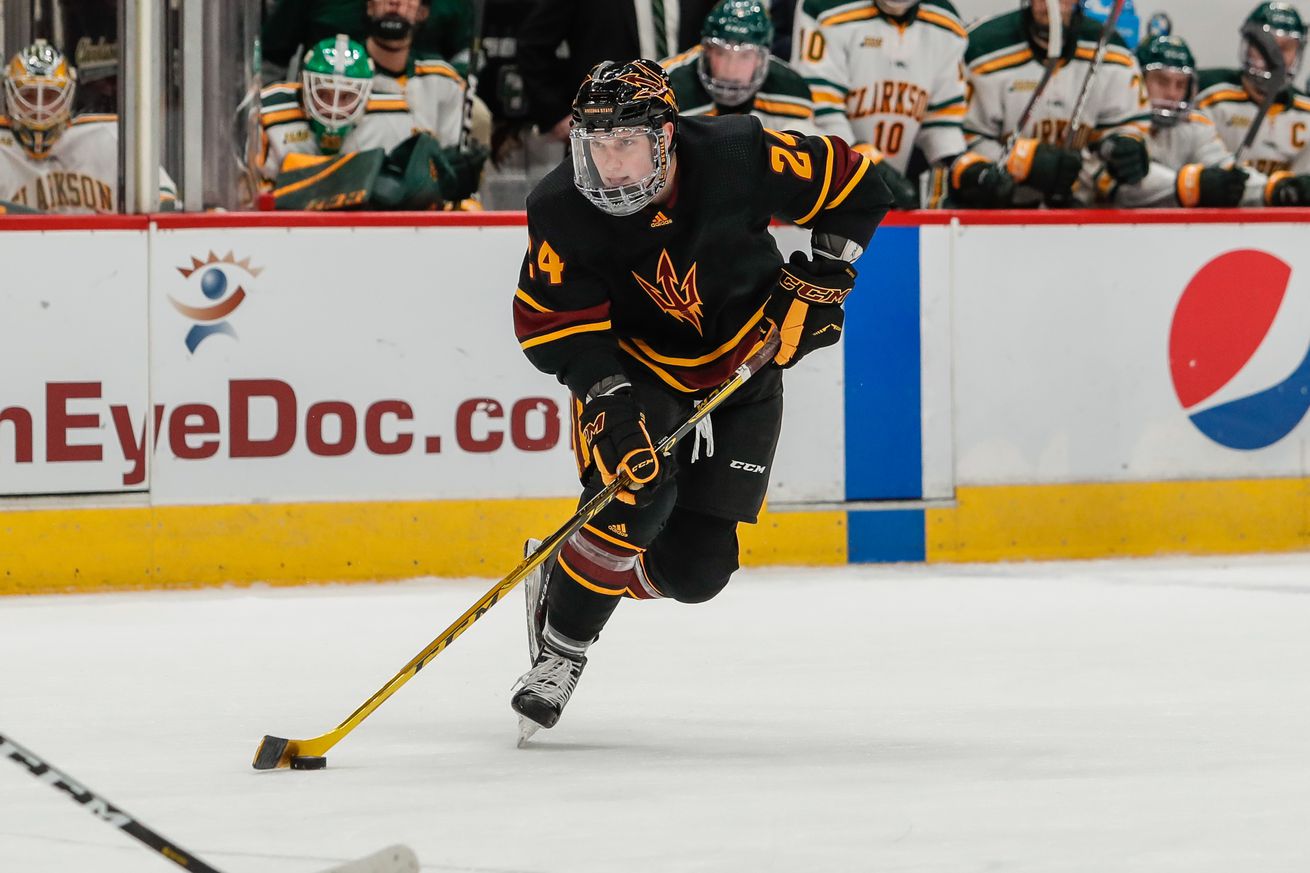 Headed back to PA

He had 11 goals and 32 points. Maniscalco played 71 games throughout his first two collegiate seasons with 52 points, which included 15 goals and 37 assists.

“In just two short years, Josh had a major hand in bringing Sun Devil Hockey to national relevance,” said coach Greg Powers in a release from Sun Devil athletics. “He believed in our plan as a program and our plan for him as a player. We are forever in debt to him for that belief. Today is a great day for Josh and his family, as he gets one step closer to his dream of playing in the NHL.

“Josh has our unwavering support in every way. Pittsburgh is getting a spectacular player and special human being in Josh Maniscalco. Josh will forever be a Sun Devil for Life.”

Additionally, the Pennsylvania native recorded 13 points on the power play last season. He is the second Sun Devil to sign an NHL contract as a free agent, joining his defense partner Brinson Pasichnuk, who signed with the San Jose Sharks in the spring.

This marks the fourth Sun Devil to sign a professional contract in the offseason, as Brinson and Steenn Pasichnuk both signed with the Sharks organization, and senior forward Tyler Busch joined the ECHL’s Cincinnati Cyclones – an affiliate of the Buffalo Sabres.