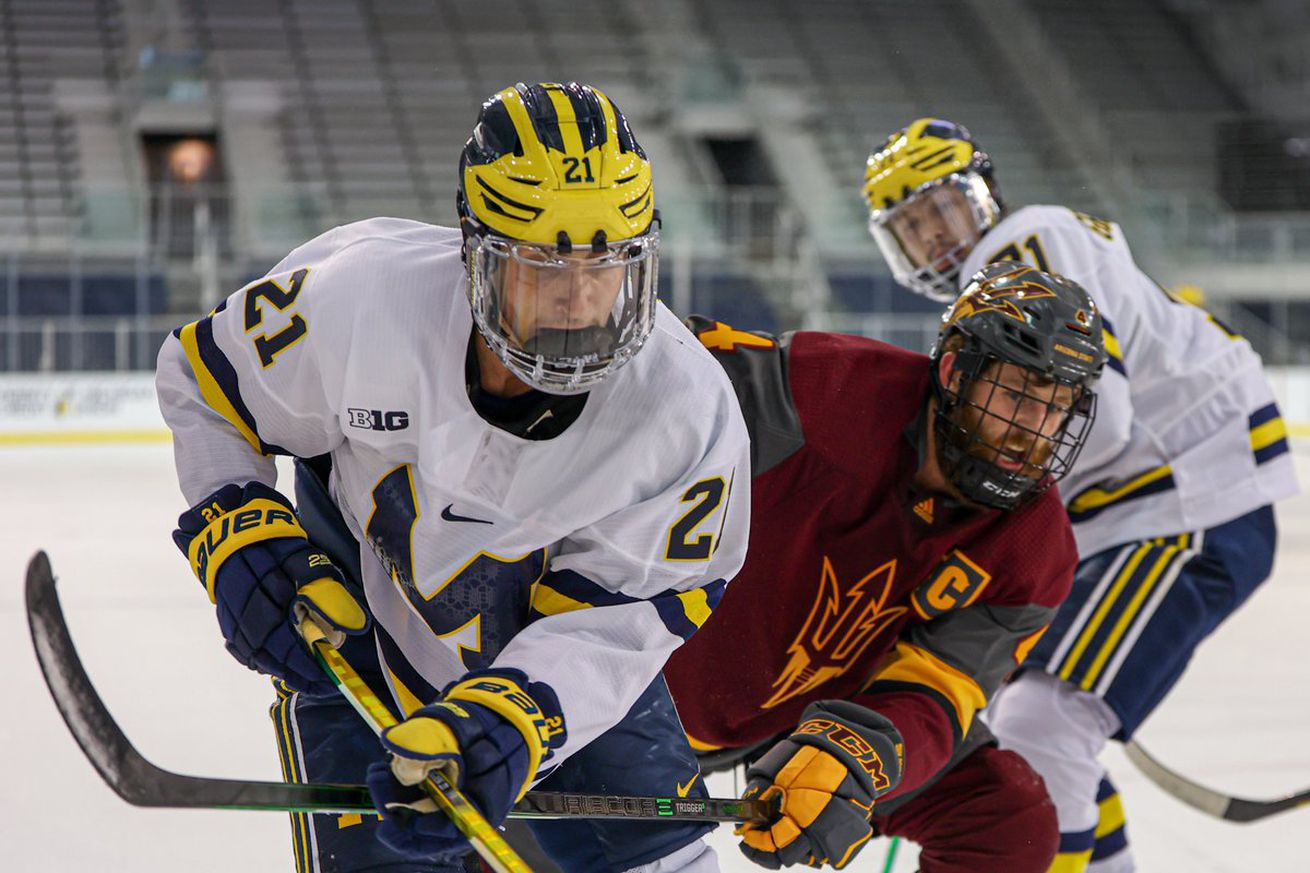 No. 15 Arizona State’s 2020 hockey season didn’t get out to an ideal start on Saturday, as the Sun Devils were blown out and fell 8-1 at the hands of No. 12 Michigan at Yost Arena in Ann Arbor.

For ASU, there weren’t any positives of Saturday’s matchup with the Wolverines. Michigan led 6-0 midway through the second period and 12 different players had points. It was a beat down from the opening puck drop.

Head coach Greg Powers noted an out of the ordinary start could possibly trace back to arriving in Michigan late last night, then turning around for the early puck drop this afternoon, which was scheduled earlier than anticipated.

ASU didn’t have a morning skate and never touched the ice surface at Yost until opening warm-ups this afternoon. Nevertheless, he didn’t label it as the reason for the loss. The effort needed to be better.

Leading the way for the Wolverines was freshman forward Kent Johnson, who had four assists in his first collegiate game.

Michigan outshot the Sun Devils 37-16, and their speed and skill seemed to overwhelm ASU in the defensive zone, an area where the group struggled to make break outs, leading to turnovers, sloppiness, and long shifts. That in turn, ended with the puck in the back of the Devils’ net.

“When you don’t have your legs and you’re letting them play downhill like we did, I thought our d tonight really struggled,” Powers said. “…With their forecheck, our defense struggled. That’s just a really talented team that we let execute and let them play the way they wanted to play.”

With both defensemen Josh Maniscalco and Brinson Pasichnuk departing the program to the NHL this offseason, the Sun Devils were also without sophomore blue-liner Jacob Semik on Saturday.

He was serving a one-game suspension that dated back to the end of last season at Wisconsin. Those three players were three of ASU’s top defensemen, and without the depth in the lineup, the defensive woes piled up.

On special teams, the group was also 1-7, with the lone goal coming from freshman forward Ryan O’Reilly during garbage time in the third period.

Whether it was an earlier start, weary legs, Michigan firing on all cylinders, or just a poor effort, ASU’s start to the year ended in ugly fashion. Powers wants his team to flush the effort, but captain Johnny Walker had a different mindset.

He wanted to be held accountable, and he knows that if the Sun Devils don’t clean up their effort from game one, it could be a long season.

“I think it’s something that we have to learn from. Obviously it’s early in the season but that’s not going to get it done,” Walker said. “Our leadership group, including myself, have to be way better. There’s a lot that needs to be cleaned up and not a lot of time. We’ll learn from this and make sure this doesn’t happen again.”