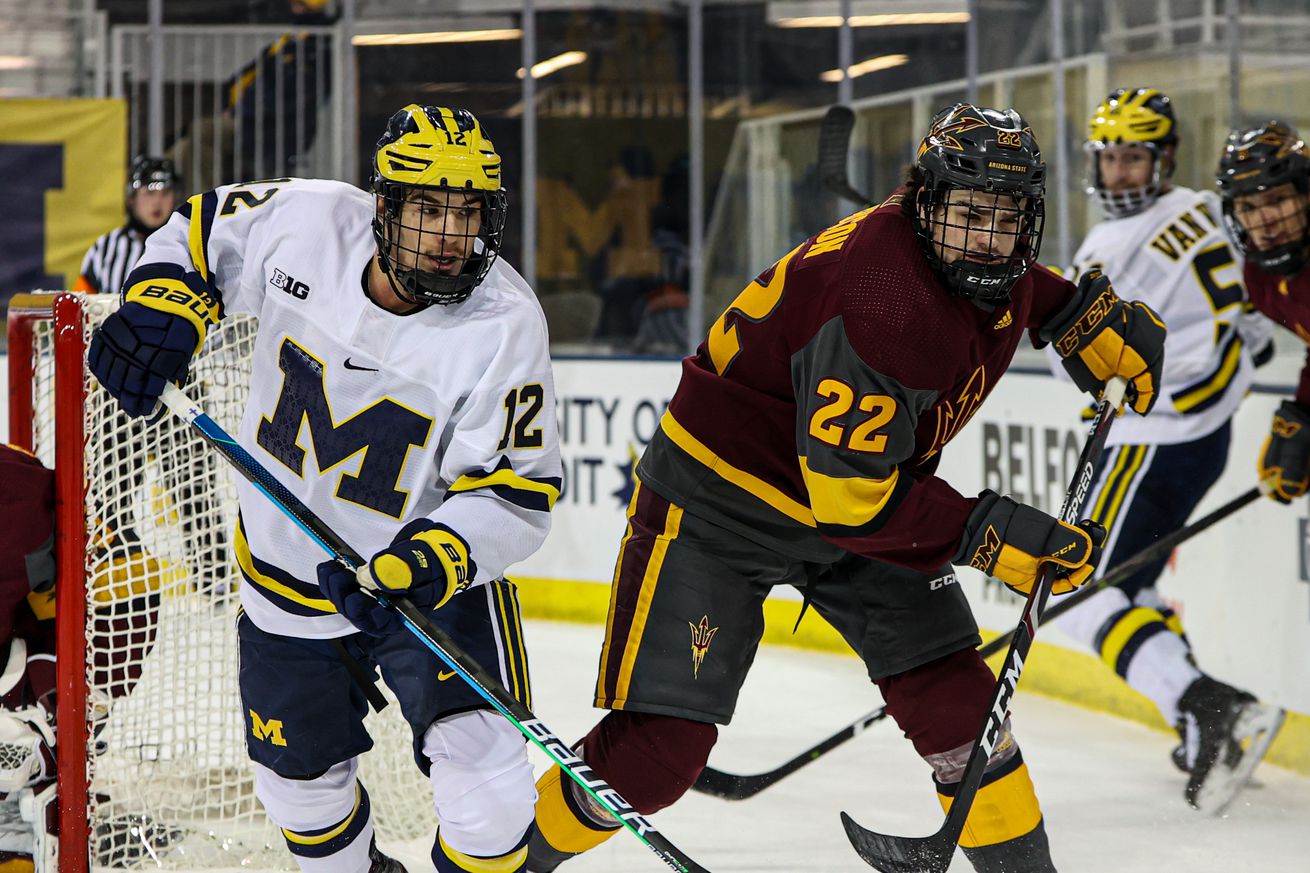 There were a few changes within the lineup, one of the biggest being who was in net. Freshman Cole Brady got his first collegiate start after taking over for junior Evan DeBrouwer Saturday during the third period.

Sun Devil sophomore defenseman Jacob Semik was back on the first line of defense after sitting out game one due to a prior suspension. The second line switched to an all-freshmen line with forwards Michael Mancinelli, Matthew Kopperud and Ryan O’Reilly.

Michigan got right to work, putting one in the back of the net in the first three minutes of the game from freshman Kent Johnson. With five seconds left in the period, sophomore forward Eric Ciccolini extended the Wolverines lead to two.

Neither team scored in the second period, however, Michigan dominated the Sun Devils, outshooting them 16 to 3. In the third period, the Wolverines sealed their lead with a power play goal from junior Jimmy Lambert. In the two-game sweep, there were 11 goals by 10 different players.

The Wolverines outshot the Sun Devils 47-17 in Sunday’s matchup, but that didn’t take head coach Greg Powers by surprise because of the level of talent Michigan has.

“I don’t know if college hockey has seen more talent on paper in a decade than this team, I really don’t,” Powers said. “If I’m wrong tell me. We’ve played everybody in six years. We haven’t seen anyone like that. We haven’t, and in my opinion they probably have the best goalie in college hockey.”

Despite the struggles that the team faced this weekend, they feel like they are just getting started and will be able to turn things around.

“There’s a lot of moving parts and things that we need to figure out, but we like our team,” Powers said. “We feel confident. We started 1-3 last year and it’s all about getting better everyday and I feel like we had a better competitive effort from game one to two. They were just better than us.”

The Sun Devils will stay on the road as they head to East Lansing to face Michigan State on Thursday. Puck drop is slated for 4 p.m. MST on Big Ten Network.