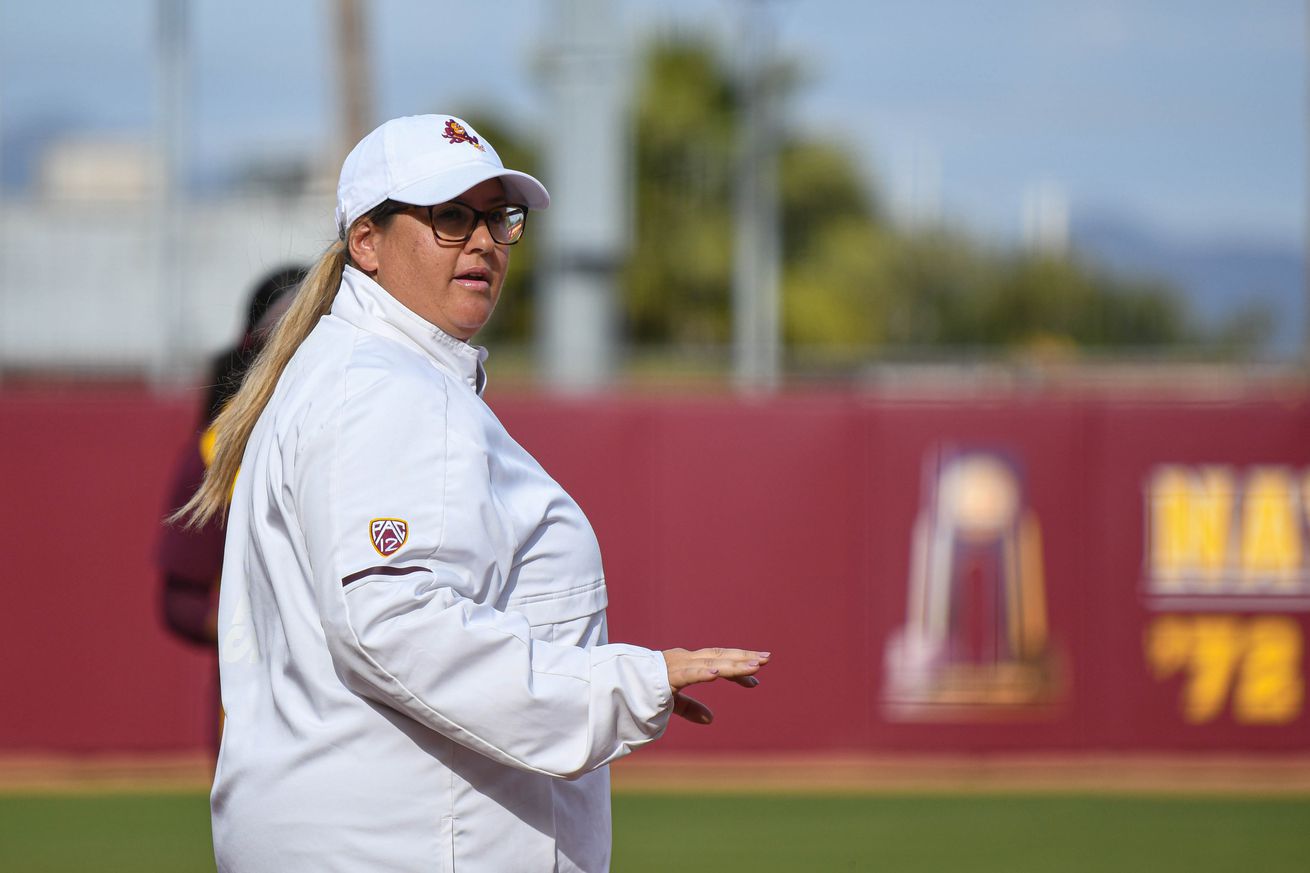 Coming to a circle near you

We continue our series looking at future Sun Devils with the 2020 class that Trisha Ford is bringing to Farrington Stadium this upcoming season.

Royalty was a late bloomer in her class which before the recent rule changes made her under looked in the process. Growing up in Texas, she was small for her age but the way her pitches moved made Ford fall in love. She’s focused on building muscle and came onto the nationally scene after pitching a gem for her club team, Athletics Mercado, in the 18U PGF Premier championship. She is currently ranked T-4th in Extra Inning Softball’s 2020 class rankings. You can read more about Royalty in this article from Softball America.

Excited to officially be a Sun Devil

Cazares was Royalty’s teammate on the Athletics Mercado championship-winning club team. She is known for being a very good defensive outfielder and plenty of pop in her bat. During her junior season at Buchanan, Cazares hit eight home runs, eight triples and five doubles in 19 games. She was originally committed to Tennessee but reopened her recruitment and took a visit to Tempe with Royalty. She is ranked T-32nd in Extra Innings rankings.

Price can play just about any position if needed to. Each season at East Nicolaus her OPS has rose from 1.530 (freshman), 1.539 (sophomore) and 1.597 (junior). She has also been a staple of the Lady Magic club team lineup. She is ranked 63rd in Extra Innings rankings.

The daughter of former Arizona Wildcat standout Lauren Espinoza, who hit 85 career home runs which is tied for fifth all-time in NCAA Softball history. The 64th ranked player in Extra Innings list. She missed her junior season due to injury but in her first two seasons at Amphitheater she put up a ridiculous stat line of 31 home runs, 105 RBIs and 35 doubles with a .736 average.

Braswell is one of three ASU signees that will be part of PGF’s All-American game joining Royalty and Cazares. Between club ball and high school level, she stayed pretty consistent hitting .407 with nine home runs, 12 doubles and 49 RBIs for Lady Magic last summer summer. Meanwhile hitting .477 with a .667 on-base percentage as a junior at Amador.

The 2019-20 Nevada Gatorade Player of the Year, Luschar is a speedster that’s a threat on the bases. The leadoff for her club team, Sorcerer Gabales, and star for Carson she batted .650 and stole 35 bags. She comes from a softball family as her younger sister, Kedre, is a 2021 Oregon commit.

The 174th ranked player in Extra Innings rankings split her high school time between St. Lucy’s Priory High and Orange Lutheran. In her junior year, Begin had a .352 batting average in 21 games.