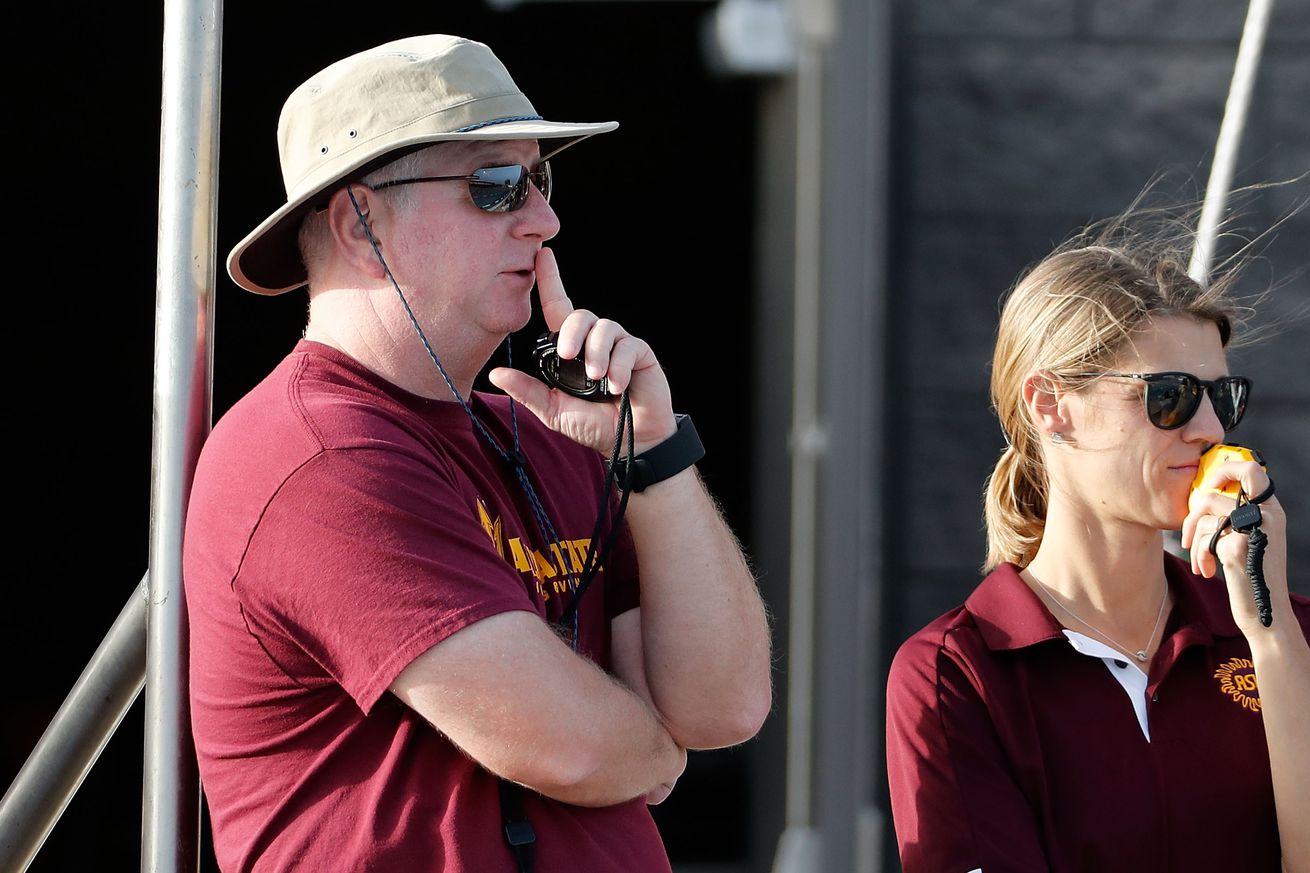 Over the next couple of weeks, we will be looking at incoming athletes for Sun Devil athletic programs. Today, we will be breaking down Bob Bowman’s 2020 recruiting classes, with the men’s team named an honorable mention by SwimSwam.com.

Here’s a look at what can be expected from the faces of the future.

The highest-ranked Australian in the 2020 class across both genders, Charli Brown, will compete for a spot on the Sun Devils’ most competitive relay, the 800 freestyle relay. In addition, her aptitude in the individual medley will open doors for points in an event where the Sun Devils have struggled with depth in the past.

Brown will fill the gap left by the graduation of Chloe Isleta, a backstroke and IM specialist. Comparing times, the Australian’s 100 LCM backstroke time (1:03.43) is already faster than Isleta’s best, a 1:03.63 swam against Kansas in January.

Another individual medley swimmer will join the Sun Devils from Lambertseter Svømmeklubb in Norway. Lovberg’s signing shows a trend in Bowman and Rachel Stratton-Mills’ recruiting toward IM swimmers, an event in which the team has struggled to compete in the past.

Lovberg already has experience competing in international events, most recently at championship meets in Amsterdam, Stockholm and Lausanne. Her practice in long course will surely prove valuable in dual meets as we repeat an Olympic year.

Another IMer? Although it may seem repetitive, this is good news. Maybe great.

The Sun Devil women picked up two wins in IM events in nine meets. Junior Nora Deleske was the only ASU swimmer to make the ‘A’ finals in the Pac-12 Championships in the 200 and 400 IM. Signing three recruits proficient in the IM will bring new opportunities for dual meet and championship points.

McCann, of Edmonton, Alberta, is the third international recruit in the 2020 women’s class. She’ll look to replace the now-graduated Silja Kansakoski in breaststroke events, and if she can compete with rising junior Isa All, could take a load off of Nora Deleske by assuming the duties of the breaststroke leg in medley relays.

A seven-time finalist in the TISCA Tennessee State Championships, Milligan will immediately compete for spots on the 200 and 400 freestyle relays. She’s the second Tennessean on the ASU roster, since signing the #1-ranked Erica Laning in 2017. The two have swam against each other in the past– at the 2017 TISCA State Championships, both swimmers anchored their school’s 200 freestyle relay. Laning led Hardin Valley to a gold medal in the event, splitting 22.98; while Milligan swam a 23.93 as a sophomore for Collierville’s sixth-place finish.

Most recently a Washington 4A State Champion in the 200 freestyle, Straume is another incoming swimmer who will compete for a spot on the 200 and 400 freestyle relays. From the start, she will provide depth in at least the ASU-B relay in these events, and is especially ready for improvement in the 200 freestyle, where Bowman has shaped successful mid-distance freestylers year after year.

California high schools swim their season in the spring, so Plattel lost his senior season as a result of the coronavirus pandemic. He is a 3-time CIF state finalist in the 500 freestyle, his most dominant event. With Ben Olszewski’s graduation, Plattel will join rising sophomore Julian Hill in a distance group rapidly increasing in size and strength.

Plattel holds the fastest 500 freestyle time (4:21.5) in the class of 2020, and the second-best 1000 freestyle (15:03). He is the seventh-fastest Californian in the class, the highest-ranked Sun Devil recruit from the state since Joe Molinari in 2016, who was ranked third in the class before transferring to California Baptist University at the end of the 2018 season.

Most recently, Mason represented Team Santa Monica at TYR Pro Series Des Moines, the final national event before the coronavirus pandemic. He had the opportunity to swim against some of the fastest distance swimmers in the country, finishing ninth in the 1500 freestyle.

Mason is another distance freestyler in this class who will double up in mid-distance events as well. In fact, he already has an Olympic Trials cut in the 400, 800 and 1500 freestyle events. His specialty lies in open water swimming, where he represented Team Great Britain at the 2019 World Championships in Gwangju. His time in the 1650 freestyle would have placed him 15th at the 2020 Pac-12 Championships.

He capped off his senior senior with two Florida state championships, in the 200 IM and 100 fly. His two gold medals in individual events named him the top-performing swimmer at the FHSAA 4A State Championships this past November. With Olszewski’s graduation, Gusev will be the team’s second-fastest in the 400 IM–behind junior Jack Edgemond–after swimming a 3:49.58 in March for the Sarasota YMCA.

The first commit of the class of 2024, Rose announced his verbal commitment in September of 2017. The Alliance, Ohio, native was a four-time OHSAA Division II state champion, and committed to ASU in a year when the sprint program lacked serious depth.

This past winter, the now-burgeoning sprint program boasted six sub-20 swimmers at the midseason invitational meet. His signing shows the increased importance Bowman has placed on his team’s sprint program. Rose will be able to utilize his 6-foot-5 frame under a collegiate strength program and will room with redshirt-freshman Jarod Arroyo. In addition, Rose will be taken under the wing of fellow Ohioan Grant House, who is returning for his redshirt-junior season with two remaining years of eligibility.

From Mission Viejo, California, Williams is another distance-minded swimmer who excels in long course swims and has a great ability to drop time. At the Speedo Championship Series in College Station this spring, Williams posted bests in 5 of his 11 swims. His 200/400 IM and 500 freestyle will all provide depth in the distance and stroke groups this year.

Year after year, Williams has dominated the Mississippi Class 1 State Championships. He is a six-time state champion, with all of his wins coming in the 200 IM and 100 breaststroke, and holds the Mississippi state records in both events. He will compete with junior Elijah Warren and senior Aaron Beauchamp for the breaststroke leg of the medley relays.

The gap left by the graduation of Zach Poti will be filled by rising-sophomore Jack Dolan on the relays, although Parker’s speed in backstroke events are very promising (24.14/50.50). In short time, he should prove himself as a valuable addition to the team’s backstroke group, joining five sub-50 swimmers in the 100 backstroke.

While we highlighted next year’s incoming ASU swimmer who are already signed, Bowman also has more talent on its way.

Although they haven’t yet put pen to paper, here’s a look at future swimmers who are already committed for future seasons at ASU.