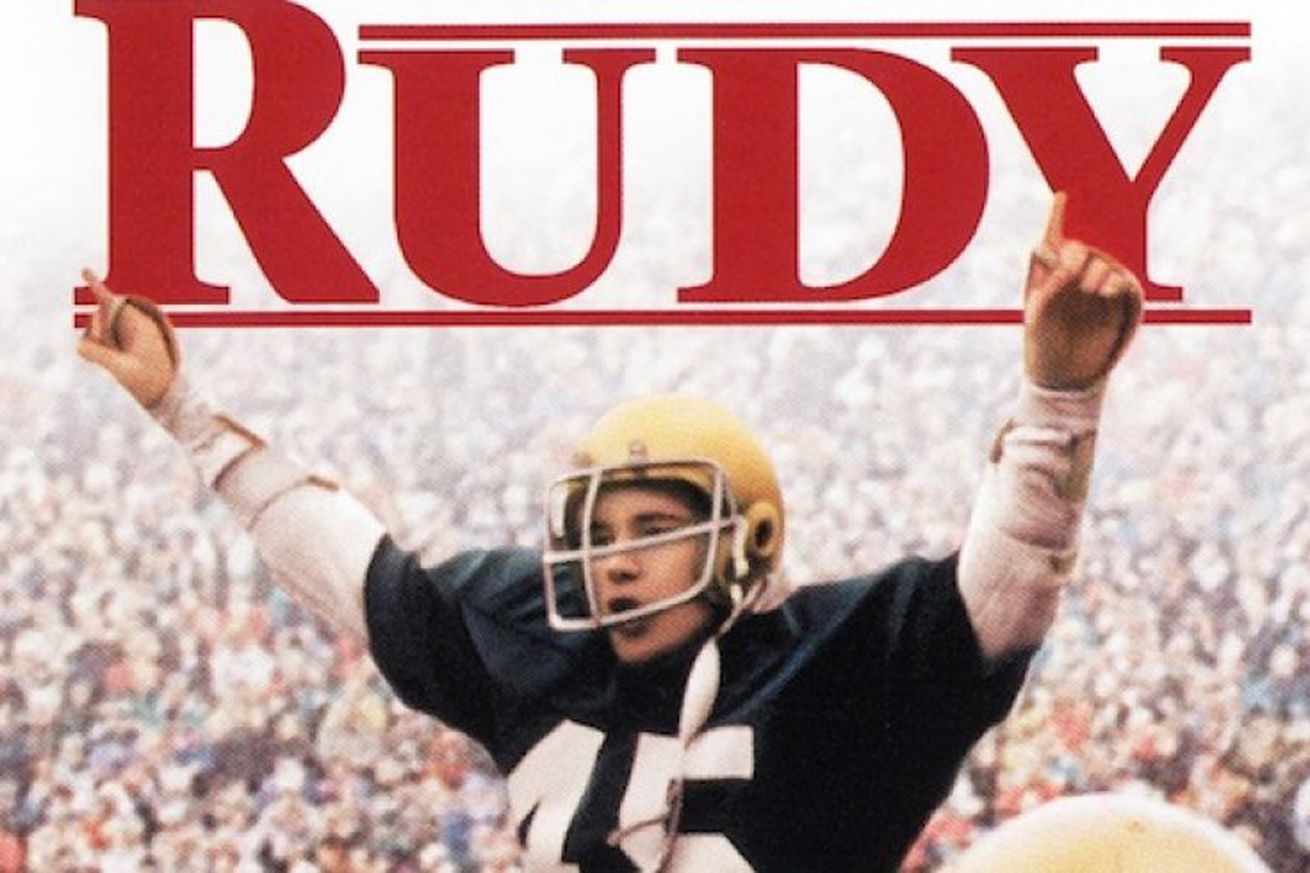 Walk off for life

We continue our reviews as Lyle Goldstein details Rudy.

When watching Rudy, it not only allows viewers to go back and reflect on a true story, but it also sends all of the right messages through the film and provide inspiration to those looking for it.

Dan Ruettiger, a lifelong Notre Dame fan, committed himself to being accepted into the school and joining the National Championship contending football team after the death of his best friend Pete. After spending time at Holy Cross junior college and working as hard as he could in the classroom, he was accepted on his last try to Notre Dame, only to later make the football team as a walk-on, and dressing for the first time in his final contest.

Rudy was barely five feet tall and did not have even close to the necessary athletic ability to achieve his athletic goals, while also never being a stellar student in high school. But through hard work, determination, belief, and his willing to never give up, he earned everything that he worked for. This message can be sent to any kid out there (or person for that matter) that believes their goals are unattainable. With the right mindset and work ethic, anything is possible, even suiting up for the Golden Domers.