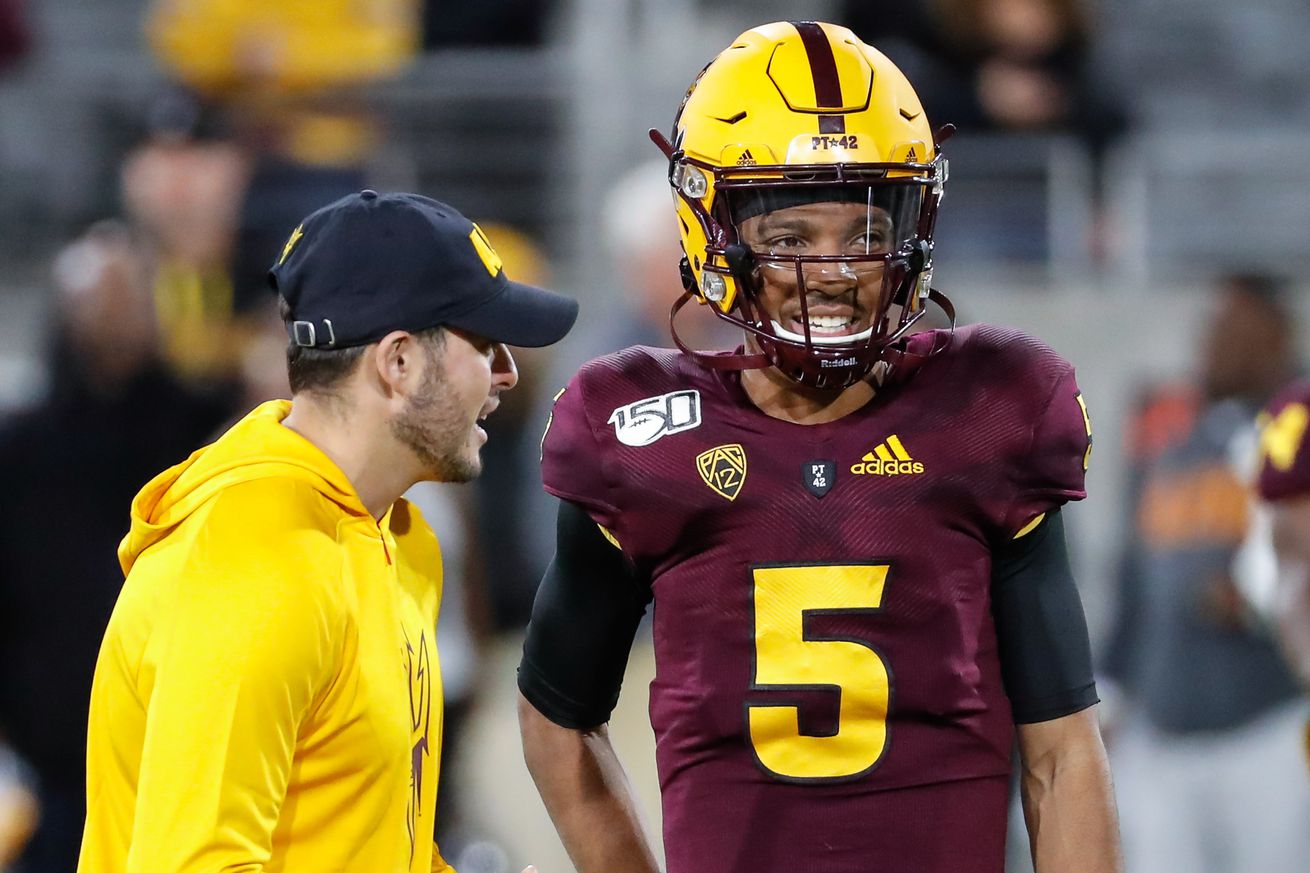 We wanted to give a few updates about the recruiting trails in terms of interest for the Sun Devils.

As of Saturday morning, the Sun Devils don’t have a commit in their 2021 class after wide receiver Alonzo Fontentte decommitted back in February. There has been plenty of interest in Arizona State around the nation.

Somerville is rated by 247Sports as the best prospect in Arizona and 70th across the nation. He included Arizona State in his top eight back on Mar. 17.

Benny is ranked as 126th best overall prospect and 16th best at the offensive tackle position by 247Sports. He included the Sun Devils in is top 14.

The Sun Devils already secured four-star Marcus Bagley for their recruiting class. The other two main prospects Bobby Hurley and company have tried their hardest to get is five-star shooting guard Joshua Christopher and four-star center Cliff Omoruyi.

Omoruyi, the New Jersey product, appears more likely to end up in the maroon and gold. 247Sport’s 41st overall prospect currently has 100% in the website’s Crystal Ball based on predictions of 10 experts.

Christopher’s predictions have him headed to Michigan and he has a lot of interest from UCLA as well.