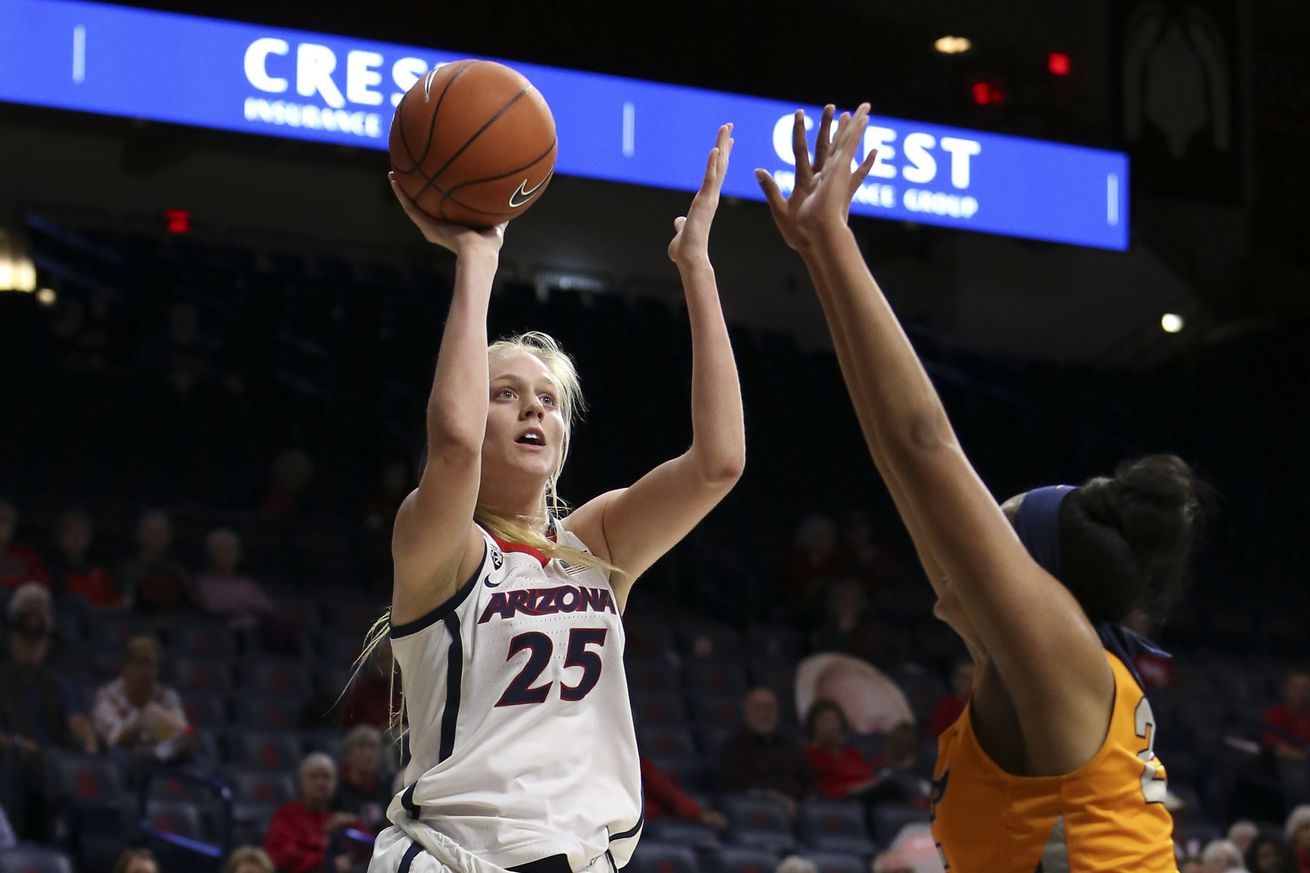 Three of the top 15 players in a loaded Pac-12 conference reside with the Arizona Wildcats.

No school had more selections. Stanford and Oregon State also had three players make the cut.

McDonald was an All-American and the Pac-12 Defensive Player of the Year last season after averaging 20.6 points, 5.6 rebounds, 3.6 assists and 2.3 steals per game.

Thomas made the All-Pac-12 Defensive Team and averaged 9.5 points, 3.4 rebounds, 1.7 steals and 1.5 blocks per game last season, the only player in the conference to have at least 40 blocks and 40 steals. She also shot a career-high 37.8 percent from the 3-point line.

Reese turned in another solid year, making the all-conference team and finishing second on the team with 13.6 points per game and leading the team with 7.5 rebounds per game.

The Wildcats have a bunch of other solid players too like Shaina Pellington, Trinity Baptiste, Bendu Yeaney and Helena Pueyo—why they were picked to finish second in the Pac-12 by the media and coaches (and even garnered some first-place votes).