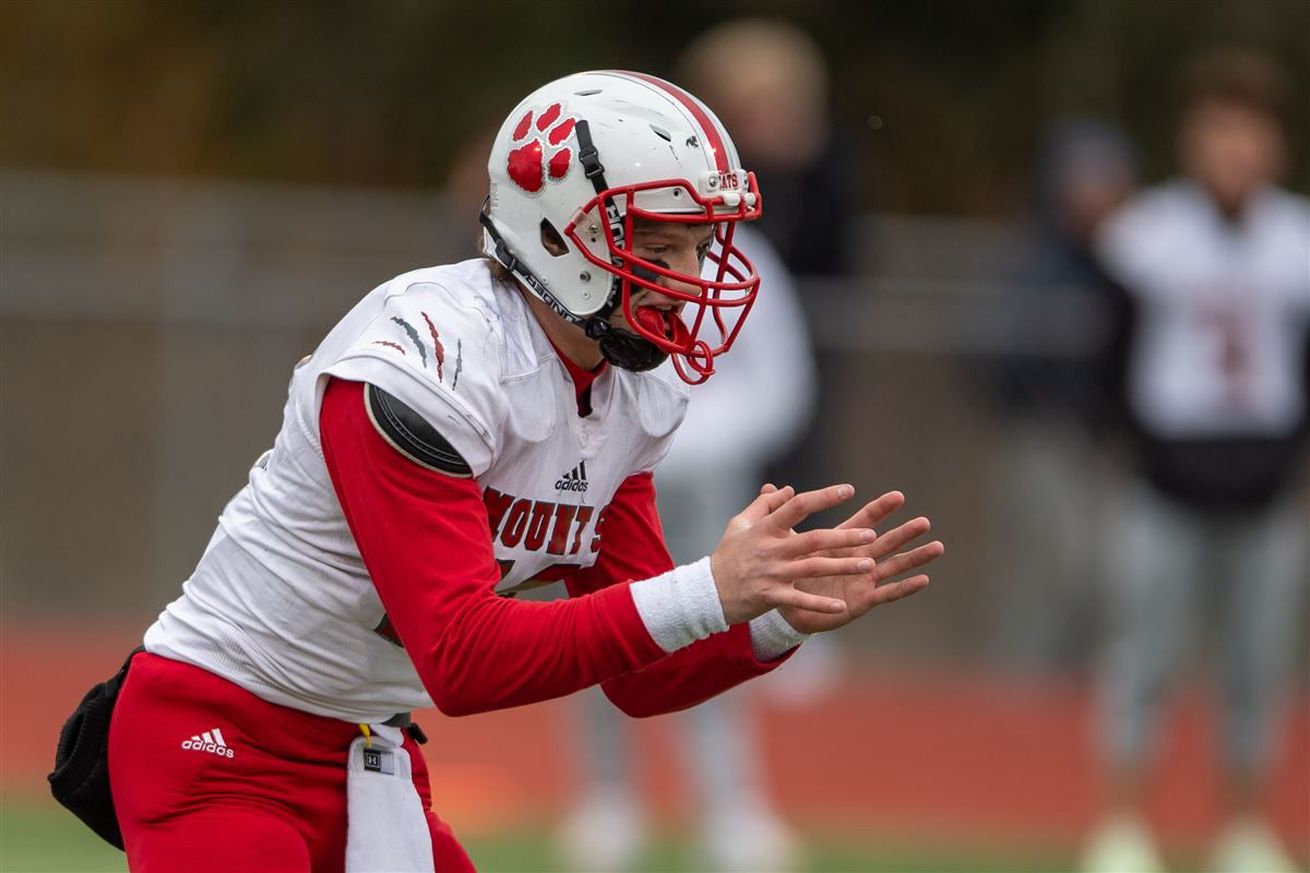 No one player makes or breaks a recruiting class, but a good quarterback prospect sure does help it. And now the Arizona Wildcats have secured that key piece for 2021.

Clay Millen, a 3-star QB from Washington, committed to the UA on Friday over Colorado, Indiana and Oregon State, giving the Wildcats their highest-rated recruit of a rising 2021 class.

The 6-foot-3, 188-pound Millen is ranked by 247Sports as the No. 418 player in the country as well as the 19th-best pro-style passer and No. 11 prospect from Washington. He is the son of former Washington and NFL quarterback Hugh Millen, who played for the Huskies in 1984-85 and four pro teams from 1987-95, and his older brother Cale is a redshirt freshman at Oregon.

A backup to his brother his first two seasons at Mount Si High School in Snoqualmie, Wash., Millen threw for 3,145 yards and 34 touchdowns against one interception last fall.

“Boasts the arm strength, athleticism and play-making ability optimal for the position,” 247Sports national recruiting editor Brandon Huffman wrote. “Makes the smart throws, plays within the context of his offense but can make plays when out of rhythm and off platform and isn’t afraid to take a few risks, with a little bit of a gunslinger mentality. Son of former NFL quarterback, has been around the game, and understands concepts and coverages. Loaded with physical upside. Projects as multi-year Power 5 starter and projects as late second day or early third day pick in the NFL draft.”

Millen’s main recruiter at Arizona is offensive coordinator Noel Mazzone, who has now landed four QBs in two-plus years with the Wildcats. He flipped Kevin Doyle from Michigan shortly after he and Kevin Sumlin were hired in 2018, signed Grant Gunnell in 2019 and Will Plummer in 2020.

“I’ve just gotten to know him and he’s a genuine guy,” Millen said of Mazzone. “He’s a guy I want to play for. I was talking with Grant Gunnell about him and he and everyone on the Arizona staff loves him. He seems like a great coach.”

Arizona, which in early May was the only power-conference program without a 2021 commitment, now has eight. Four have come since Sunday, lifting it to sixth in the Pac-12 and 69th nationally.