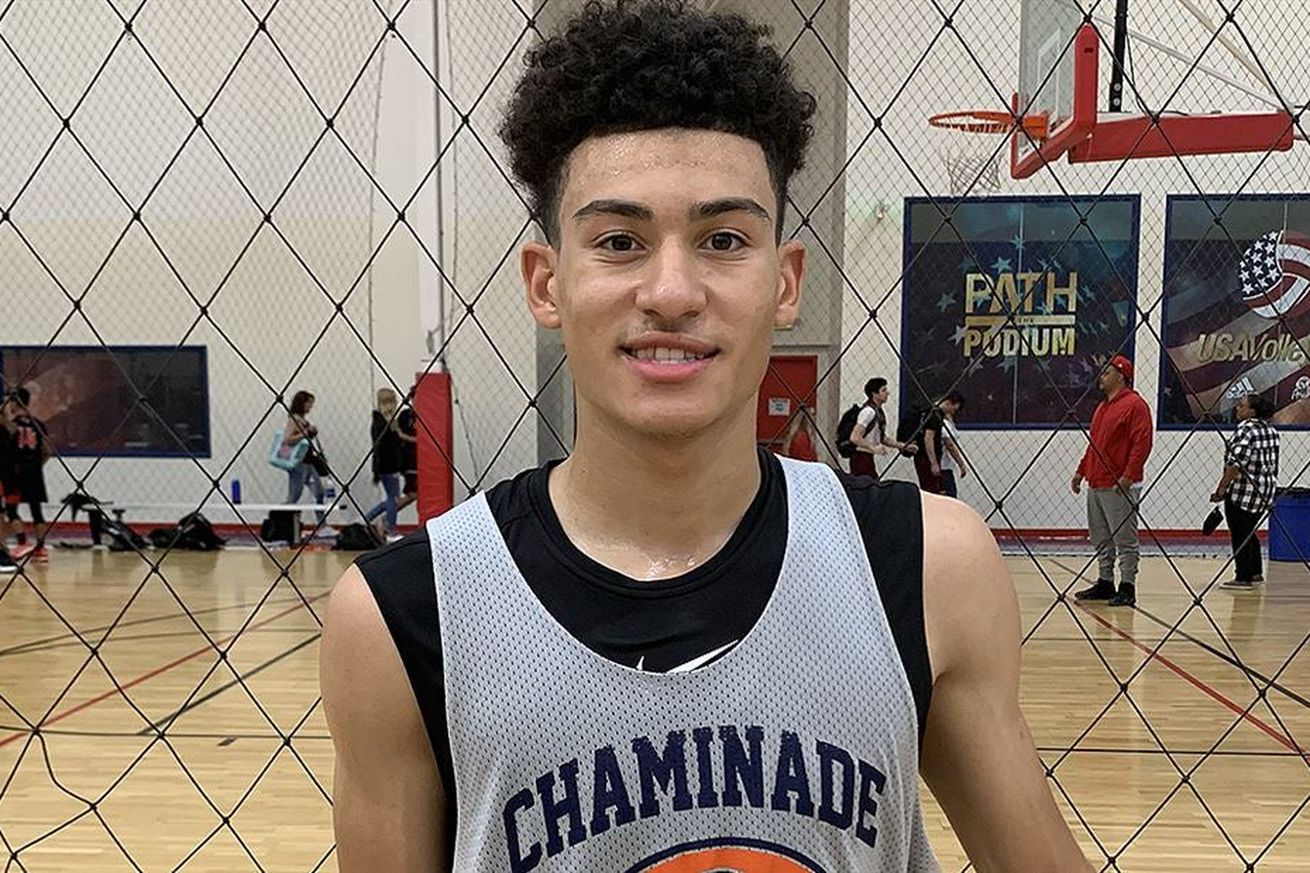 The Arizona Wildcats may be on the cusp of landing their first commitment of the 2021 class.

K.J. Simpson, a 4-star guard from California, is set to announce his decision at 3 p.m. PST on Saturday, and it appears the UA is the frontrunner. Or at least that’s how it looks to a pair of Rivals.com Futurecast predictions, which have listed Arizona as Simpson’s choice on Friday.

The 6-foot-2, 175-pound Simpson is ranked by 247Sports as the No. 111 player in the 2021 class, as well as the seventh-best combo guard and the No. 7 prospect from California. From West Hills, Calif., he plays for Chaminade High School and AAU program West Coast Elite, the latter of which recent Wildcat freshmen standouts Nico Mannion and Josh Green played for.

Simpson is an athletic combo guard with okay size but good length and athleticism. Plus athlete both laterally and vertically. Competitive kid who plays hard on both ends. Has vision to play on ball at next level but will need to improve against ball pressure. Athleticism makes him tough cover in transition. Versatile defender who can guard both one and two at next level. Projects as high major starter. If handle and jumper improve he will take his stock to next level.

Simpson’s possible commitment to the UA comes on the heels of the program extending a scholarship offer to Jamarion Sharp, a 7-foot-2 center who plays for John Logan College in Illinois. An All-Great Rivers Athletic Conference selection his freshman year, Sharp also holds offers from Cincinnati, Oregon and West Virginia.