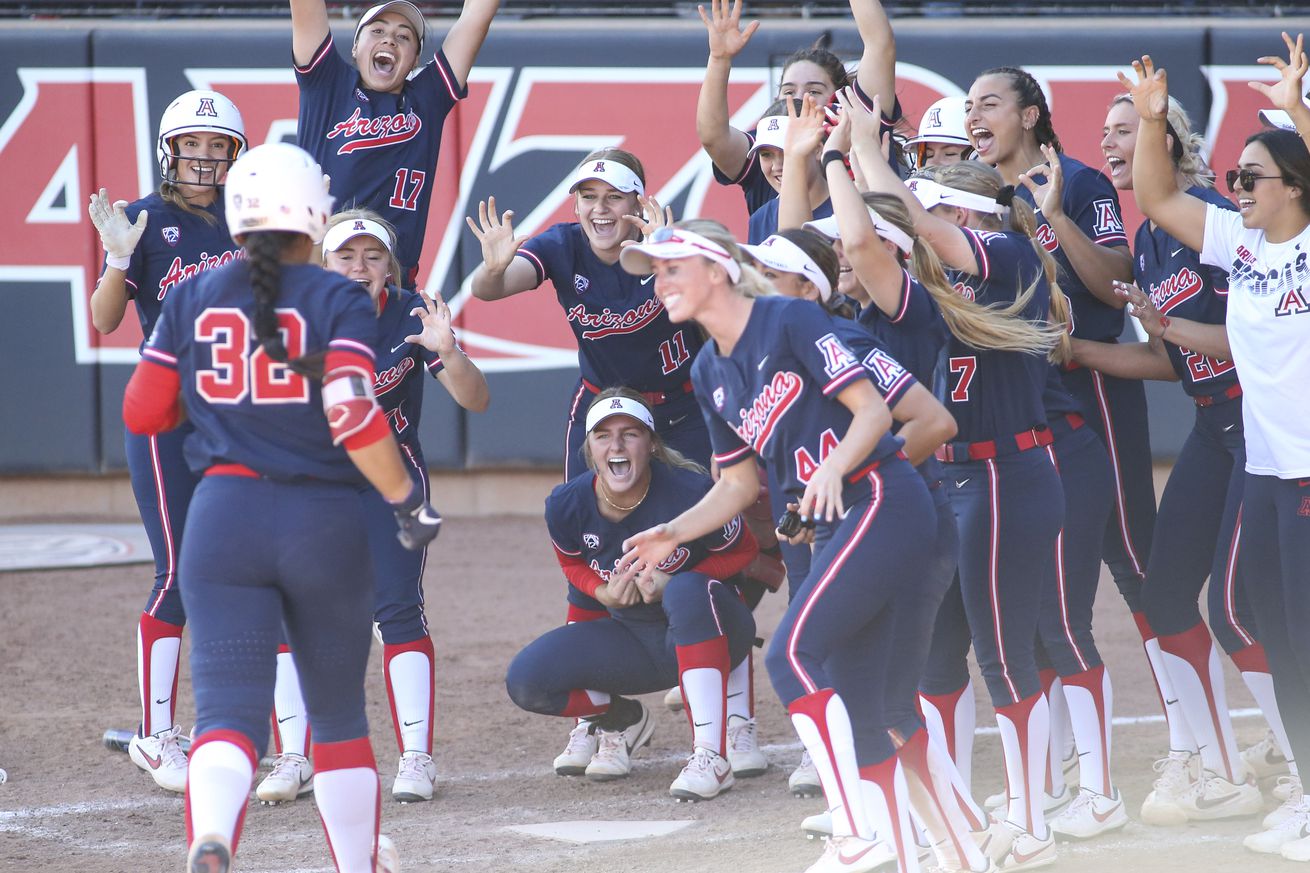 Competition is still months away, but Softball America has released its 2021 ‘Way Too Early’ College Top 100. The Arizona Wildcats placed five members of their stellar senior class on the list.

The top 13 include three Wildcats: No. 3 Jessie Harper, No. 11 Dejah Mulipola and No. 13 Alyssa Palomino-Cardoza. Reyna Carranco came in at No. 73 and pitcher Mariah Lopez is listed at No. 76.

Harper went into her first senior season 26 homeruns behind former Wildcat Katiyana Mauga for the all-time Pac-12 record. After hitting 29 her junior year, it wasn’t entirely out of the question that she would get there. When COVID-19 forced the 2020 season to be called off early, she had added 10 to her total.

Going into her redshirt senior season, the All-American short stop now needs just 16 homeruns to tie her former teammate. Nineteen long balls will tie her with Oklahoma’s Lauren Chamberlain for the NCAA record. Harper has hit at least 18 in every full season she has played.

Harper has been an NFCA All-American twice—once at first base and once at short stop. The organization did not award All-American honors for the shortened season in 2020.

Mulipola returns to the Wildcats after spending last year with Team USA. She helped lead Arizona back to the Women’s College World Series in 2019 on the way to picking up the Johnny Bench and NFCA Catcher of the Year awards.

Palomino-Cardoza heads into her sixth year in an Arizona uniform. The reliable centerfielder has not committed an error in the three years she has spent as a starting outfielder. She has also given coach Mike Candrea options by playing first base her sophomore season while coming back from her second ACL injury.

Candrea often praises Carranco for her lack of emotion on the field. Staying on an even keel helped the second baseman become the first Wildcat to win Pac-12 batting champion when she hit .433 in the 2019 regular season.

Lopez rounds out the group of seniors with high expectations from Softball America. The right-hander pitched for Oklahoma her first three years. She became the Sooners’ all-time leader in win percentage while winning a national title. Her .939 career winning percentage will be the all-time record in NCAA softball if she can keep it up through 2021 while earning at least nine decisions.

Along with fellow seniors Alyssa Denham and Malia Martinez, the quintet will be joined by a strong group of returners and a group of freshman that was ranked as the No. 1 class by some evaluators.