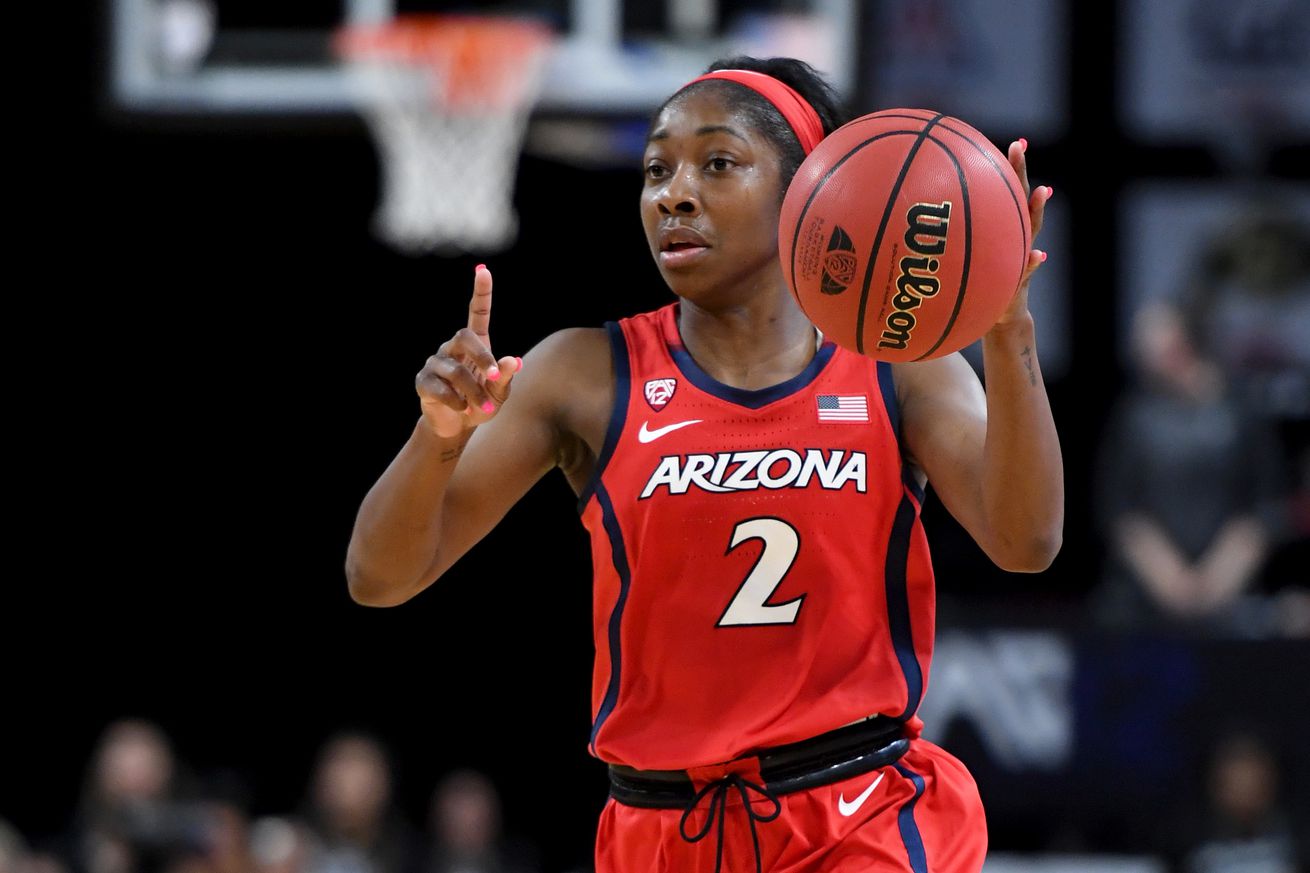 Pac-12 Defensive Player of the Year. Ann Meyers Drysdale Award. All-Pac-12. Second-team AP All-American. Those were among the many honors Aari McDonald earned as a junior. As a senior, she’s picking up where she left off.

After being named to the Ann Meyers Drysdale Award Watch List earlier this week, McDonald was named to the five-player AP Preseason All-America list on Thursday. It’s the first such honor for any Wildcat in program history, but it’s not something that McDonald is heavily focused on.

“It’s a humbling honor,” she said. “I’m blessed to be named an All-American and I will just continue to do my thing. This is all out the window, probably tomorrow at practice.

“We don’t worry about the accolades we get. Yes, it’s a good thing to have, but we just got to work on ourselves and keep getting better. Because at the end of the day if you look around the country everybody has the same common goal, which is winning a national championship. So it’s all for grabs so we just have to just focus on ourself and just get better and stay in the moment.”

McDonald was on 27 of the 30 ballots of the AP voters.

She has been one of the top scorers in the women’s game for the past two years. In her debut season as a Wildcat in 2018-19, she finished third in the nation with 24.1 PPG as she led the team to the WNIT title. She has also led the Pac-12 in steals for two straight seasons and been one of Arizona’s best rebounders, making her a threat at both ends of the floor.

McDonald will join fellow preseason All-Americans Michaela Onyenwere (UCLA), Rhyne Howard (Kentucky), Aliyah Boston (South Carolina) and Dana Evans (Louisville) in a chat with AP women’s basketball reporter Doug Feinberg on Friday at 5 p.m. MST. It will be streamed either on Feinberg’s Twitter account (@dougfeinberg) or on the @AP_Top25 account.