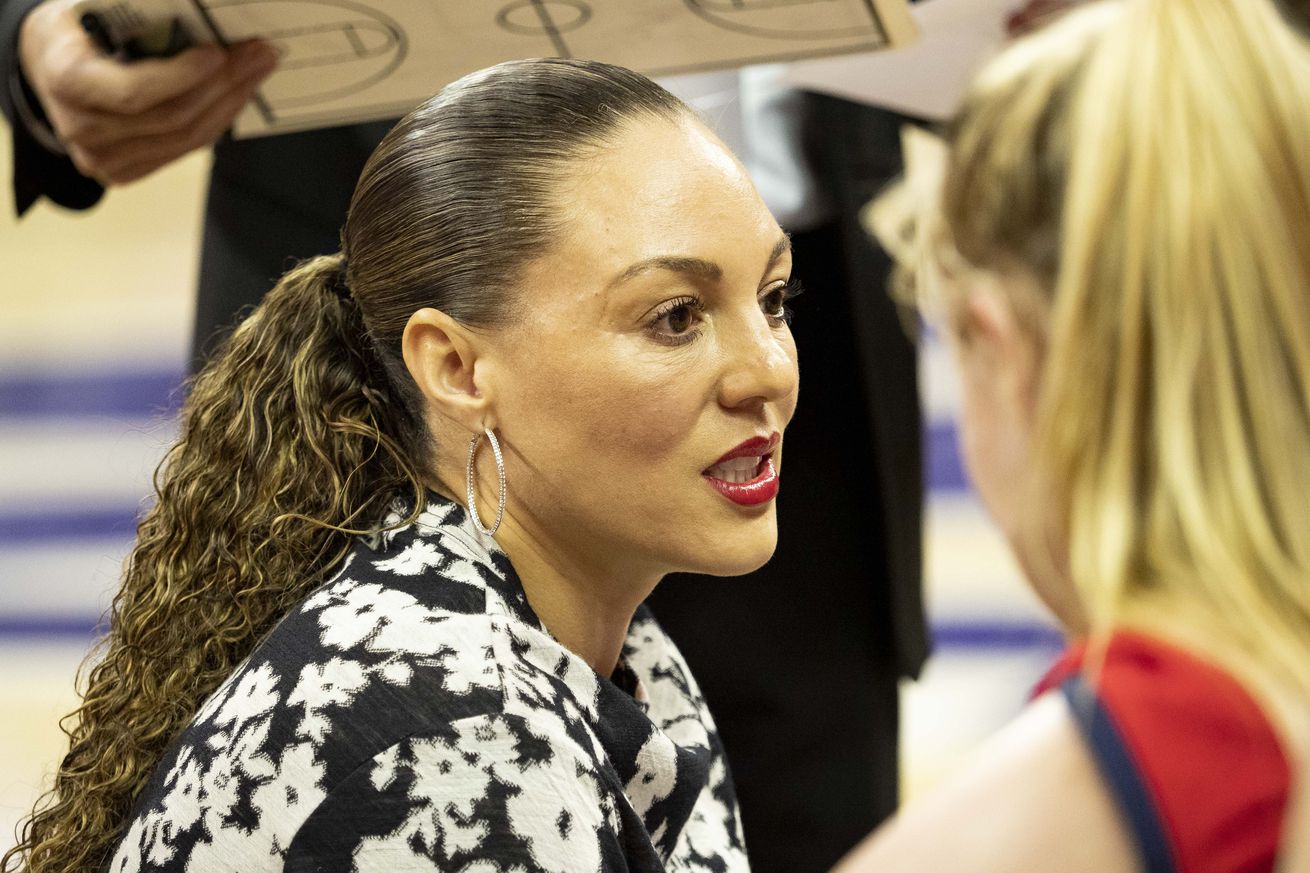 Arizona’s recruiting class might be ranked in ESPN’s top 15, but Adia Barnes had some regrets about the misses in 2021. Such are the heightened expectations of the UA coach as her program rises in national esteem.

“I was hoping we had one or two more, but it didn’t work out that way,” she said. “So I’m anticipating to finish up this ‘21 class. I’m anticipating in the spring, possibly, one more. One more person that we kind of have our eye on and and that we really like…and then possibly, possibly a transfer.”

That’s not to say that she wasn’t excited about the three players the program signed during the early signing period. Barnes and her staff will bring in two top-100 Americans and a talented Estonian.

“(Anna Gret Asi is) a very talented guard,” Barnes said about her international signing. “She’s a two guard that can play also the one, but she does not want to go to college to play the one. But she’s capable. She is very unique in the sense she can score and she can create her own shot. She’s got flow.”

The Americans include in-state prospect and No. 71 recruit Madison Conner. Keeping that talent home is important to Barnes, especially when they are a threat on both ends of the floor.

“It’s very rare to have an extremely talented player in the state of Arizona,” Barnes said. “And we have a couple every probably 10 years, and they never seem to stay in Arizona. If you think of, you know, Cal got a couple…like there’s a lot of times players end up leaving. And Madison was someone who I was her first offer. When I first got to Arizona five years ago, I knew I wanted her. She’s a great shooter. She’s got a very high basketball IQ. She’s got a very fast release. And I think what I loved more than all of that stuff was just she’s feisty. She’s a competitor. She’s not afraid. And most of the time, shooters aren’t like that. Most times shooters want to shoot, but they don’t want to get down and play defense. They don’t want to fight.”

For third time in the past four years, Barnes also signed a Top 100 post. Aaronette Vonleh will bring a true post presence that the coach is looking for. She also has Wildcat ties, including to one of Barnes’ former teammates.

“She’s someone else I was one of the first offers,” Barnes said of Vonleh. “The history with her is back like three years ago, she played for former Arizona Wildcat, Lisa Griffith. So Lisa Griffith had a new club called F.A.S.T. And it’s a Nike club. And she coached her, so I knew about Aaronette a long time, and I was one of her first offers. And I just kind of watched her grow.

“The special thing about Aaronette is she’s got very good size. She’s really good around the basket, but she’s got very soft hands. So to have the size and stuff, you usually don’t have the hands and footwork she has. It must be in her genes, because her brother (Noah Vonleh) has the same thing, but she’s gonna be a good player, I think she’ll be a better college player than high school player, I think because she’ll have so many more resources and just get coached a little bit differently.”

As for possible spring signings, Barnes can’t discuss particulars right now, but the portal is becoming more and more important these days. Even before the disruption of the coronavirus, transfers had become an important part of building a program quickly, as Arizona well knows.

With the NCAA giving all players an extra year of eligibility, it may play an even bigger role in the next few years. One SEC coach tweeted that she was going to wait for the portal this year rather than signing anyone during the early signing period. Both the extra year and the expectation of a one-time transfer exemption may play heavily into the recruiting equation.

“I’m curious to see how many coaches actually take that philosophy or take that route,” Barnes said. “I think a lot will, because there’s also the one-time transfer, which is supposed to be coming into effect. I think you’re going to see a lot of portal activity…but I think that just relying on that is different. I’m interested to see how it’s going to play out, because how many scholarships are teams going to get? So I don’t know what to expect for that, because it’s just so new….and I think that (transfers are) going to happen everywhere. Because let’s say in a perfect situation Aari (McDonald) came back, if Sam (Thomas) came back, that’s going to drastically change our roster. Because then it’s like, if you’re a freshman behind those two positions, you sit another year. So I think that affects a lot of other players. So I think you will see a lot of transfers. I think that’s just kind of going to be how women’s basketball is now. You’re going to see every school losing multiple people.”

When all is said and done, Barnes is concerned about the size of the rosters next year. The financial considerations are especially important to her after the Athletic Department recently laid off 21 staff members.

“I’m not gonna have like a 18-19 player roster in a pandemic when people are losing jobs,” she said. “I just don’t want to do that.”