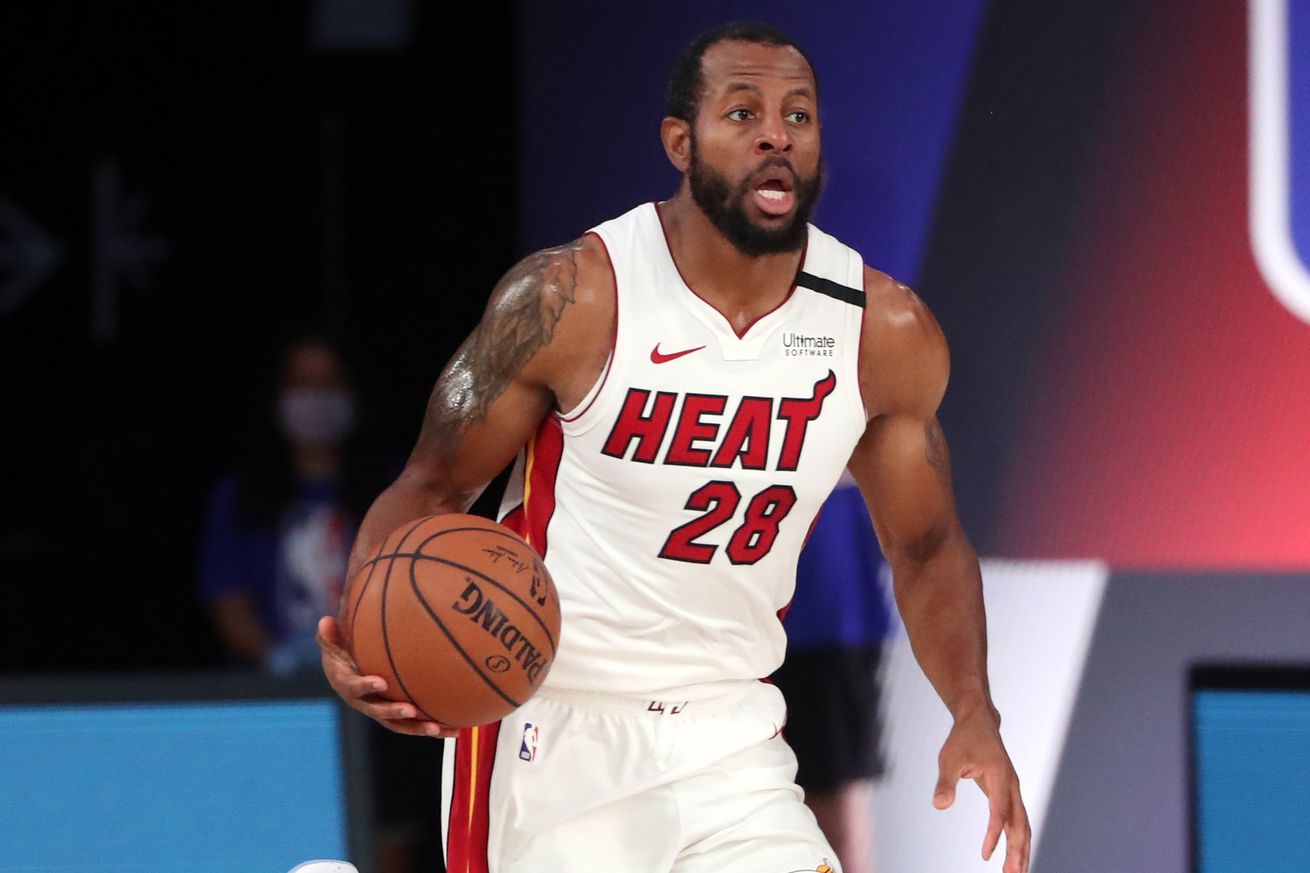 He’s the last Lute Olson-coached player in the league

Andre Iguodala is the last Lute Olson-coached player in the NBA, a title he will hold for a little while longer.

As the 36-year-old readies to enter a playoff run with the Miami Heat, he told Mark Medina of USA Today that he has “about a year of two left” before retirement.

“I’m serious this time,” the former Arizona Wildcat said, alluding to the time he threatened to retire to avoid joining the Memphis Grizzlies. “I got two left.”

Iguodala has plenty of incentive to stick around. After being traded by the Grizzlies to the Heat in February, he quickly inked a two-year extension with the club that will pay him $30 million, though the second year is a club option, meaning it will be Miami’s decision to keep him around.

Though Iguodala’s game doesn’t always translate to the stat sheet and Heat coach Erik Spoelstra called him “one of the highest IQ players already that I’ve coached,” Iggy’s numbers have steadily declined over the past few seasons.

As far as life after basketball goes, Iguodala is already heavily involved as an investor, particularly in tech companies, including Zoom which has been booming during the coronavirus pandemic.

“When you first start doing it you have to pay attention because this is your actual money that you’re gaining or losing, so that forces you to hold yourself accountable, paying attention,” he said in an interview with The Athletic. “And then once you start paying attention, you get more and more interested in it and you keep diving deeper, and then you stay up to date, and you stay current with what’s going on with the markets. And once you start doing that, you just surround yourself with information, and when you gain information, the more you know about something, the more comfortable with it. And that’s just with anything you do. You become better the more you time put in something. So once I did that, with the help of my team, that’s just how it worked out. It’s like playing basketball: I can get better, and I can go deeper, dive deeper into it. It’s been a great process.”