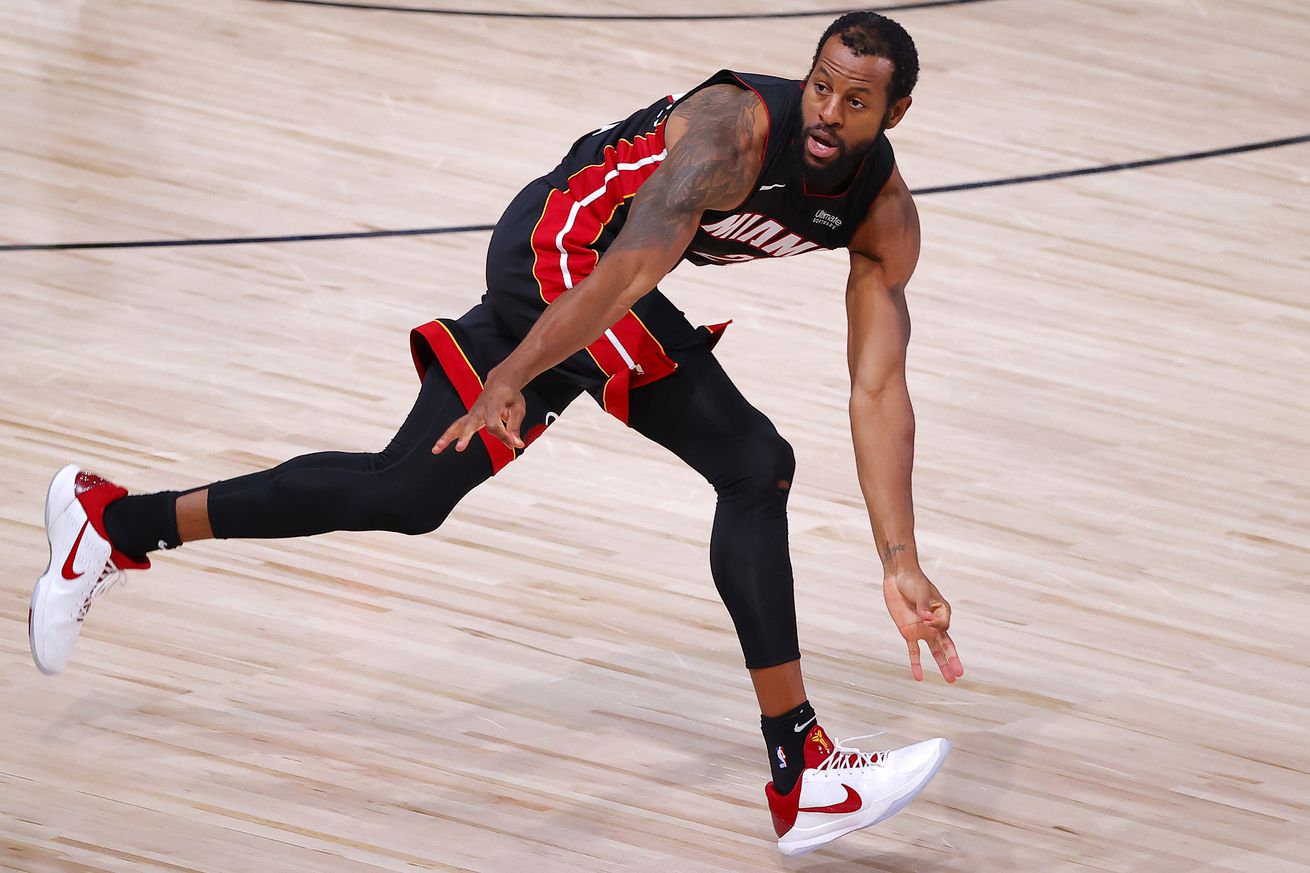 The Miami Heat beat the Boston Celtics 125-113 on Sunday to win the Eastern Conference Finals in six games. It marks the sixth straight year Iguodala has reached the NBA Finals, just the 10th player to ever do that.

What makes Iguodala’s streak so impressive is that he’s done it with multiple organizations. (He previously made five straight Finals with the Golden State Warriors.) LeBron and James Jones are the only other players to do that.

Iguodala, 36, was a big factor in clinching his sixth straight trip, posting 15 points, three rebounds, two steals and an assist in Miami’s Game 6 victory. That included a scorching 4 for 4 from 3-point land and a +20 plus-minus that ranked second on the Heat.

It was Iguodala’s highest scoring outing of the playoffs. He’s mostly a defensive specialist these days.

Hill had a rebound in five minutes in Game 6.

– Rested pretty much the whole regular season
– Promoted his book
– Got traded to a contender
– Signed a $30M extension
– Advances to his 6th straight Finals pic.twitter.com/NEGrZjgwJZ