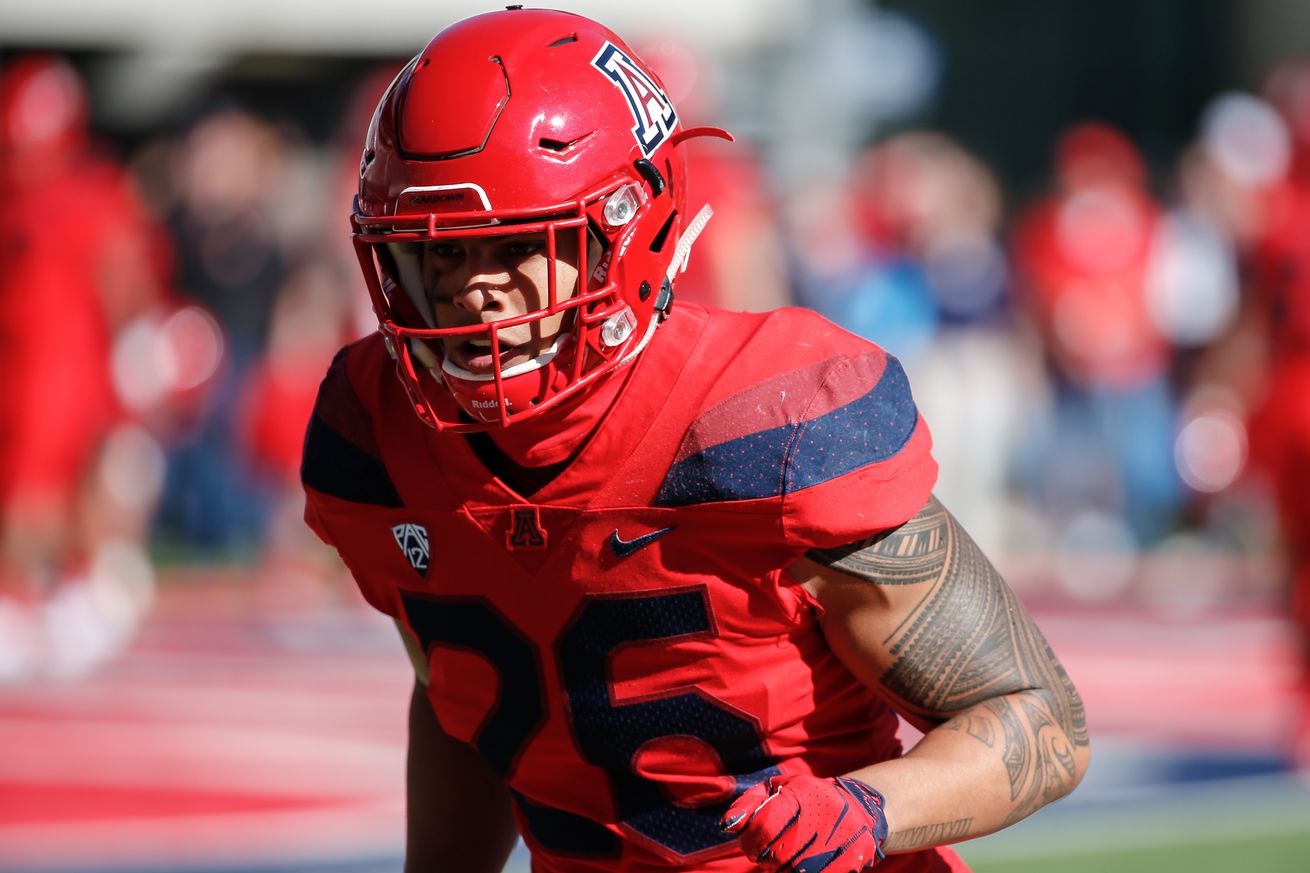 Once projected to be their greatest strength, the Arizona Wildcats linebacking corps is arguably their biggest question mark heading into the 2020 season.

Star seniors (and leading tacklers) Colin Schooler and Tony Fields both transferred over the summer, leaving Arizona with only five scholarship linebackers and senior Anthony Pandy as the only one with notable game experience.

“Anthony’s leadership has always been apparent and that hasn’t gone anywhere,” said first-year defensive coordinator Paul Rhoads. “But myself and the rest of us will certainly be more reliant on him as we move forward because of what he’s been through and the credibility he has as a talented, physical player.”

Pandy, who started eight games and had the third-most tackles on the team last season, moved to outside linebacker in the spring so the Wildcats could get him on the field with Schooler and Fields in their new 3-4 alignment.

Or at least that’s what they hoped.

Now that Pandy is the last man standing, he has moved back to inside linebacker—more specifically “Mike” linebacker—where his responsibilities have heightened considerably.

“I’m pretty much calling the shots on defense,” he said. “Since they left I realized that I have to step up a lot, mature more.”

That was apparent on the first day of practice when head coach Kevin Sumlin, watching virtually from his home, noticed Pandy giving pointers to some of the many newcomers.

Pandy says it’s his way of paying it forward.

“I’ve set the example and just tried to teach the freshmen what Colin and Tony taught me,” he said. “I’m trying to teach them what I know about alignments, assignments, my keys, what I’m looking at before a play. … Just basically what I’m thinking about pre-snap, what I know, how I study film, how I live, how I work out, my eating habits, stuff like that.”

Pandy claims he’s in the best shape of his life. He used the long offseason to get his lower body up to par with his upper body.

“My glute strength, my hamstrings, just my explosiveness, hips, matching routes, stuff like that,” he said. “Mostly my legs, though, because I need more explosiveness.”

Such as keeping a cleaner diet. He even went vegan for a week.

“I wasn’t gaining no weight…so I was like, ‘I need some meat,’” Pandy laughed. “Now I’m a pescatarian.”

Pandy knows Arizona will need him to play an extraordinary number of snaps this season, likely more than any other defender. He’s relishing the opportunity.

“I wasn’t tempted to transfer, leave or anything,” he said. “I wanted to play with them guys (Schooler and Fields), but they did what was best for them. So I’m not knocking them in any way. I’m still here for my team.”

It’s the same reason he agreed to move to Mike linebacker, a position he’s never really played in a game before.

With depth at a premium, Arizona’s freshman linebackers are preparing as if they are going to play this season.

Expect Derick Mourning—or D.J. as they call him—to be one whose number gets called from the get-go. The three-star recruit from Paetow High School in Katy, Texas has been impressing through three days of camp.

“We recruited him with Colin Schooler and Tony Fields on the roster, but yet still needing depth at the inside linebacker position,” Rhoads said. “So he’s a guy that played outside in high school, more that we recruited to play inside just because of necessity and obviously that necessity is grown. So we’re getting him fast reps and hopefully he’ll be a quick study and get to a point where we can use him inside as a true freshman.”

Mourning is listed at 6-foot-3, 229 pounds, the kind of body type “that’s going to help us,” Sumlin said. Mourning is coming off a big senior season in which he posted 75 tackles (10 for loss) and seven sacks.

“D.J. has big size,” Pandy said. “He is bigger than me, honestly, as a freshman, so that’s a big contribution, big help. He’s not slow, he’s fast, he’s learning quick. All the freshmen are learning quick, all the freshman backers, all the D-line, everyone’s pretty much learning quick. Coach Rhoads is doing good at making sure everyone understands why we’re running each play and his scheme and everything.”