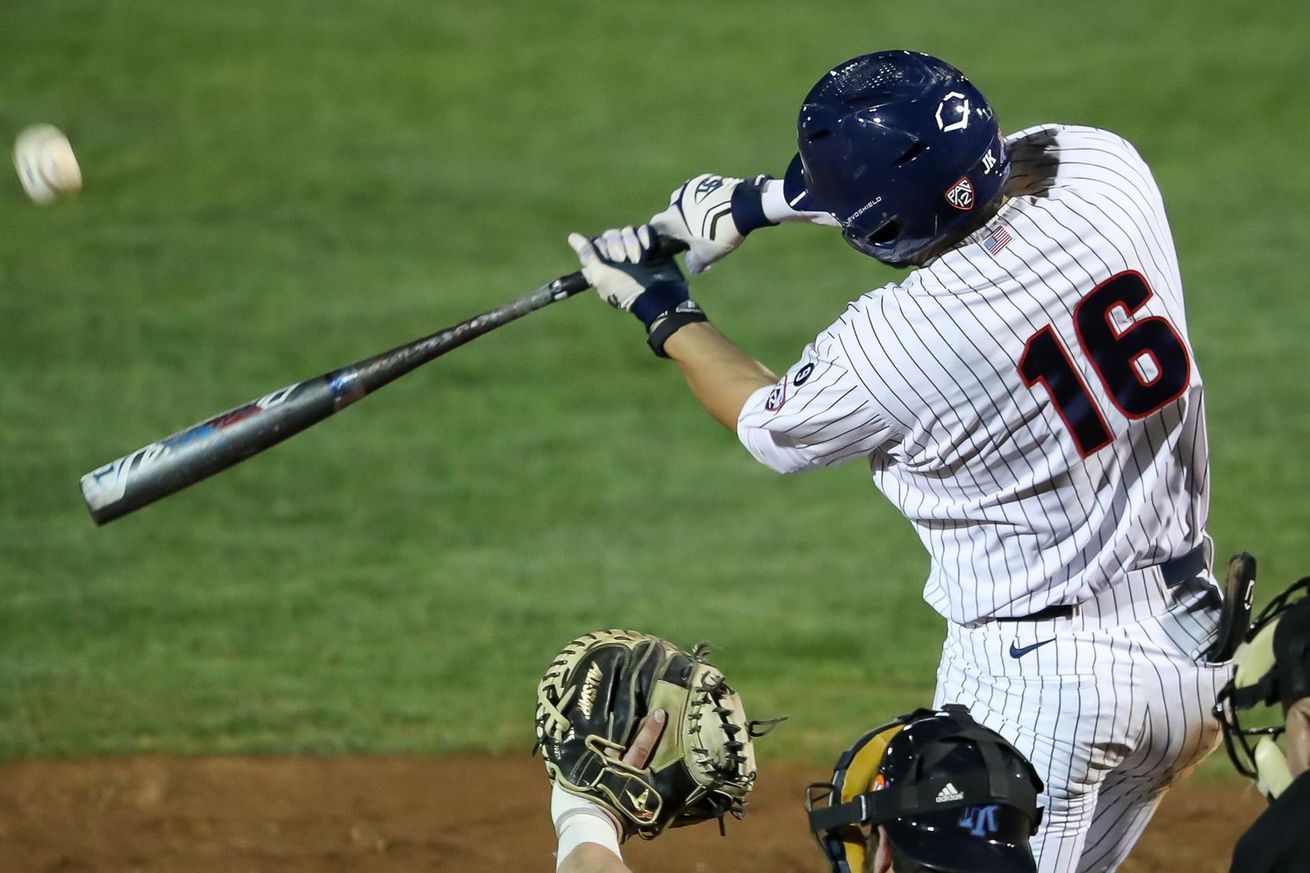 All things considered, the Arizona Wildcats had a pretty good last few days.

The only two members of the 2020 squad to have their names called during the shortened 2020 MLB Draft—catcher Austin Wells and utilityman Matthew Dyer—were the ones projected to be selected, while just one of Arizona’s crop of highly-touted recruits was taken over five rounds and two days.

And just before the draft began Wednesday, the NCAA approved legislative relief for college baseball teams that will help them better manage outsized rosters next year that are a byproduct of the 2020 season getting cut short in mid-March because of the coronavirus pandemic.

Wells went No. 28 overall to the New York Yankees, the same team that drafted him in the 35th round in 2018, while Dyer was picked in the fourth round (No. 120 overall) by the New York Mets.

Both are expected to sign, with Wells’ pick slot worth about $2.49 million in bonus money and Dyer in line for a roughly $478,000 bonus.

The same goes for Nick Yorke, an infielder from California whom the Boston Red Sox picked 17th overall. Yorke was one of 12 players Arizona signed in the 2020 recruiting class, which Baseball America recently ranked eighth-best in the country.

Yorke, who was ranked the No. 139 draft prospect by MLB.com, was not Arizona’s highest-rated incoming recruit. Catcher Daniel Susac was ranked 64th and outfielder Chase Davis was ranked 83rd, and while they could opt to sign a pro contract rather than come to college the maximum they could get this year as an undrafted player is $20,000.

UA coach Jay Johnson said last week as many as five of his signees could have been drafted, one of many contingency plans he’d crafted while working on his 2021 roster, which will be much more bloated after the NCAA granted all spring sports athletes an extra year of eligibility. Johnson only gets 11.7 scholarships for his program, but at least now he knows how many players he can spread those funds around to.

Kendall Rogers of D1Baseball.com reported Wednesday that the NCAA had approved three pieces of legislation that would apply only to the 2020-21 academic year. Teams can have up to 32 players on scholarship, up from 27, and for next season won’t be limited to a total roster of 35. The minimum scholarship amount, normally the equivalent of 0.25, was also waived.

A fourth proposed change, upping the scholarship count from 11.7 to 13.7, was not approved.