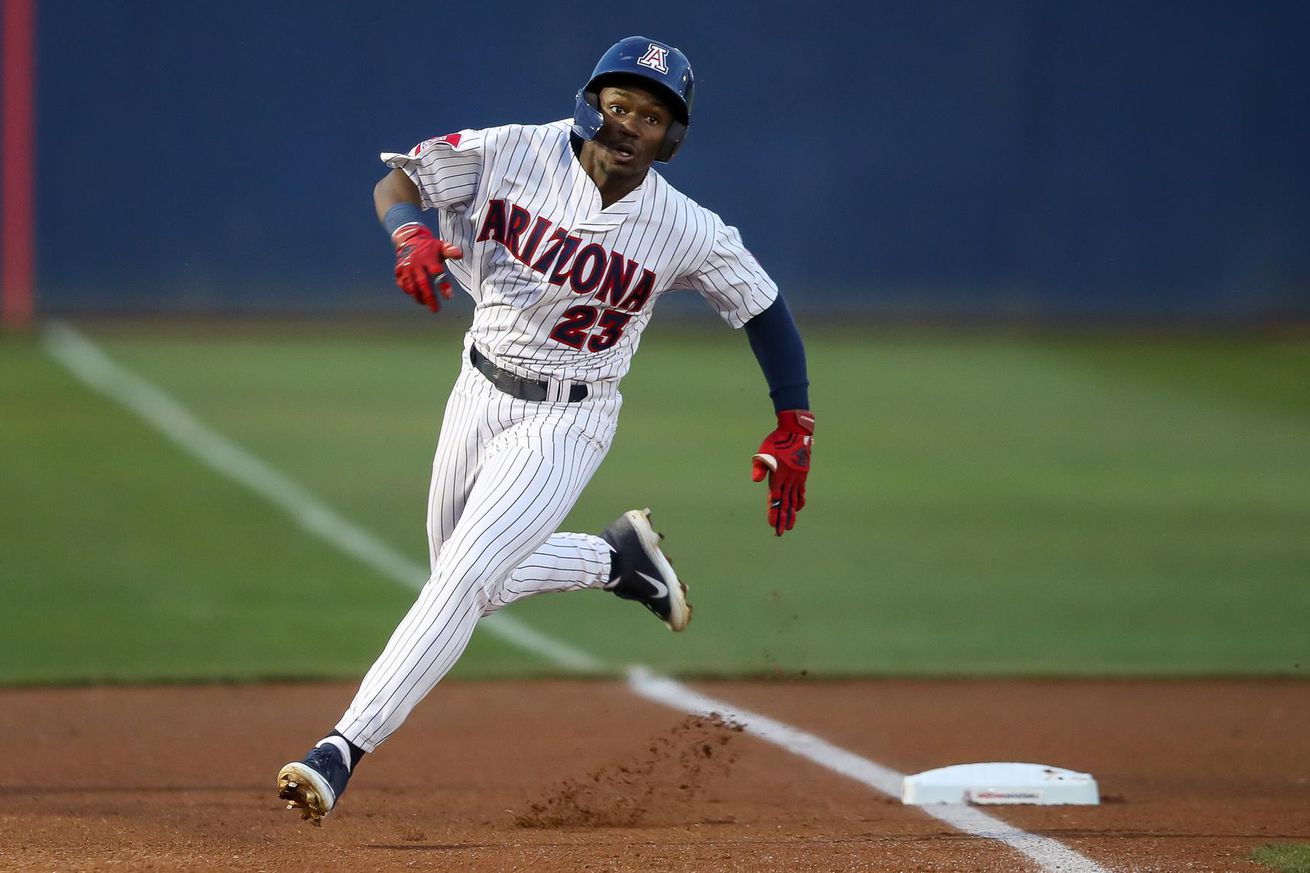 Normally at this time of year, Arizona baseball would be opening its fall camp and getting preparations underway for the first of its annual October games.

But because nothing is normal in 2020, due to the global coronavirus pandemic, the Wildcats’ fall camp looks and feels a lot different this time around.

With so many out of the ordinary things happening—from the fall exhibitions being cancelled, to getting tested twice a week for COVID-19, or even distancing during drills by using the fields surrounding Hi Corbett Field—the Cats have been doing a lot of the little, everyday things differently as they gear up for the 2021 season.

According to UA head coach Jay Johnson, during this unprecedented time the Wildcats are benefiting in a major way from having a roster loaded with upperclassmen.

“It’s a big deal,” Johnson said Thursday via Zoom. “We haven’t had a ton of seniors the last few years on our rosters, and as a coach that appreciates experience, appreciates leadership, it’s very valuable to have.”

“It’s a unique roster, and getting on the same page is very important,” Johnson said. “We’re not always allowed to do the things that we would do obviously because of the pandemic, so I’m going to rely on Vince and Dont’a and they’ll be extremely critical in our team’s success. Their ability to lead and ability to set good examples and build good rapport with the younger players will go a long way and determine how successful this team is.”

According to Williams, who was one of Arizona’s most productive hitters before the pandemic forced the 2020 season to be cancelled—he hit .348 and drove in 14 runs in 15 games—he is embracing his new role as leader by trying his best to lead through his actions.

“I’m not the most vocal person out there, but at the same time it’s just leading by example,” he said. “I’ve been here for four years now and it’s just kind of taking the younger guys under my wing and just getting that connection and just holding them accountable and holding myself accountable for my actions, and just kind of giving them a pathway to see how things are ran around the program.”

Vannelle, who will be a fifth-year senior because the NCAA granted spring athletes an extra year of eligibility, finished with a 1.35 ERA in five appearances in the shortened 2020 season. He has established himself as one of Arizona’s best pitchers in the two years since he transferred from Florida Southwestern State College.

He says that he and Williams approach to leadership is similar.

“I’m not a like very big vocal guy, but what I really want to do is leave this program better than when I found it,” Vannelle said.

“I want to leave my fingerprints all over this program through all the hard work and all the extra hours that can be taught to the younger guys about how to do certain things that can really benefit other teammates because it’s not really about me, it’s about every other pitcher that is on the staff and how I can help them and just kind of discuss mental approach and certain things like that that can really benefit a younger guy.”

As for making sure their teammates stay on top of COVID-19 protocols, both Williams and Vannelle believe the Wildcats are doing their best as a team to hold one another accountable.

“It’s just making sure our teammates want the season as bad we do,” Williams said.

Added Vannelle: “When we first got back to campus we all got on Zoom, and we began to talk about why we’re here. And we all want to win a national championship, that’s our main goal and everything else is just a distraction at this point.”