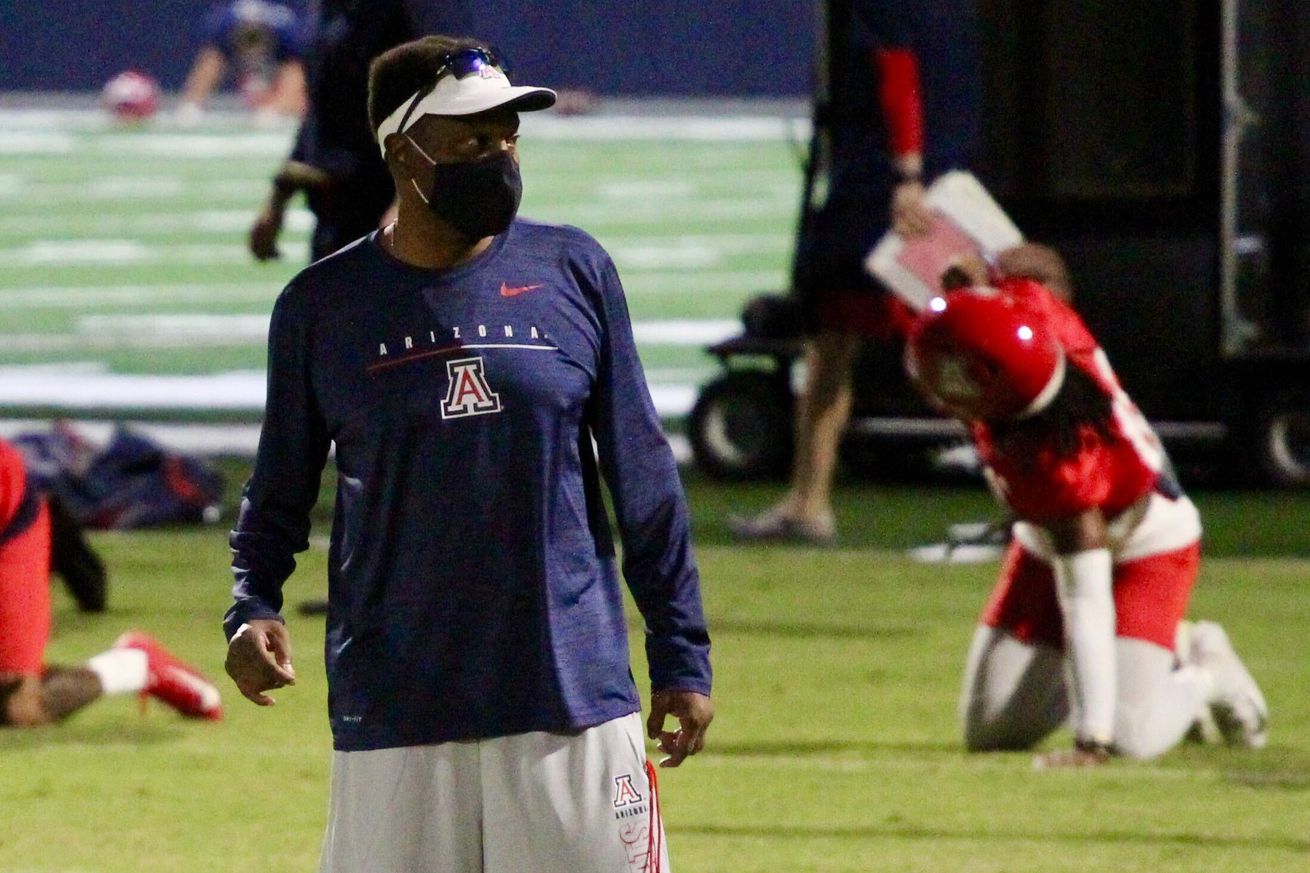 A week after announcing he had tested positive for COVID-19, Arizona Wildcats head coach Kevin Sumlin returned to the sideline for the UA’s third preseason practice on Monday night.

Sumlin, 56, had been isolating at his home since learning of his positive result, which forced him to observe Arizona’s first two practices via video. Both he and his son, Joey, a junior on Salpointe Catholic High School’s football team, have been asymptomatic.

“Unfortunately that happened,” Sumlin said Friday, via Zoom. “That’s the bad part, but the good part is I’m doing well. And so is my son. He’s had no symptoms. I go through a protocol with him every morning and he’s like, ‘no Dad, I just need something to eat.’ When you’re 16 it doesn’t really matter. It’s a weird deal, but we’re getting through it. I think we’re all just tired of sitting in the house for 10 or 12 days.”

Sumlin said at the time he hoped to be cleared to return by Monday.