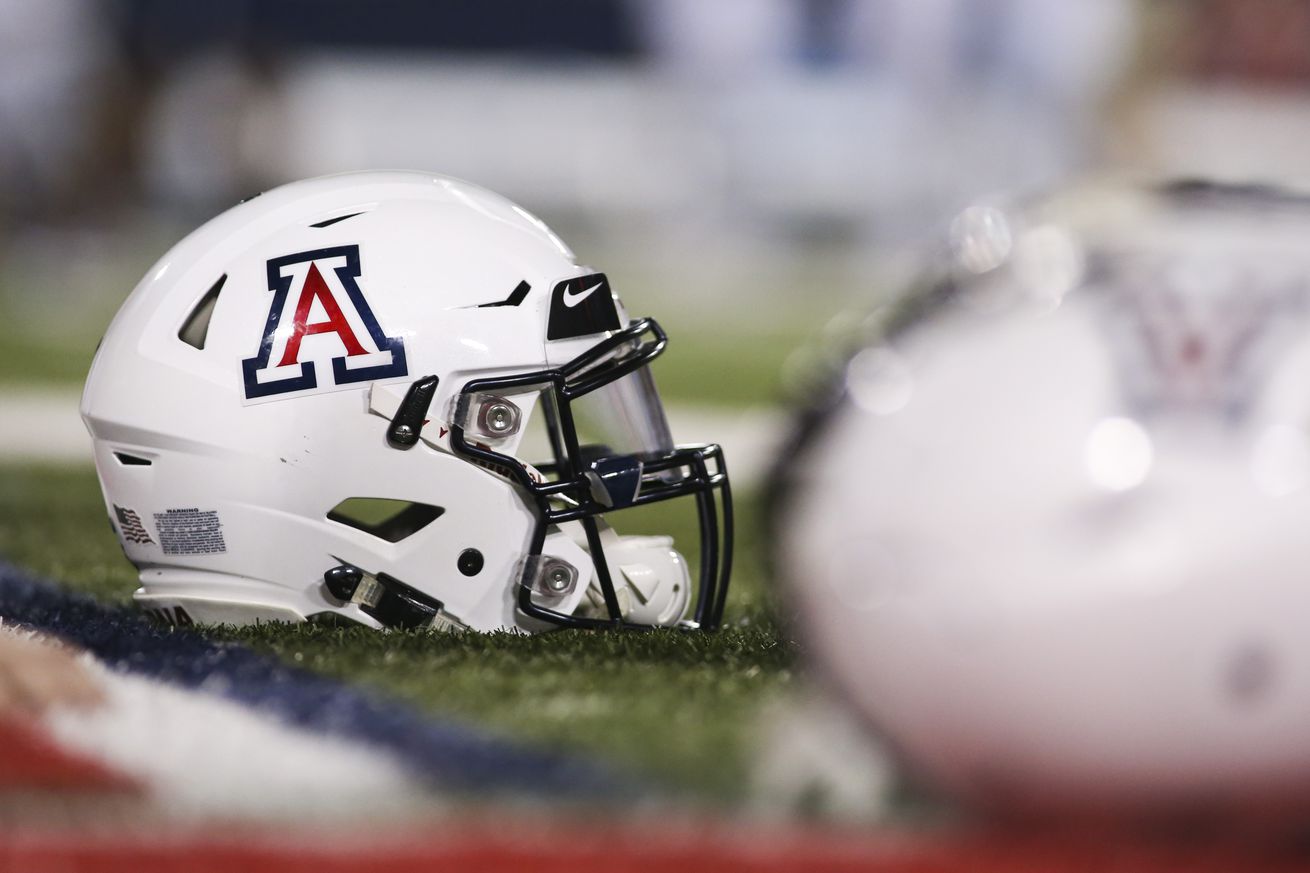 If you were hoping the Arizona Wildcats would break out a throwback look for their first game of the 2020 season, you’re going to be at least partially disappointed.

Arizona has announced its uniform combo for Saturday’s opener against USC, and while the helmet brings back fond memories of the past that’s where the nostalgia ends.

The Wildcats will rock white helmets with the traditional ‘Block A’ logo—though without the blue stripe—and pair that with a modern blue jersey and white pants as well as red gloves and white cleats. That will contrast well with USC’s likely combo of red helmet—the only one it has—white tops and gold pants.