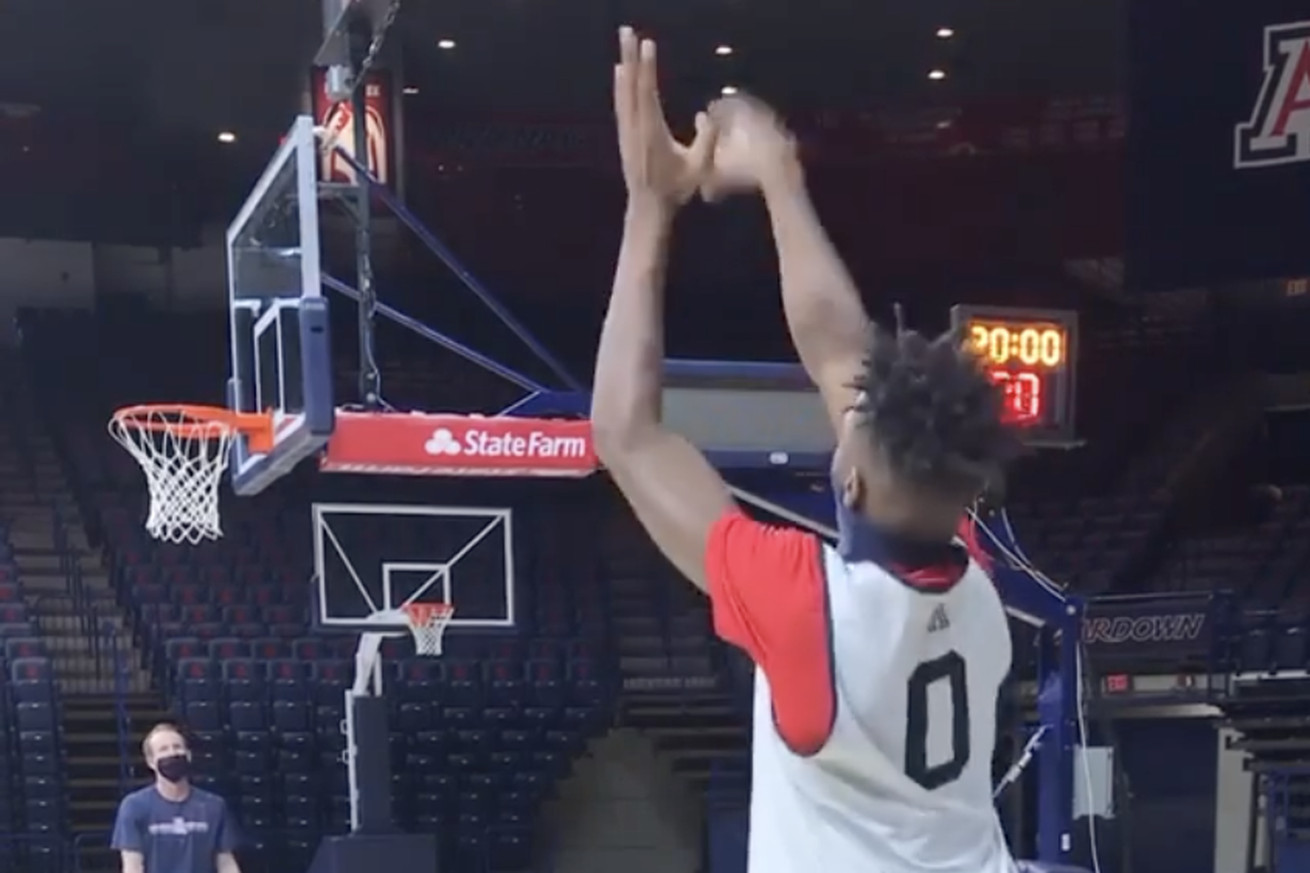 Bennedict Mathurin’s scouting report out of high school said he is an “improving shooter from long-range” and that appears to be an accurate evaluation.

We got our first look at the Haitian-Canadian’s shooting stroke in McKale Center when the Arizona Wildcats basketball Twitter account uploaded this video of him sinking 14 corner 3s in a row:

Needless to say it would be huge for Arizona and Mathurin if he indeed is a solid shooter. At 6-foot-6 with a long wingspan and notable athleticism, he already has the tools to impact the game in other ways, and a consistent 3-point shot would help pave the way for him to become one of those two-way players Arizona has lacked over the last several years. It would also help Arizona alleviate some of those ugly shooting struggles it endured last season.

Earlier in the offseason, head coach Sean Miller said “the sky is the limit” for Mathurin, who was likened to Josh Green and is expected to part of Arizona’s three-guard rotations this season.

“Ben is every bit 6-foot-5, maybe 6-foot-6,” Miller said. “He finishes above the rim. I think he’s a very good shooter with a chance to be even better. But a guy who can play pick-and roll-basketball and can do a lot of different things. I would say the difference is from an athleticism perspective, he’s like a lot of guys that we’ve seen at Arizona who’ve played the wing position, Josh Green being one of them that thrives in the open court, a high flyer.”