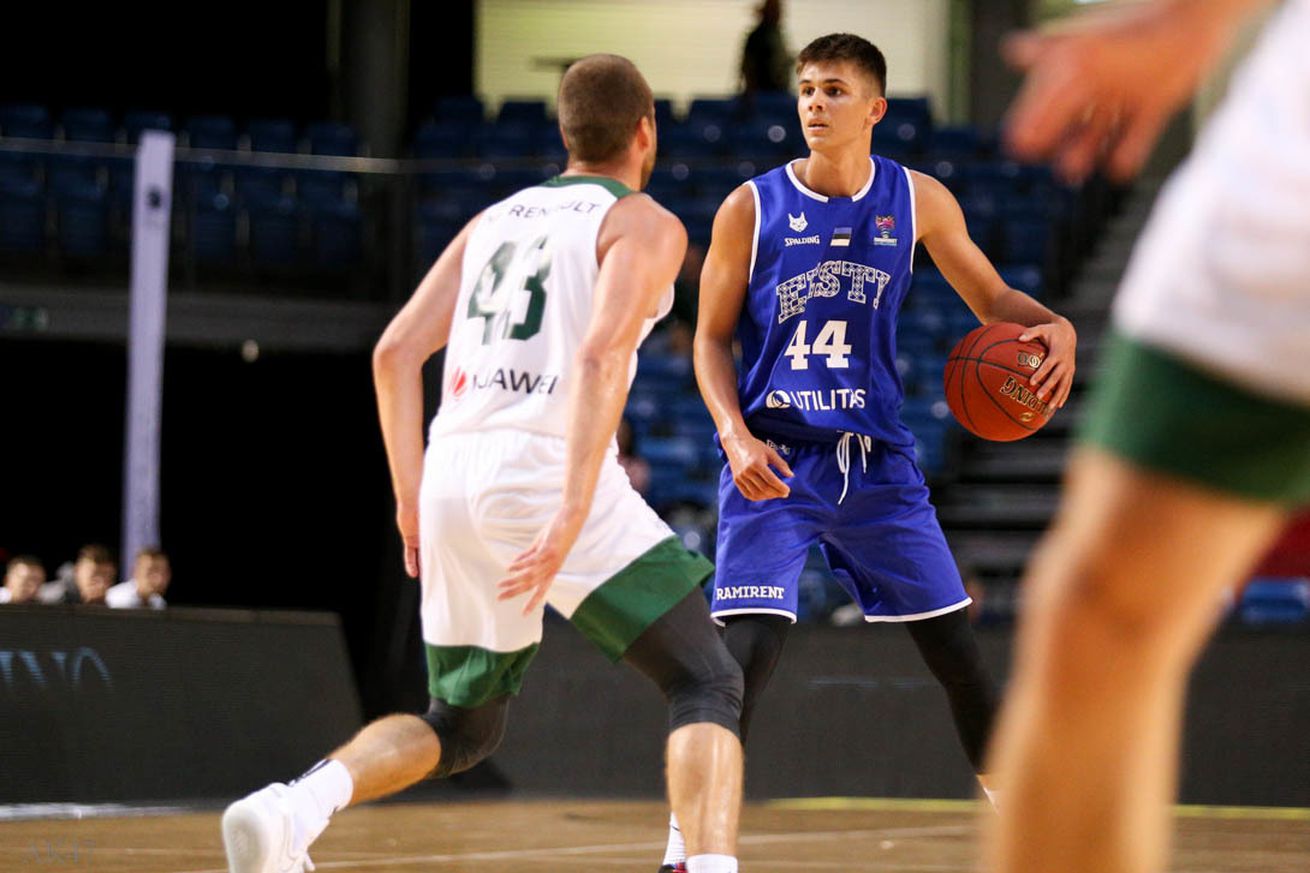 As Kerr Kriisa waits for who knows how long to join the Arizona Wildcats for team workouts, he is starring for Estonia at the Baltic Way Cup, the first national team tournament to take place in Europe since the start of the coronavirus crisis.

And the incoming freshman had a monster game Friday, dropping 26 points and seven assists in a 92-85 overtime win over Lithuania. That included a scorching 8 for 12 mark from 3-point land.

This was Kriisa’s first time beating Lithuania, the basketball powerhouse in Eastern Europe, as a member of the Estonian national team. He was fired up afterwards, even though a reporter pointed out it was a friendly match.

Kriisa will be an important player for the Wildcats in 2020-21, especially if Georgetown transfer James Akinjo is ineligible for the start of the season. If that’s the case, Kriisa could be UA’s number one lead guard, a role he appears ready for.

Getting to campus could be an issue, though, as the United States has banned travel from Estonia (and many other European countries) due to the pandemic.

Arizona has also suspended the men’s basketball team’s return to campus indefinitely. That was supposed to happen in early July, but now the team is hoping to convene sometime in August.

In the meantime, Kerr will keep suiting up for Estonia, which faces Latvia on Sunday.

“Kerr is just an amazing playmaker,” Arizona coach Sean Miller said this summer. “If you watch him play in the variety of FIBA tournaments and with the different teams that he’s played on, the one thing that always holds true with him is he makes the right play. He loves to pass the ball. I love his ability to shoot. He is a deadly 3-point shooter when left open, but in the open court, playing pick-and-roll basketball, playing in transition.

“And because Kerr is I would say every bit 6-foot-2, maybe 6-foot-3, that he could be on the court with a variety of players. The days of just playing a point guard, two big wings, a power forward and a center are over. You want to put your best players on the court. I think this year our best players a lot of times we’ll have lineups that have three guards that play different styles. And Kerr is somebody that we’re really excited about.”