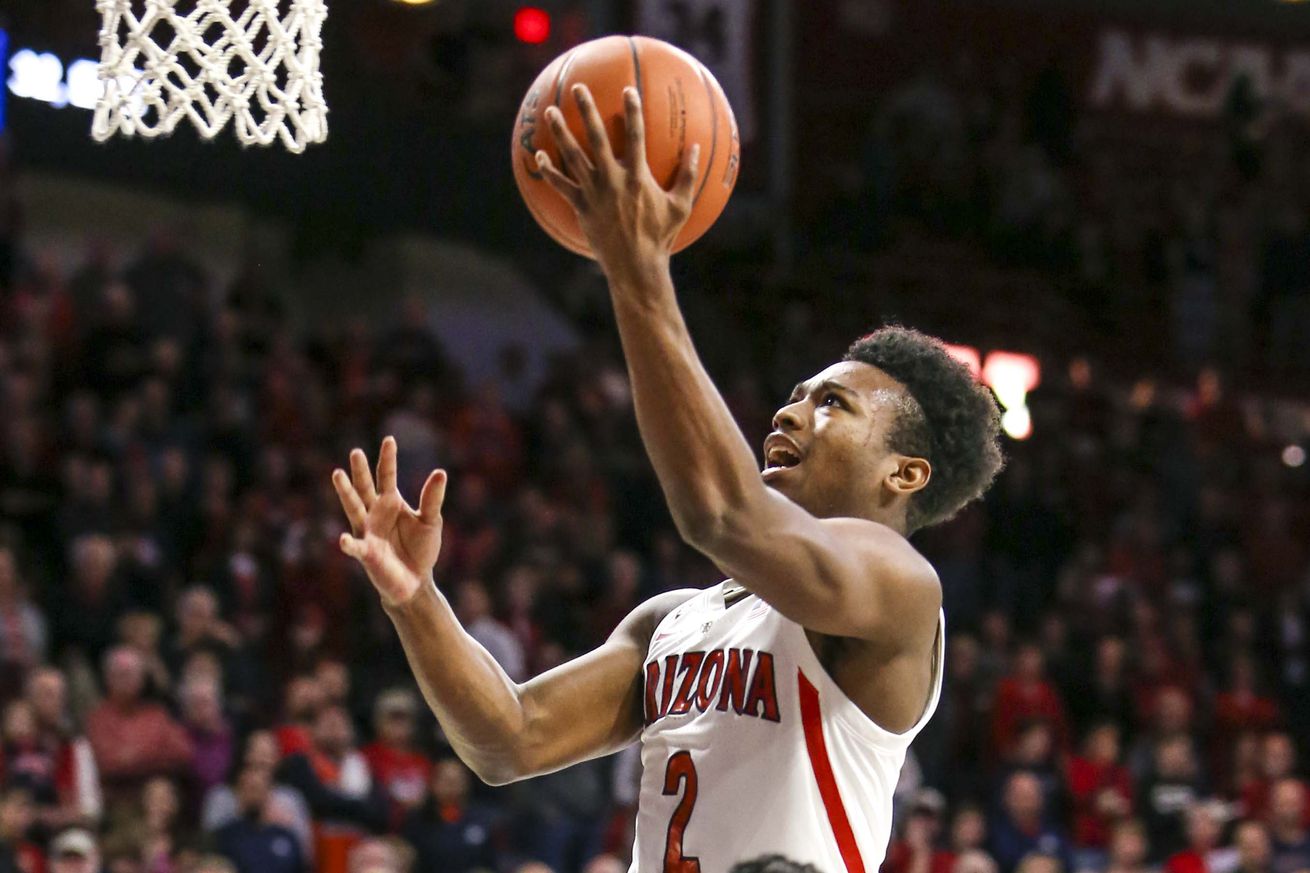 It’s still not completely clear what the future holds for Brandon Williams, but there is no doubt he can ball when healthy.

Some recent highlights of the Arizona guard surfaced on Instagram, and Williams looked impressive, sinking some long jumpers, flashing a tight handle, and even showing some explosion off the dribble as he wore a compression sleeve on his right knee in what appears to be a gym in Woodland Hills, California, a short drive from his hometown of Encino.

Williams was cleared to return to basketball activities by his doctors in early June after missing all of last season after undergoing another knee surgery to correct osteochondritis dissecans, a congenital condition that has hindered him since high school.

Williams said earlier this offseason that he will “definitely” play in 2020-21, but “it’s just a matter of where.” That comment led to speculation that he will be transferring or going pro, but Arizona coach Sean Miller left the door open to a return.

Miller said in June that the key will be getting Williams back on campus so UA doctors can evaluate him and see how his body holds up after going through intensive workouts.

The Wildcats are expected to return to campus in mid-August for the first time since the 2019-20 season was canceled in March. Normally they return in June, but the coronavirus pandemic forced the UA to delay re-entry.

“Especially coming back from a surgery of that magnitude, that may be the most crucial part,” Miller said in June. “It’s the time where you’re put on the court with others. It’s a time where you get cleared to do more than just straight-line running, jumping, going side to side and shooting. And then you start to monitor his symptoms. Does he experience swelling when you do this? No. And then the other part is… when you go through surgery like you go through, it’s not your knee, you’re more susceptible to other injuries. Like, you lose your hamstring, you lose your quad. He hasn’t played 5-on-5 basketball in quite some time. So without his ability to finish everything that we set out to finish, what he did is what all of our players did. He went home, finished school, and did the best that he could.”

As constructed, Arizona’s roster is one player over the 13 scholarship limit, another reason it has seemed unlikely Williams will suit up for the Wildcats again.

But until a move is announced one way or another, Williams remains a part of the program and his status will be something to monitor as the season approaches.

If the redshirt sophomore does to return to the Wildcats and can stay healthy for a full season—another big question mark—he will be a big boost to a backcourt that returns Jemarl Baker Jr. and adds Georgetown transfer James Akinjo, Seattle U grad transfer Terrell Brown and Estonian guard Kerr Kriisa.