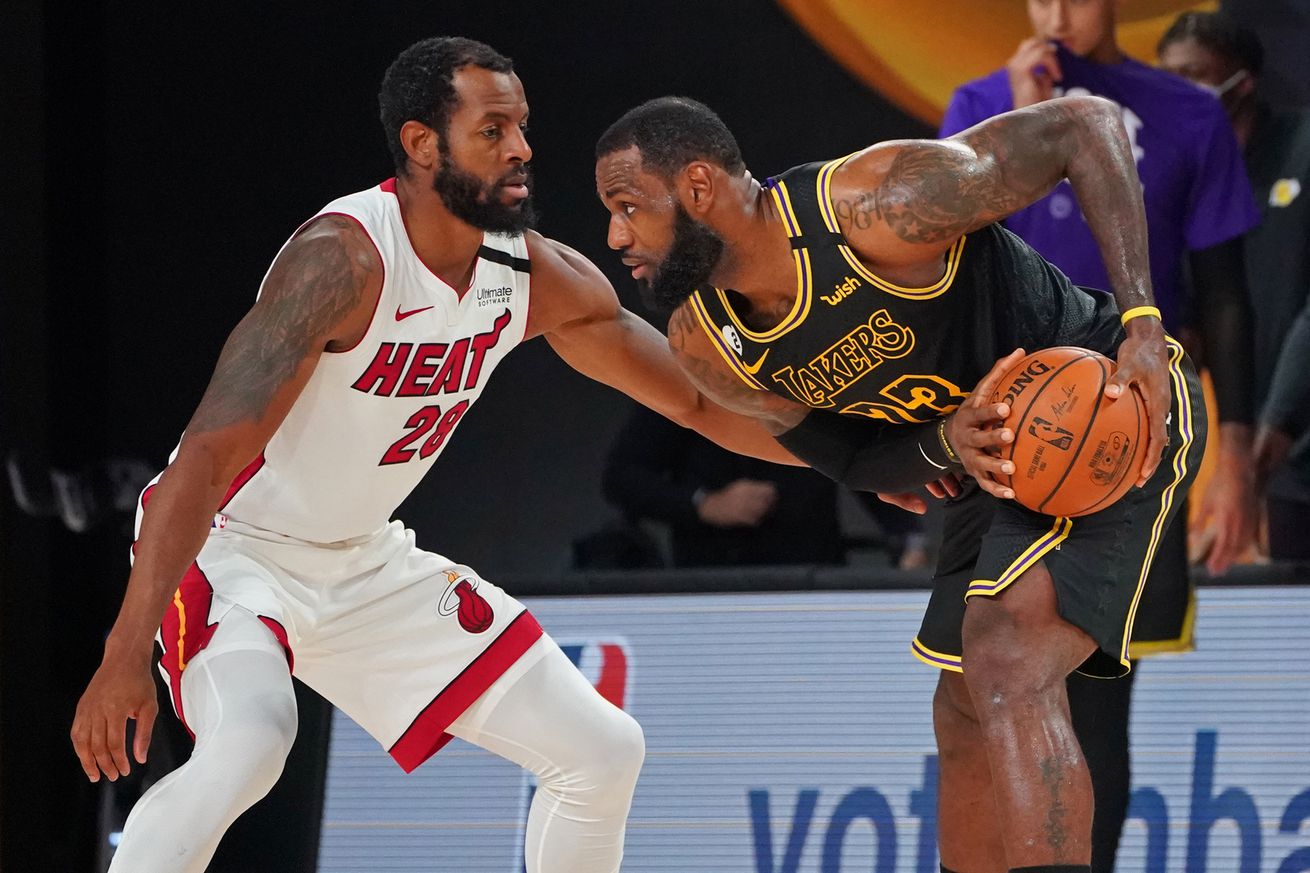 The Los Angeles Lakers moved another step closer to capturing an NBA championship on Friday, cruising to a 124-114 win over the Miami Heat to take a 2-0 series lead.

Los Angeles grabbed a 10-8 lead four minutes into the first quarter and never trailed from there. Not normally a great 3-point shooting team, the Lakers drilled 16 3-pointers in the victory, moving the ball well against Miami’s zone.

They also got their usual production from LeBron James and Anthony Davis, who scored 33 and 32 points apiece, combining to shoot 29 for 45 from the field.

Andre Iguodala led the Heat with a +1 plus-minus. He had seven points, two rebounds and an assist in 26 minutes, making all three of his field-goal attempts, including a 3-pointer that cut LA’s lead to 121-110 with 1:14 left in the fourth quarter.

The 36-year-old swingman passed James Worthy for 78th on the all-time postseason rebounds list with 748.

Solomon Hill played one minute for Miami and didn’t tally any stats. The Heat were without starters Goran Dragic (foot) and Bam Adebayo (shoulder).

Andre Iguodala everytime the ref blow the whistle on him pic.twitter.com/2ANkrxv2jp

Andre Iguodala looks like Denzel Washington in The Hurricane when he did 6 months in solitary. pic.twitter.com/QZ3afGyu37

It still blows my mind that Andre Iguodala played with Allen Iverson. And is regularly still competing for championships. Dude has withstood the test of time. #NBAFinals