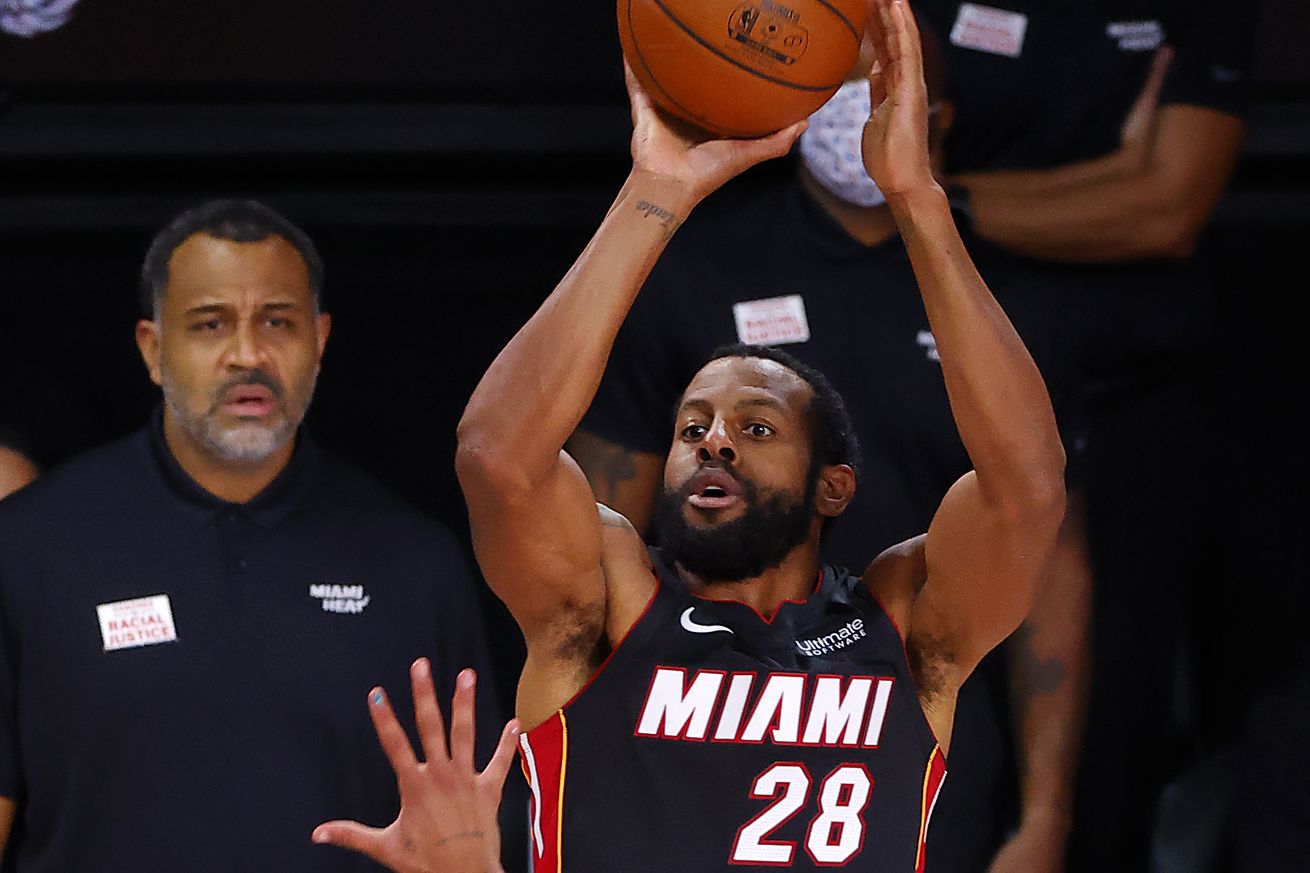 The Los Angeles Lakers maintained control of the NBA Finals on Tuesday by staving off the Heat 102-96 to return to the win column and take a commanding 3-1 series lead.

The Lakers led for almost the entire second half, though never by more than nine points.

Andre Iguodala drained a 3 from the wing to put the Heat up 33-29 with 9:53 left in the second quarter, his lone points of the night.

The former Wildcat played 20 minutes off the bench, also adding a rebound and a steal. He was subbed out with roughly nine minutes left in the fourth quarter and did not play the rest of the night.

Solomon Hill did not play for the Heat, his first DNP of the series. Miami got big man Bam Adebayo (shoulder) back from injury, but starting point guard Goran Dragic (foot) remains out.

LeBron James and Anthony Davis combined for 50 points to lead the Lakers one step closer to their 17th NBA championship.

The teams have an additional day off, with Game 5 not scheduled until Friday at 6 p.m. PT on ABC. Only one team has ever come back from a 3-1 deficit in the Finals—the 2015-16 Cleveland Cavaliers, led by James.

When Iguodala doesn’t hesitate on that 3 ball he damn near always hits it!

Cumulative Points Added through the first 4 games of the 2020 NBA Finals (min 15 mpg).

No lie, Solomon Hill has been a better contributor than Kendrick Nunn this entire playoffs