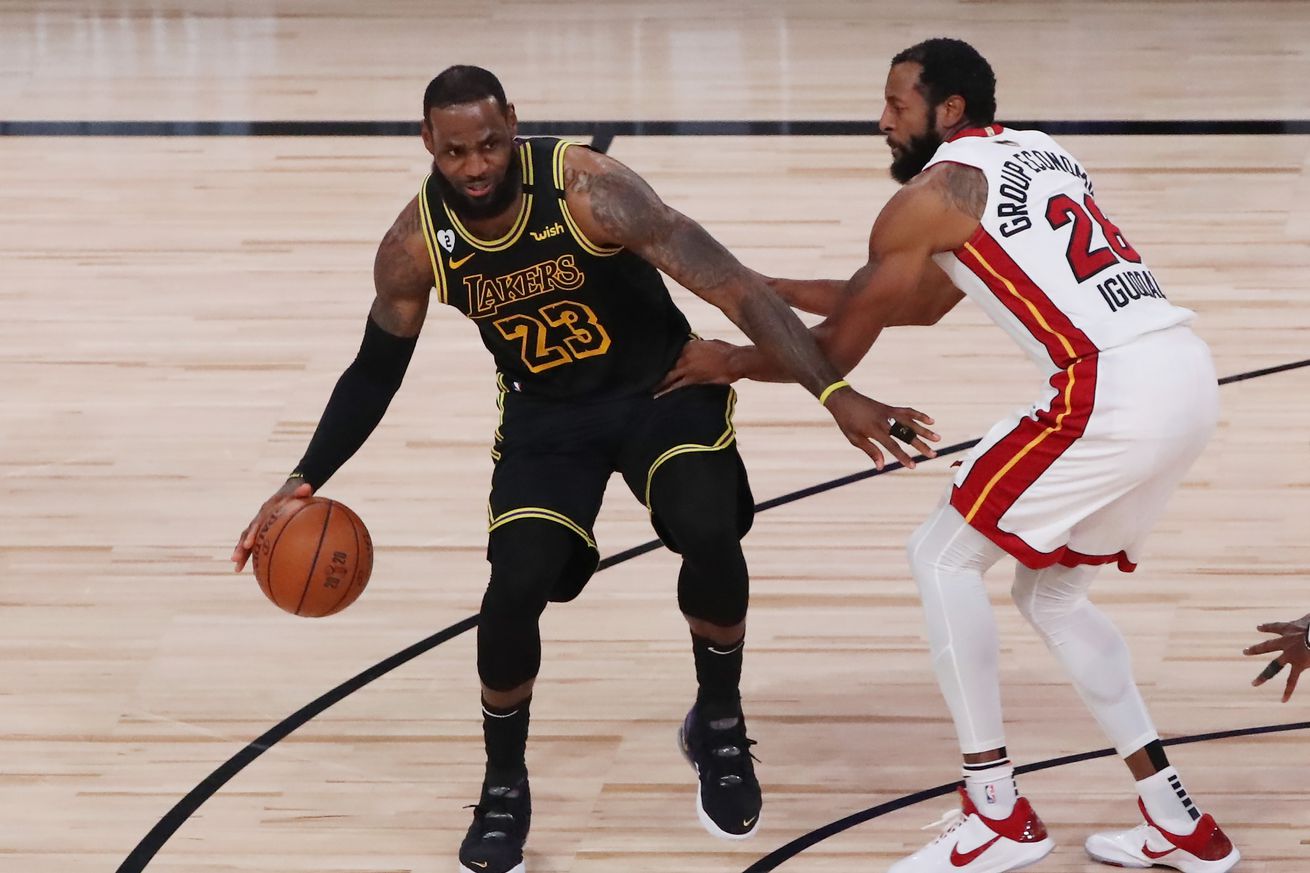 The Heat will live to play another day as they outlasted the Lakers 111-108 on Friday to win Game 5 and cut LA’s series lead to 3-2.

Jimmy Butler and LeBron James, who both had triple doubles, made several key shots down the stretch to keep it a one-possession game over the last several minutes.

Butler sank two free throws with 16.8 seconds left to give the Heat the lead for good. The Lakers got another chance but Danny Green missed a wide-open 3 off a LeBron double team and Markieff Morris threw the offensive rebound out of bounds, overlooking a wide-open LeBron on the wing.

Andre Iguodala did not score in 20 minutes of action, but did have six rebounds, two assists, a steal and a block. His most impactful play was closing out hard on Green on the potential game-winning 3.

Solomon Hill got another DNP, as the Heat only used two bench players all game.

Everyone but Iguodala was in double figures for the Heat. Only 3 players on the Lakers scored more than 8 points

Iguodala’s effort on that final play was next level! Took away drift and got hand across Davis, then full out sprinted to Danny Green to contest the shot best he could. That was championship level effort!!

Look where Iguodala came from to get a contest on that Green 3. Spo waited too long to get Iguodala on the floor in crunchtime imo. https://t.co/xlu4tC1Iar