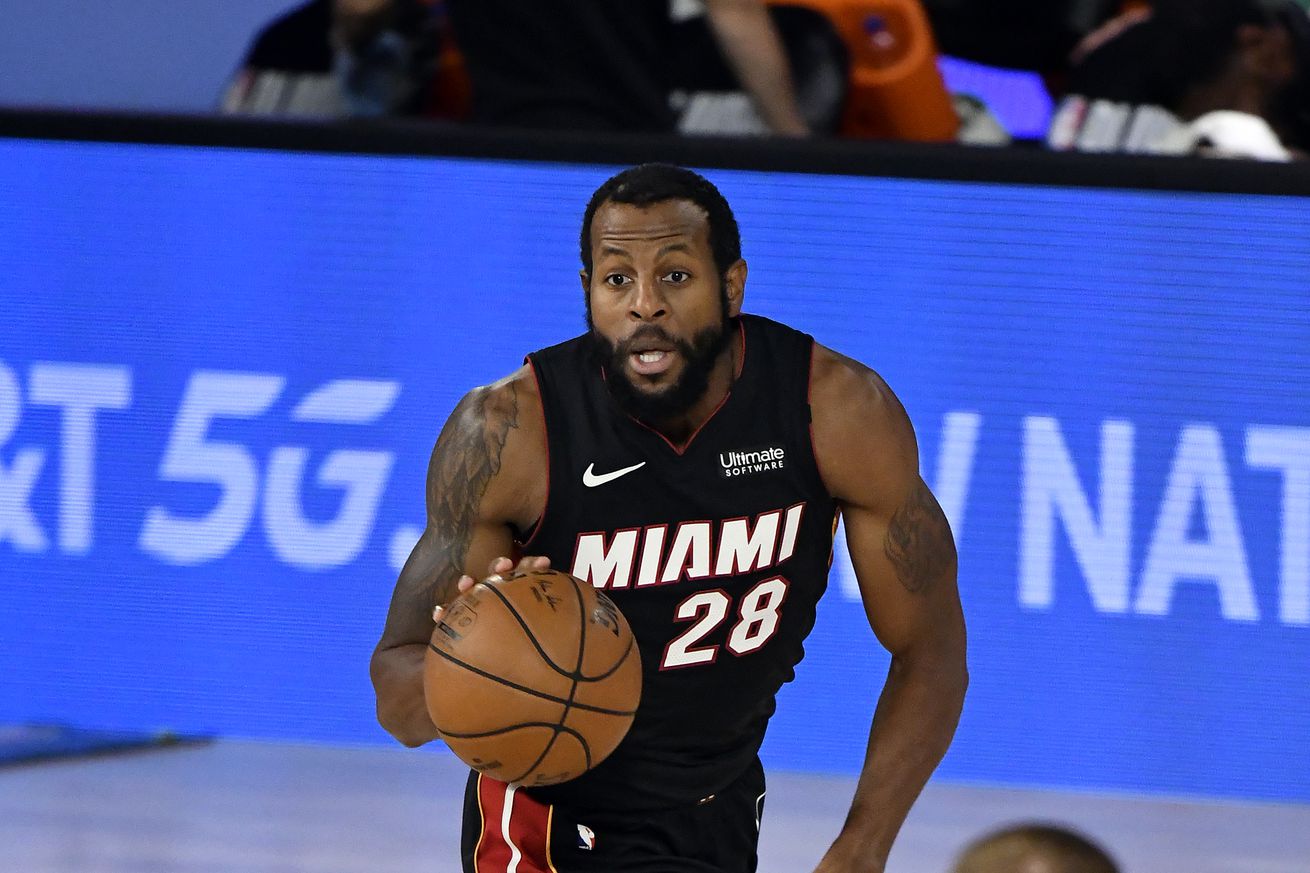 The Miami Heat traded for Andre Iguodala back in the spring to help them in the playoffs. So far that deal has paid off.

Iguodala, the former Arizona Wildcats star, was part of the closing unit for Miami in its 103-94 win over the Milwaukee Bucks in Game 5 on Tuesday.

The victory gave the Heat a 4-1 series win over top-seeded Milwaukee in the Eastern Conference semifinals, sending them to their first conference finals since 2014.

Iguodala played 18 minutes off the bench, scoring six points with five rebounds and two assists. That came after he failed to score in Sunday’s Game 4 loss, the first time in 153 career playoff games he did not have a point.

Jimmy Butler and Goran Dragic had 17 points each for Miami, which will face either the Boston Celtics or Toronto Raptors in the conference finals.

Miami’s other former UA player, Solomon Hill, did not play. He has yet to appear in the Heat’s nine playoff games.

On Wednesday is Game 6 of the Eastern Conference semifinal series between the defending champion Raptors, which features former Wildcats Rondae Hollis-Jefferson and Stanley Johnson, and the Celtics. Boston holds a 3-2 lead heading into 3:40 p.m. MST tip on ESPN.

Iguodala with a turnaround jumper?

Iguodala with a turnaround jumper. #HeatTwitter

Even at his age, when he comes in the game, Iguodala stabilizes everything. As Kerr always said, he’s the “adult in the room”. IQ off the charts high.

The real MVP of this season is Iggy. Dude sat around and worked out for like 8 months, then joined an ECF team with a great shot at the Finals, AND got paid…what a year