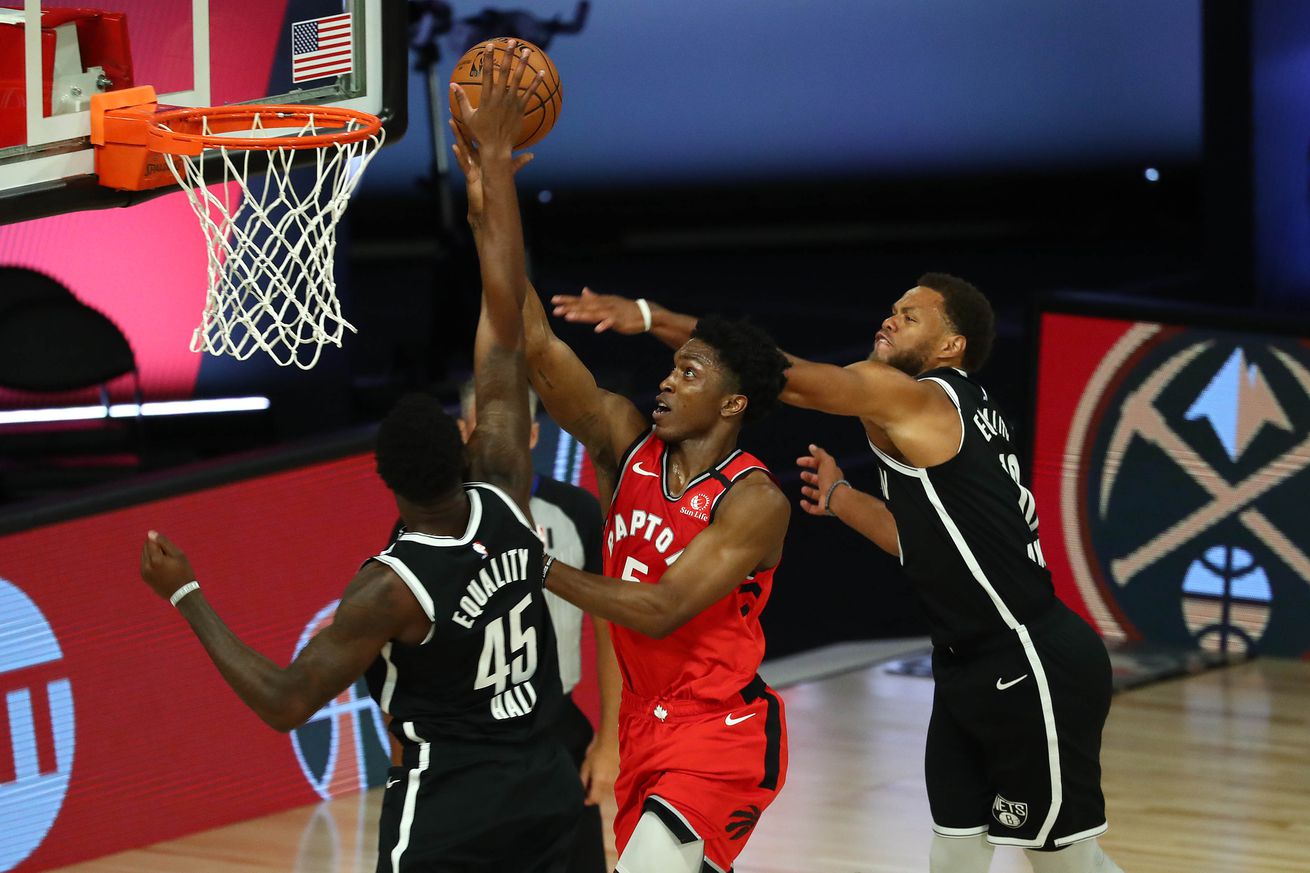 The Toronto Raptors have a starting lineup that can hang with almost anyone in the NBA. But in securing their first-ever playoff series sweep, it was the defending champions’ bench that ended up taking on the lion’s share of the work.

To the tune of 100 points, almost outscoring the Brooklyn Nets themselves in a 150-122 blowout on Sunday in the Orlando bubble.

Toronto scored at least 34 points in every quarter yet led only by nine at the half as point guard Kyle Lowry left late in the first quarter with a sprained left ankle while fellow guard Fred VanVleet had early foul trouble. Only two Raptors starters scored in double figures, led by Pascal Siakam’s 20, while backups Normal Powell and Serge Ibaka had 29 and 27, respectively.

Hollis-Jefferson had missed Game 3 with a sore left knee.

Brooklyn got 35 points from Caris LeVert while Jarrett Allen had eight points an 15 rebounds.

The second-seeded Raptors will take on the third-seeded Boston Celtics in the Eastern Conference semifinals. Boston finished off a four-game sweep of the Philadelphia 76ers on Sunday. That series is expected to start later this week.

Monday will see another team go for a sweep in the Miami Heat, who are up 3-0 on the Indiana Pacers. Former Wildcats Andre Iguodala and Solomon Hill are on Miami’s roster, though Hill has yet to appear in the playoffs. That game is set for 3:30 p.m. MST on TNT.

Also Monday, the Orlando Magic hope to get Aaron Gordon back from a strained hamstring that has kept him out for more than two weeks when they face the Milwaukee Bucks at 10:30 a.m. MST on TNT. Milwaukee is up 2-1, having won the last two games after the eighth-seeded Magic pulled off the Game 1 upset.

Stanley Johnson’s in? Have some mercy for them @Raptors they’ve been through a lot. #wethenorth pic.twitter.com/uYNeZH4kJr

yo rondae hollis jefferson youre my guy and i know youre up 26 with a 3-0 series lead but that jumpshot pic.twitter.com/mNFwgcglOR

Wow… Stanley Johnson and Rondae Hollis Jefferson on the same team in the year 2020… in the playoffs… in the NBA no less.