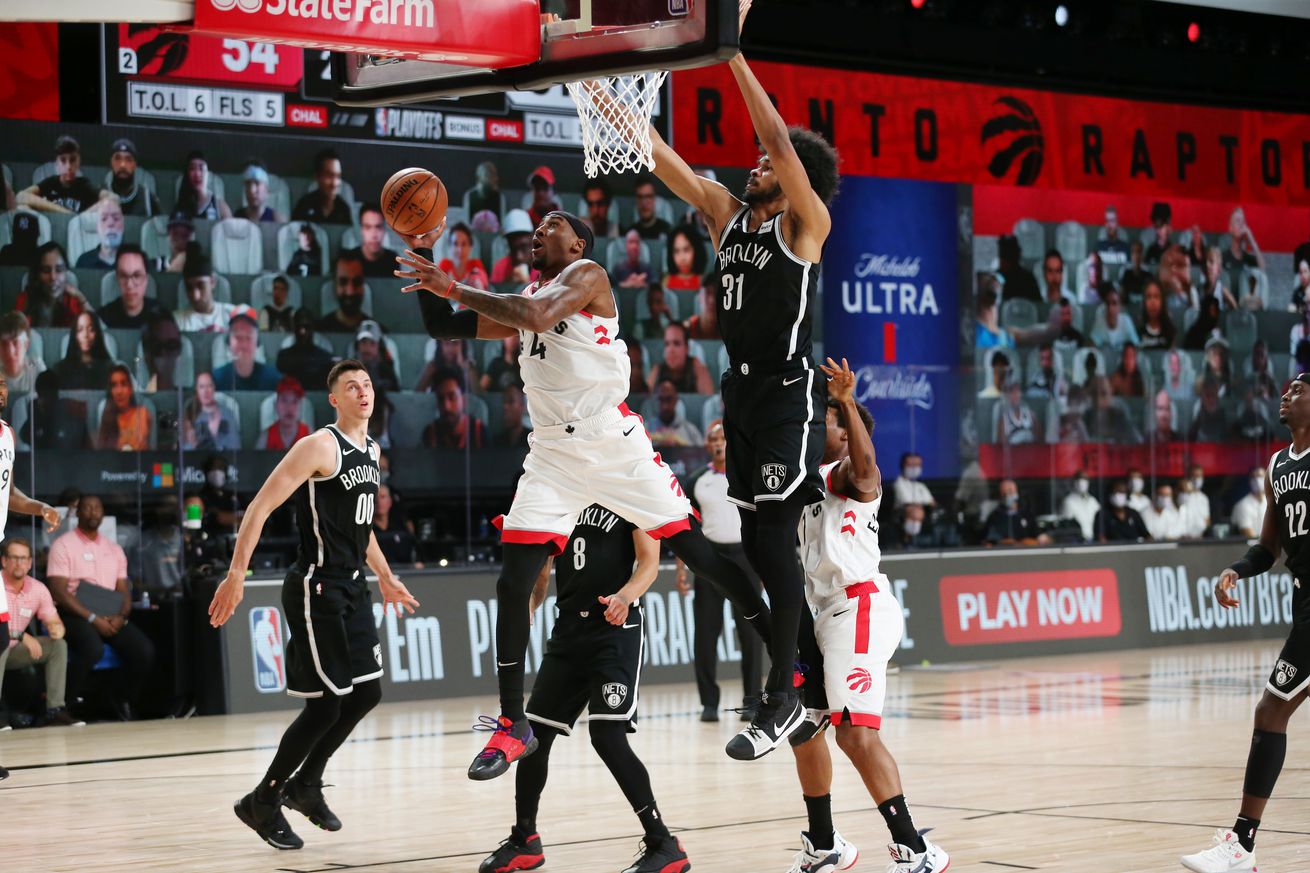 Stanley Johnson did not play, which disappointed Toronto fans

The Toronto Raptors took their first step toward defending their NBA title on Monday by demolishing the Brooklyn Nets 134-110 in their playoff opener.

The Raptors sprinted out to a 17-point lead in the first quarter and expanded it to 73-51 at the half.

Rondae Hollis-Jefferson, who spent the first four years of his career with the Nets before signing with Toronto, had six points, two rebounds and a block in 11 minutes. He was 1 for 3 from the field but 4 for 4 from the free-throw line. His lone bucket was a reverse layup that gave Toronto a 41-22 lead early in the second quarter.

Stanley Johnson didn’t play for the Raptors, who have been on a roll since the NBA restart, winning eight of their last nine to finish as the No. 2 seed in the East.

The Raptors got 30 points and 11 assists from former Arizona Wildcat killer Fred VanVleet.

Game 2 of the best-of-seven series is scheduled for Wednesday at 10:30 a.m. MST on ESPN.

Aaron Gordon and the Orlando Magic open their series against the Milwaukee Bucks on Tuesday at 10:30 a.m. MST on TNT.

T.J. McConnell and the Indiana Pacers begin their series against Andre Iguodala, Solomon Hill and the Miami Heat on Tuesday at 1 p.m. MST on TNT.

Remember: every NBA playoff game is taking place in the bubble at Walt Disney World in Orlando, Florida.

cant let guys like Rondae Hollis-Jefferson score on you

Rondae gets some wild rebounds out of the dunker spot. Teams just completely forget about him on other wise of the rim and lose the box out complete.

Are we allowed to enjoy a Rondae shimmy? #Nets #Raptors

Rondae touch is hilarious. It’s like he’s throwing cylinder blocks at the bucket

I really hope Rondae gets more run in this series. His game is so herky-jerky and weird.

Yes this is a sweep. Stanley Johnson bout to get 1st quarter minutes in game 4.

this game over bring on stanley johnson

Is this the earliest we will see a Stanley Johnson sighting?

AT THIS RATE STANLEY GONNA BE OUT HERE BEFORE THE HALF

I respect the Raptors for not unleashing Stanley Johnson just yet. In due time… in due time…

How many do we need to be up by to see some Stanley Johnson point forward minutes?

The difference between the Raptors and the Nets.

Stanley Johnson hasn’t played in a blowout yet for the Raptors.
He would’ve started for the Nets.

I still believe in Stanley Johnson.