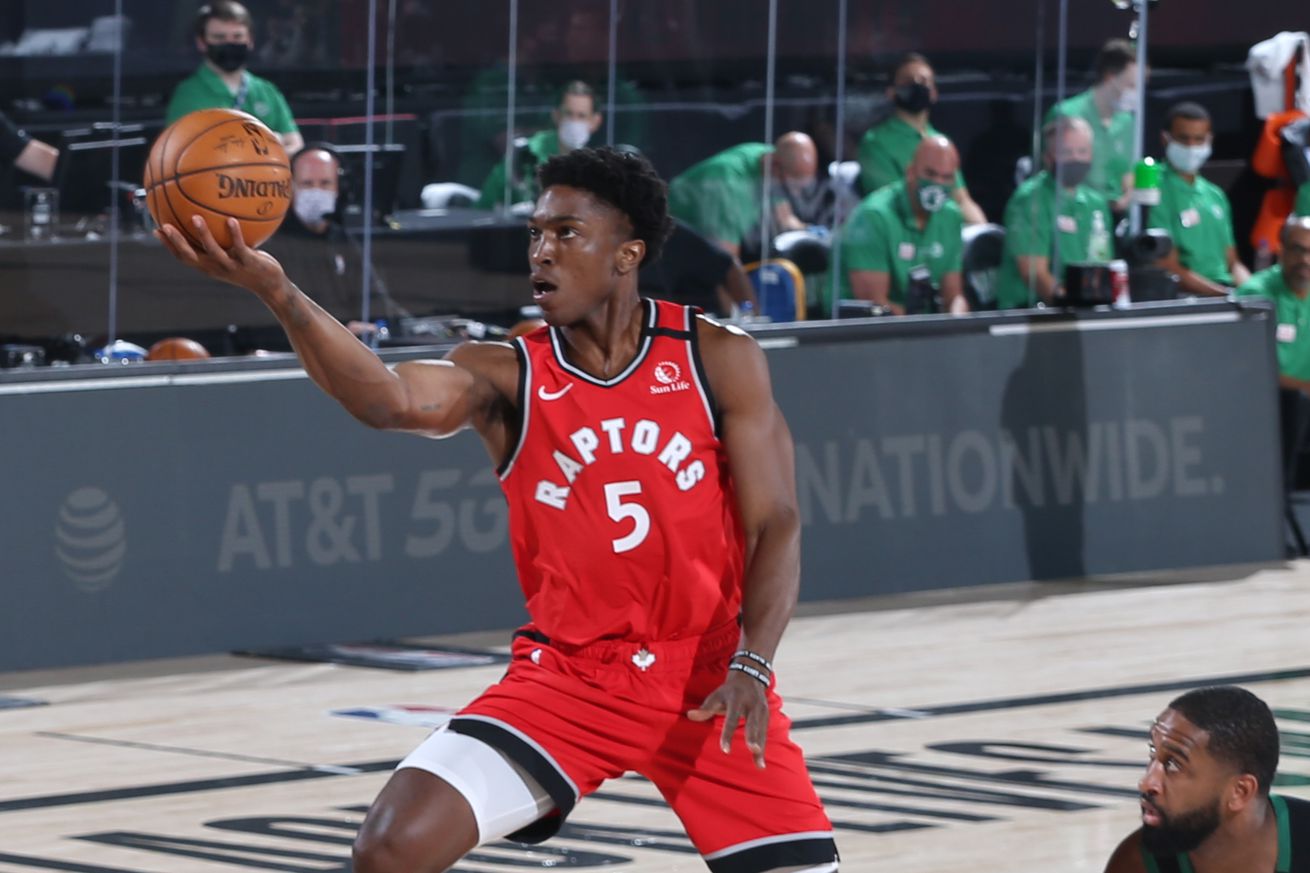 Former Arizona Wildcats stars and current Toronto Raptors wings Stanley Johnson and Rondae Hollis-Jefferson made late appearances in Game 5 of the Eastern Conference semifinals on a night where their team fell to the Boston Celtics 111-89.

Third-seeded Boston dominated the game from the opening tip, jumping out to a double digit first quarter lead that grew to a 62-35 halftime advantage.

Former Cal star Jaylen Brown led Boston with 27 points. He was one of six Celtics to score in double figures.

The second seeded Raptors never found a shooting touch. The group shot 39% from the field led by Fred VanVleet’s 18 points.

Midway into the fourth quarter with his team still trailing by an insurmountable deficit, Toronto head coach Nick Nurse subbed in Johnson and Hollis-Jefferson. It was Johnson’s first appearance of the series and RHJ’s second.s second.

Toronto faces Boston in a pivotal Game 6 Wednesday at 3:40pm PT. The Celtics have history on their side, as 82% of teams who’ve won Game 5 of a series tied at 2-2 go on to win the series outright.

In the other Eastern Conference semifinals series, the Miami Heat, with ex-Wildcats Andre Iguodala and Solomon Hill, look to clinch their round against the Milwaukee Bucks Tuesday at 3:30pm PT. The Heat hold a 3-1 series lead.

Stanley Johnson out there arguing an earlier missed call like he’s setting up his next minutes. Legend.