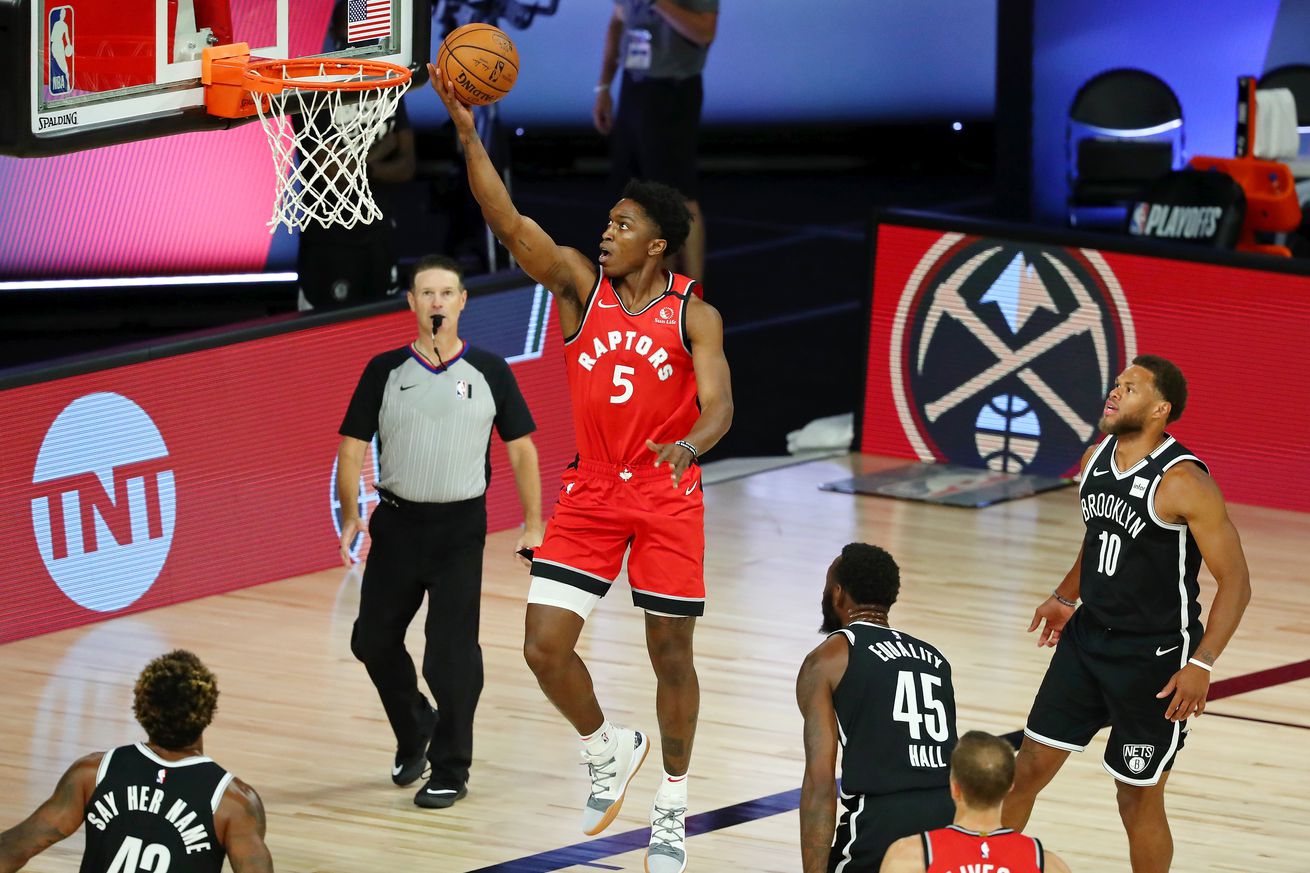 Rondae Hollis-Jefferson sat out with a swollen knee

The defending NBA champion Toronto Raptors managed to have a better regular-season record this year than on its way to the title a year ago. And after blowing out the Brooklyn Nets 117-92 on Friday they’ve achieved a first for the franchise.

Toronto holds a 3-0 series lead for the first time ever after outscoring the Nets in every quarter while shooting 50.5 percent and making 18 three-pointers. Pascal Siakam had 26 points, eight rebounds and five assists, Fred VanVleet added 22 points and Serge Ibaka chipped in 20 points and 13 rebounds off the bench.

Brooklyn, which shot 33.3 percent, was led by Tyler Johnson’s 23 points while Jarrett Allen had 17 rebounds.

The game was such a blowout that former Arizona Wildcats star Stanley Johnson, who had not appeared in Toronto’s first two playoff games, got in for some garbage time. He scored two points with two rebounds in four minutes of action, his first in the postseason since his rookie season with the Detroit Pistons in 2016.

It wasn’t all good news for the Raptors, though, as Rondae Hollis-Jefferson did not play due to a swollen left knee. Hollis-Jefferson had scored six points in Toronto’s first two playoff games.

Toronto goes for its first playoff sweep Sunday at 3:30 p.m. MST. The game will be shown on TNT.

Saturday will see three other teams with former UA players in action. The Orlando Magic and Aaron Gordon—who has yet to play in the postseason due to a hamstring injury—taking on the Milwaukee Bucks at 10 a.m. MST on TNT, then the only series with ex-Wildcats on both teams, between the Indiana Pacers and Miami Heat, resumes at 12:30 p.m. MST.

The Heat, which includes Andre Iguodala and Solomon Hill, have a 2-0 lead on the Pacers and T.J. McConnell.

We have a Stanley Johnson sighting!! Life is good right now for the Raptors. #WeTheNorth

Stanley Johnson making an appearance is the ultimate victory cigar.

the fact that Stanley Johnson got playoff minutes AND scored is blowing my mind. I’m loooooving this Raptors team man. Loving it. pic.twitter.com/7UdembhVX2