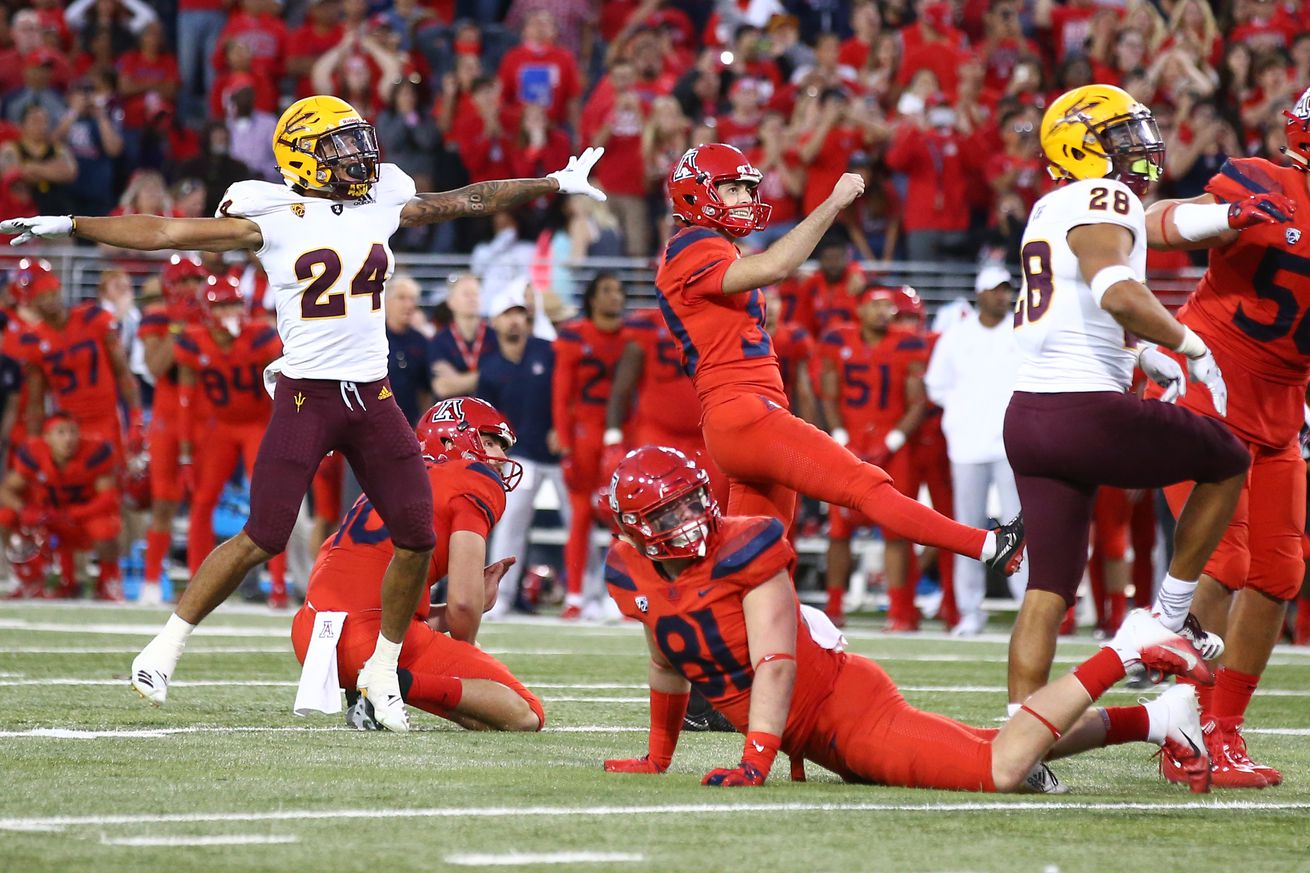 If you’re an Arizona Wildcats fan, you already know this team isn’t exactly money in close games. And sure enough, the data backs up what we’ve seen with our own eyes.

According to research from Banner Society, SB Nation’s college sports hub, Arizona has lost 20 “nail-biter” games since the 1990 season, which is the most of any FBS program in the country. All told, the Wildcats have played 28 such games, winning only eight, and their minus-12 differential is also worst in the nation.

While this stat is quite disturbing for UA fans, it’s also misleading. Banner Society considers a “nail-biter” game to be one decided by “fewer than three points,” meaning only 1- and 2-point games (not including ties, which existed in college football until 1995).

Include 3-point games and Arizona is still bad, but not nearly as much, with a 23-38 record in such contests since 1990. And if you extend it to all one-score games—those decided by as many as eight points—the Wildcats are an almost acceptable 73-77.

Below is a breakdown of how each UA coach over the past 30 years has fared in tight contests: