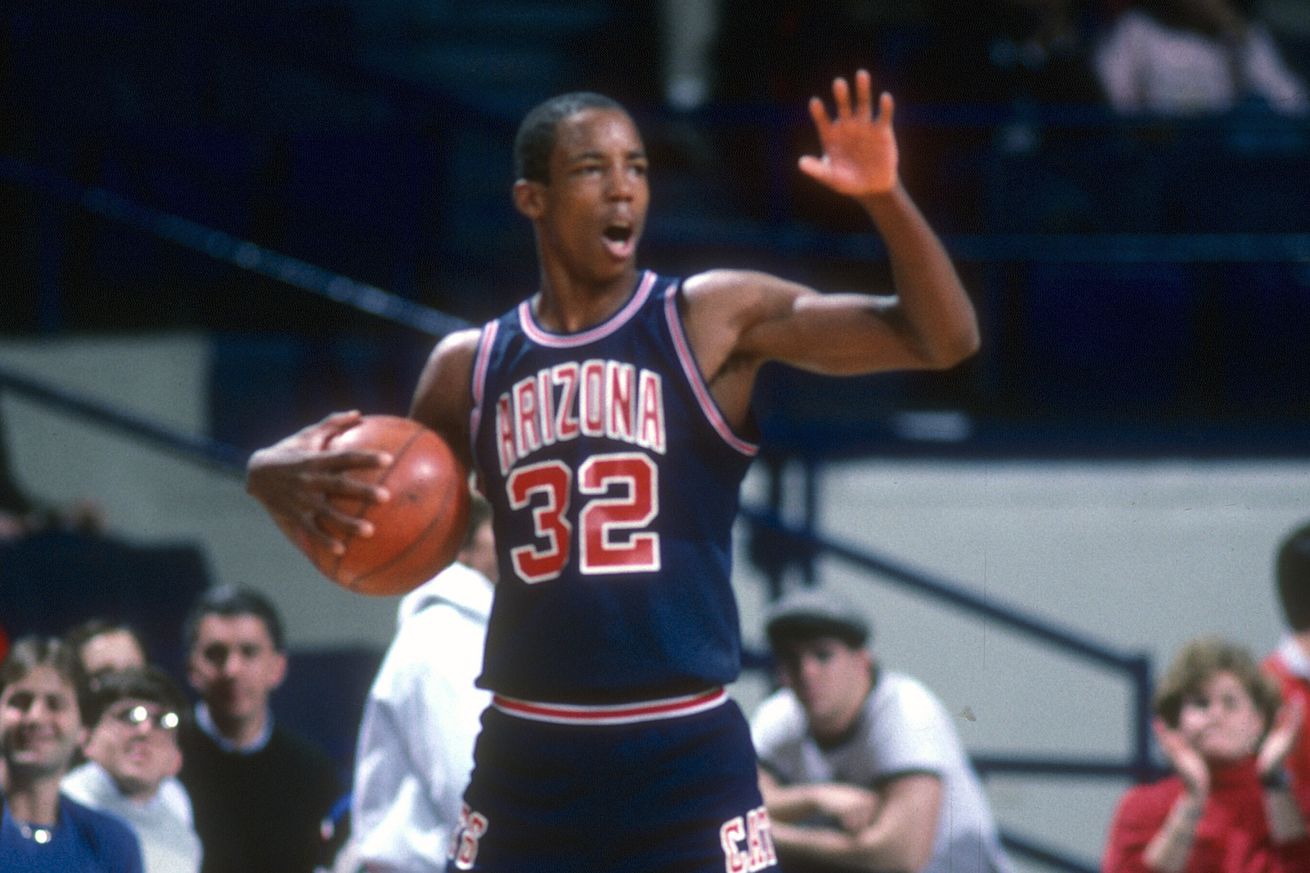 Lute Olson coached hundreds of talented players at Arizona, but he singled out Sean Elliott as the very best of the bunch.

“Because he could play any position you wanted him to play,” Olson said a couple years ago at his statue unveiling.

Elliott was probably Olson’s most valuable player too.

After plucking him from Tucson’s Cholla High School—“to get him right out of town is amazing to me,” Olson once said—Elliott immediately contributed at a high level, leading Arizona in scoring as a freshman as the Wildcats reached the NCAA Tournament for the second straight year.

By Elliott’s junior year, he was an All-American, Pac-10 Player of the Year, and leading Arizona to its first Final Four, averaging 19.2 points, 5.8 rebounds and 3.6 assists per game, numbers he’d top as a senior.

To this day, Elliott still holds the program’s all-time scoring record by a huge margin, and he might hold it forever, seeing that top players rarely stick around for four seasons anymore.

Elliott reflected on Olson’s death on ESPN’s The Jump on Friday.

“It’s really hard to put into words the impact that he’s had on me and the entire Tucson community,” Elliott said. “Not just Tucson but the entire state of Arizona. I always joke to people that when I was in high school, Tucson is where all the scouts stopped to gas up on their way to L.A. No one was coming to watch basketball in Tucson. And Coach just changed that entire landscape. He was larger than life. He just had a presence about him that his former players can tell you about. He just had a presence and an aura about him. Just to be around him, he was a legend in the city, but he was a legend to us as players too. We were there every day with him in practice. It’s hard right now for all of us because we’re still trying to digest this because if you’re around coach long enough, you almost felt like he was a god, like he was immortal.”

Since social justice is a burning topic in the NBA these days, Elliott was asked by Rachel Nichols what it meant that Olson once had his players wear Martin Luther King Jr. patches on their warmups before a game in the early 1990s to protest Arizona repealing MLK Day as a holiday.

“It meant a ton and it meant a lot to his players, and it meant a lot to the community,” Elliott said. “To be a player in Arizona, Coach Olson always taught giving back, and he was always instrumental in the community and enriching the community. So that kind of gesture, that kind of statement wasn’t surprising to me. If you were an Arizona basketball player, you’re expected to be more than just a basketball player. You’re an ambassador for the university, you’re an ambassador for the team, you’re an ambassador for the city and he was the first coach that I played for who really emphasized giving back and being a productive member of your community, not just being a basketball player. Coach just cared immensely about his players. Part of being a great coach was also fostering terrific young men.”

The full clip of Elliott’s interview, which co-stars Richard Jefferson, can be watched here:

Lute Olson was a Hall of Fame Coach and even more so a Hall of Fame human – former Arizona stars Sean Elliott and Richard Jefferson join The Jump to remember Coach O, and his seismic impact on the sport he loved. pic.twitter.com/SUvI8t3nXo