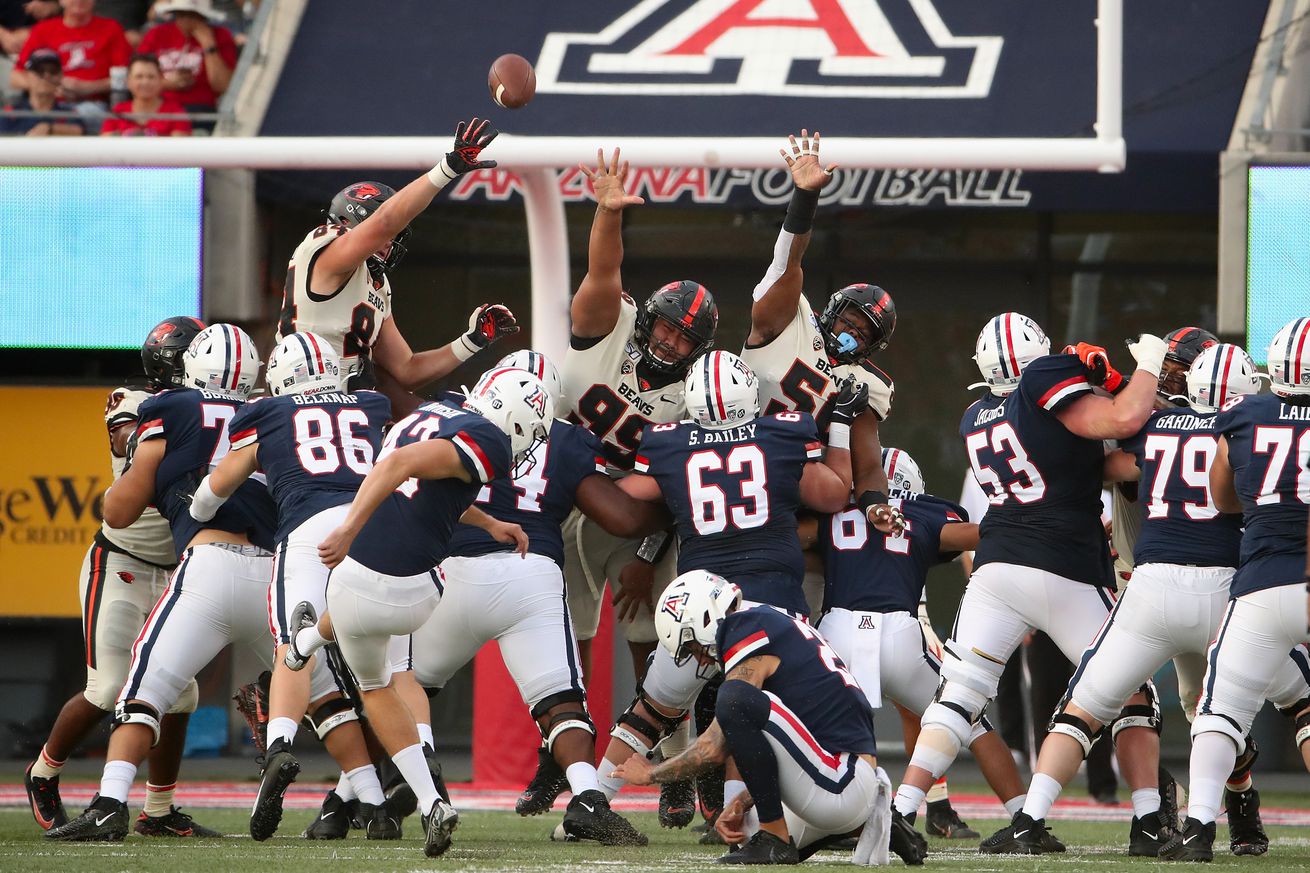 If you don’t who know Seth MacKellar is, that just means he’s doing his job.

The sophomore was the snapper for nearly every Arizona Wildcats field goal, punt and extra point of the 2019 season, a critical role that only gets noticed when something goes terribly wrong.

“We never heard about him, we never heard his name, which is the ultimate compliment,” head coach Kevin Sumlin said.

And now MacKellar has the ultimate reward: a full scholarship. Sumlin announced it to the team via Zoom call on Tuesday.

MacKellar reacted like someone who’s not used to attention—and if you’re an Arizona fan it’s probably the last time you hope he’s in the spotlight:

We know we’re on Zoom and all… but you could have shown a little more excitement Seth… #64 is officially on scholeeee!
️ #BearDown | #BuildingTheA pic.twitter.com/zBwxxImoyn