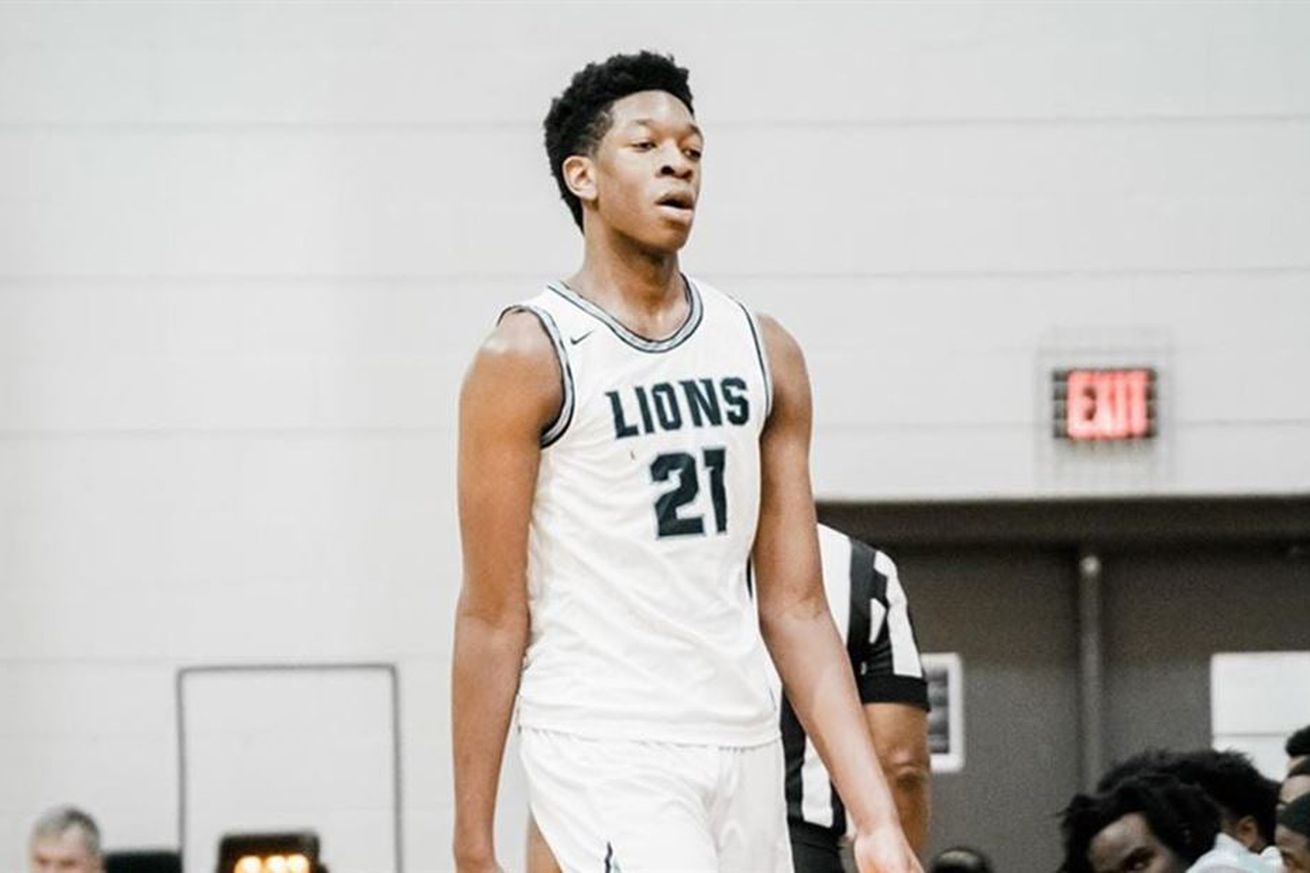 The Arizona Wildcats once briefly held a commitment from the son of one of the greatest centers in NBA history, and now it’s trying to lock down another legendary big man’s progeny.

Arizona has offered center Ryan Mutombo, the son of Hall of Famer and shot-blocking extraordinaire Dikembe Mutombo, joining a long list of power-conference schools interested in the 4-star prospect from Georgia.

Blessed to receive an offer from the University of Arizona! ❤️ #GoWildcats pic.twitter.com/R7LXyjFIRo

“Legit size with long arms and a sturdy frame,” Ryan’s 247Sports scouting report says. “Has terrific hands and touch around the basket. Good feel as a passer out of the high post and on the block. Shot the ball from the mid-range area with confidence, and mechanics are fine. Impressive feel for the game and a high IQ. Good area rebounder and rim protector. Lacks lift, and just gets end-to-end OK. True low post player. Late bloomer with major upside.”

Arizona has some stiff competition for Mutombo, who also has offers from Clemson, Florida State, Georgia, Georgia Tech, Stanford, Texas A&M, Vanderbilt, Virginia Tech and Georgetown, where Dikembe Mutombo played from 1988-91 before going fourth overall to the Denver Nuggets in the 1991 NBA Draft.

“I’d say the schools that have been recruiting me the hardest right now are Georgia Tech, Georgetown, Stanford and Clemson,” Mutombo told 247Sports’ Evan Daniels in early June.

Arizona’s interest in Mutombo conjures up memories of its recruitment of Shareef O’Neal, the son of Shaquille O’Neal. Shareef signed with the UA in November 2017 but was released from his commitment in February 2018 in the wake of the still-uncorroborated report by ESPN that Sean Miller had been caught on a federal wiretap discussing a $100,000 payment to Deandre Ayton.

Shareef O’Neal ended up signing with UCLA but had to sit out the 2018-19 season after undergoing heart surgery, then after playing in a handful of games for the Bruins in 2019-20 he left the program and has since transferred to LSU, his father’s alma father.