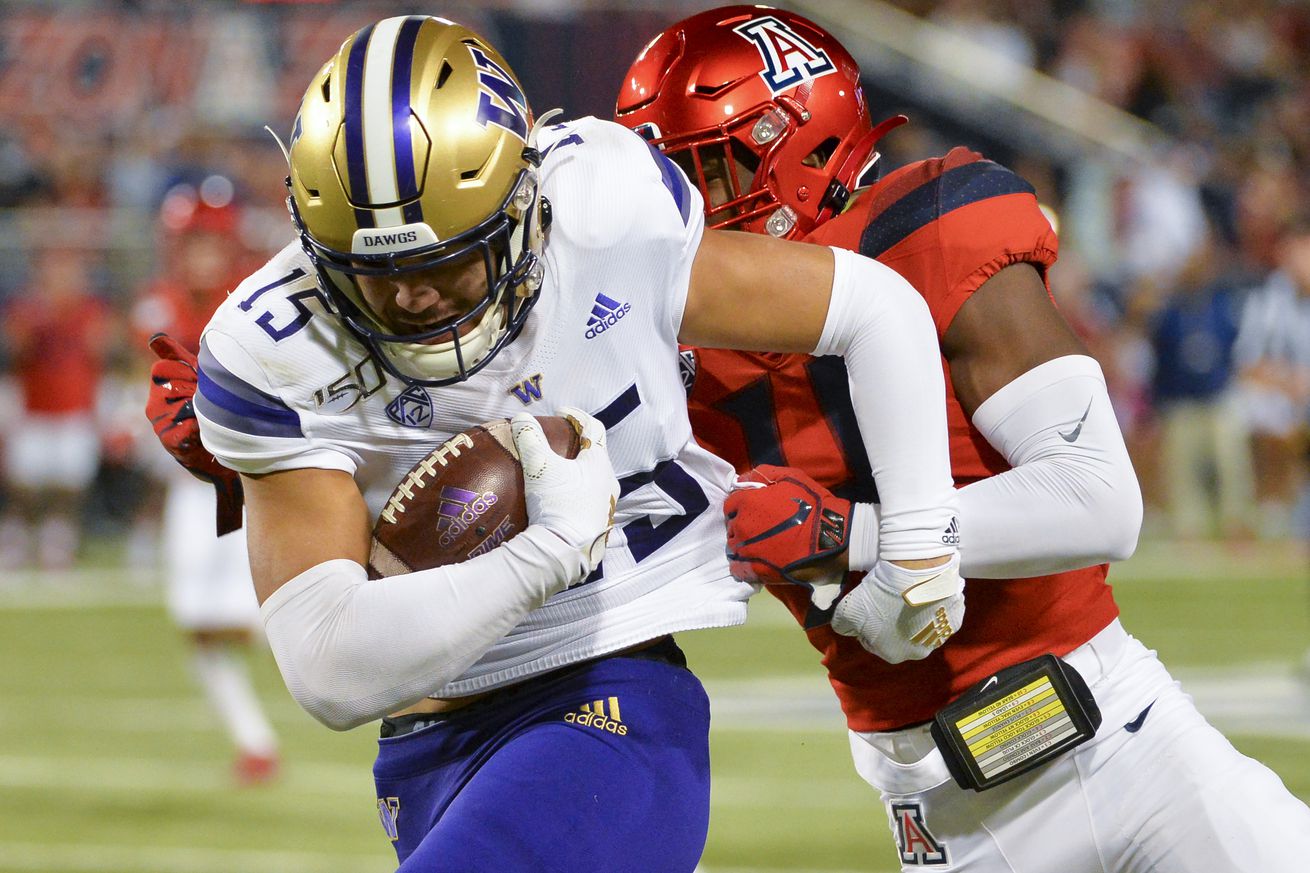 The Arizona Wildcats were not able to open the 2020 season with a win, but as everyone knows, good teams cover. That was the case for the UA in its 34-30 home loss to USC, a game that saw the Wildcats close as 14.5-point underdogs.

For its trip to Seattle this week, the UA will again be sizable dogs.

VegasInsider.com has installed Arizona as an 11.5-point underdog against the Washington Huskies, marking the sixth consecutive game the Wildcats’ opponents have been favored by double digits. That includes the canceled Nov. 7 game at Utah, where Arizona was set to be a 13-point dog.

Washington, which is coming off a 27-21 home win over Oregon State on Saturday, is 1-0 under new coach Jimmy Lake. The Huskies have won three in a row over Arizona, and the Wildcats haven’t won at Husky Stadium since 2007.

Arizona has lost eight straight games, tied for the longest skid in school history. The Wildcats’ longest winless run is 10 games, in 1955-56, but that included a tie.