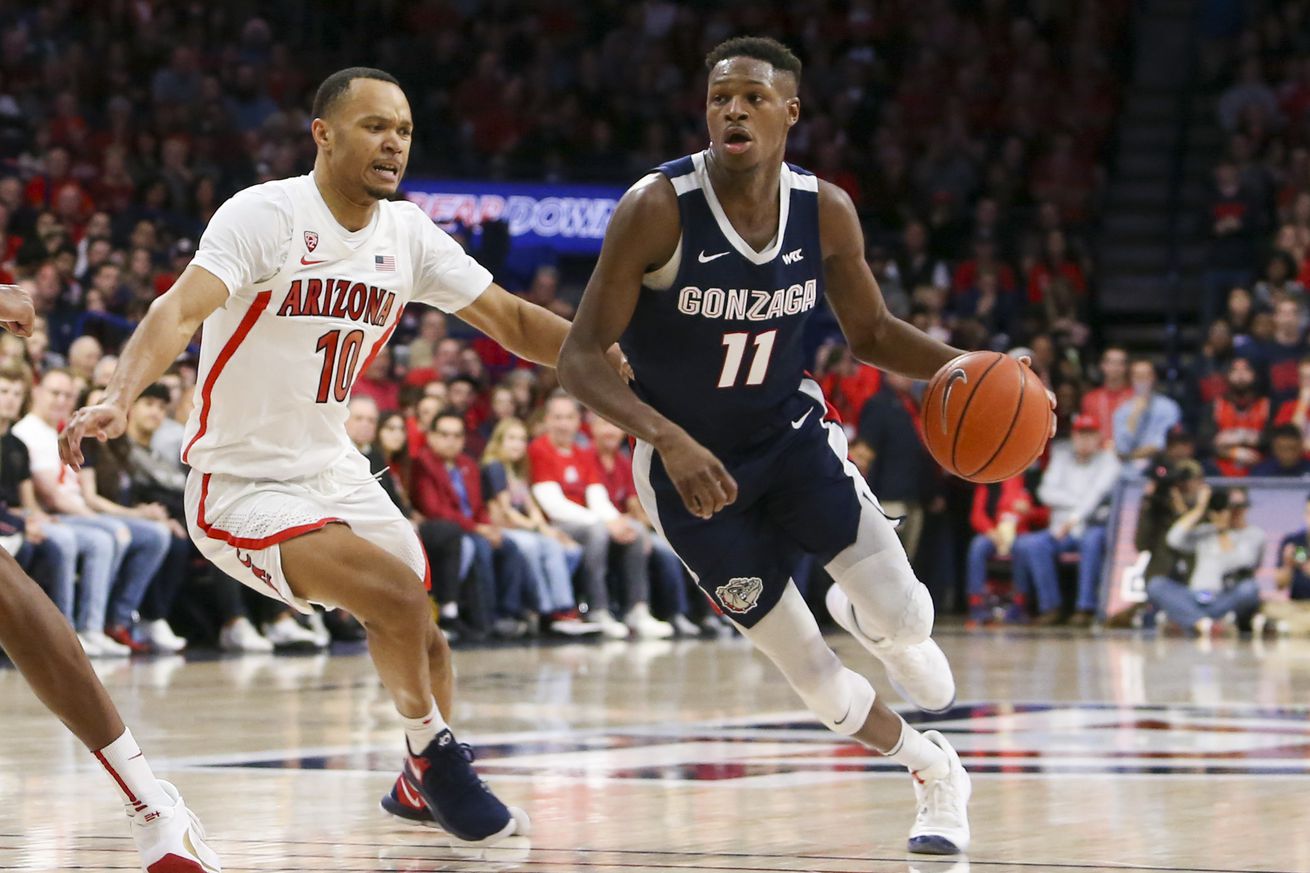 If the Arizona Wildcats are able to have a normal non-conference schedule amid the coronavirus pandemic, it just got a lot tougher.

Two of their marquee opponents—the Gonzaga Bulldogs and Illinois Fighting Illini—saw key players withdraw from the NBA Draft this weekend.

Illinois point guard Ayo Dosunmu and center Kofi Cockburn, the lllini’s leading scorers, announced they will be returning for another season. Dosunmu’s decision was shocking since many mock drafts projected he would be a first-round pick.

Cockburn, a hulking 7-footer, averaged 13.3 points, 8.8 rebounds and 1.4 blocks per game. The rising sophomore had nine points and seven rebounds minutes against Arizona.

The Illini improved drastically as the season went on, eventually finishing 21st in the AP poll and 30th in KenPom’s ratings. Arizona is slated to face them in Champaign this season to complete the home-and-home series.

Arizona is scheduled to rematch the Bulldogs in Spokane in December. Gonzaga is still waiting to hear if forward Corey Kispert, who had a game-high 18 points in last season’s matchup, will return for his senior season or keep his name in the NBA Draft.

The Bulldogs saw sophomore forward Filip Petrusev, their leading scorer and rebounder, sign in Serbia this summer. They ranked No. 2 in the final AP poll.