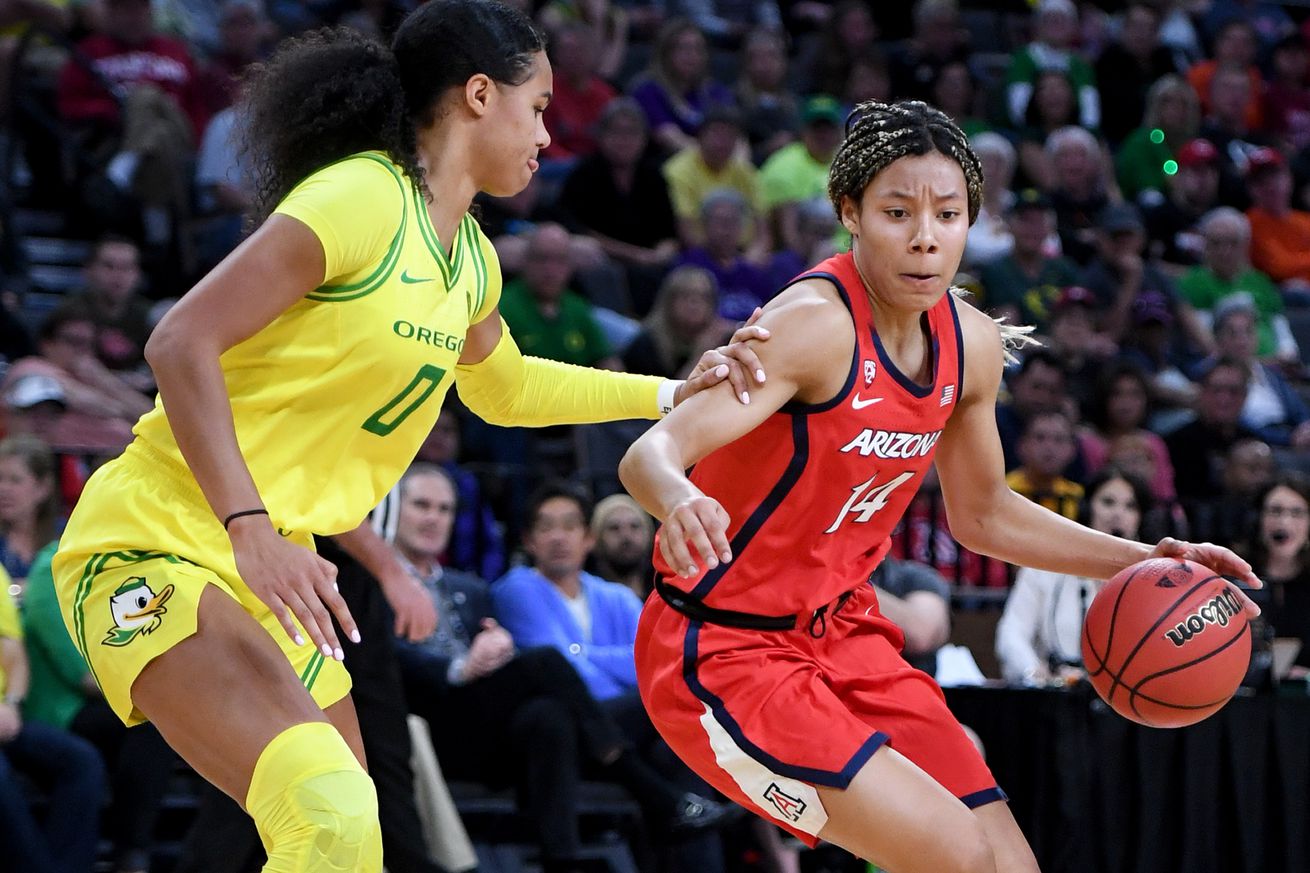 Arizona star senior Sam Thomas was happy to hear that the NCAA awarded college basketball players an extra year of eligibility amid the coronavirus pandemic, but she doesn’t know if she will actually use it.

“It’s just nice to know that there is the option for me if I do decide to come back, but obviously right now I’m just trying to focus on this year,” she said Thursday. “There’s so many different things that could happen. We’re playing a lot of Pac 12 games this year, so I’m just kind of taking it day by day and just seeing how the year goes and then making my decision after the season.”

Fellow senior Trinity Baptiste, who just joined the Wildcats as a graduate transfer from Virginia Tech, had a similar answer.

“I’m just focused on this season,” she said. “That’s my main focus and I won’t make a decision until the season’s over.”

Aari McDonald wasn’t asked about it on media day because she is expected to turn pro.

Like Baptiste, Thomas is already enrolled in postgraduate school. She earned a psychology degree in three years and is now pursuing a master’s in educational leadership, a 36-unit program that can be completed in one or two years.

Thomas spent this past summer interning for Nike, working with the global brand marketing team. She has a bright future no matter what she decides to do with her basketball career, but right now she’s focused on helping the Wildcats prove they’re as good as their top-10 ranking indicates.

“I think I’ve just gotten more confident as a leader on the court and off the court,” Thomas said. “I know now that I’m a senior, I’m the oldest that you can get and now there’s a bunch of people under me, so I’m kind of just steering them in the right direction. … Like, helping everyone know their role. We don’t need everyone on the team to score 40 points a game, we don’t need everybody on the team to grab 20 rebounds. It would be nice, but that’s just not possible and it’s not a goal that we need to attain.”

A long-armed forward, Thomas was a member of the 2020 Pac-12 All-Defensive Team and hopes to be more consistent with her 3-point shot as a senior (though she already made 38 percent of her triples last year, the best mark of her career).

“Just being more consistent, being more confident taking the shots that I need to help the team,” she said. “I know Aari always tells me to shoot the ball.”

Baptiste plans to be a physical presence in the paint, something the Wildcats have lacked the last few years.

“Originally I started playing streetball first before I started playing organized ball, so that just comes naturally in my game and I’ve been able to just apply it to the team,” she said. “And they’ve embraced it and my coaches want me to play physical. They want me to just play and really be myself.”