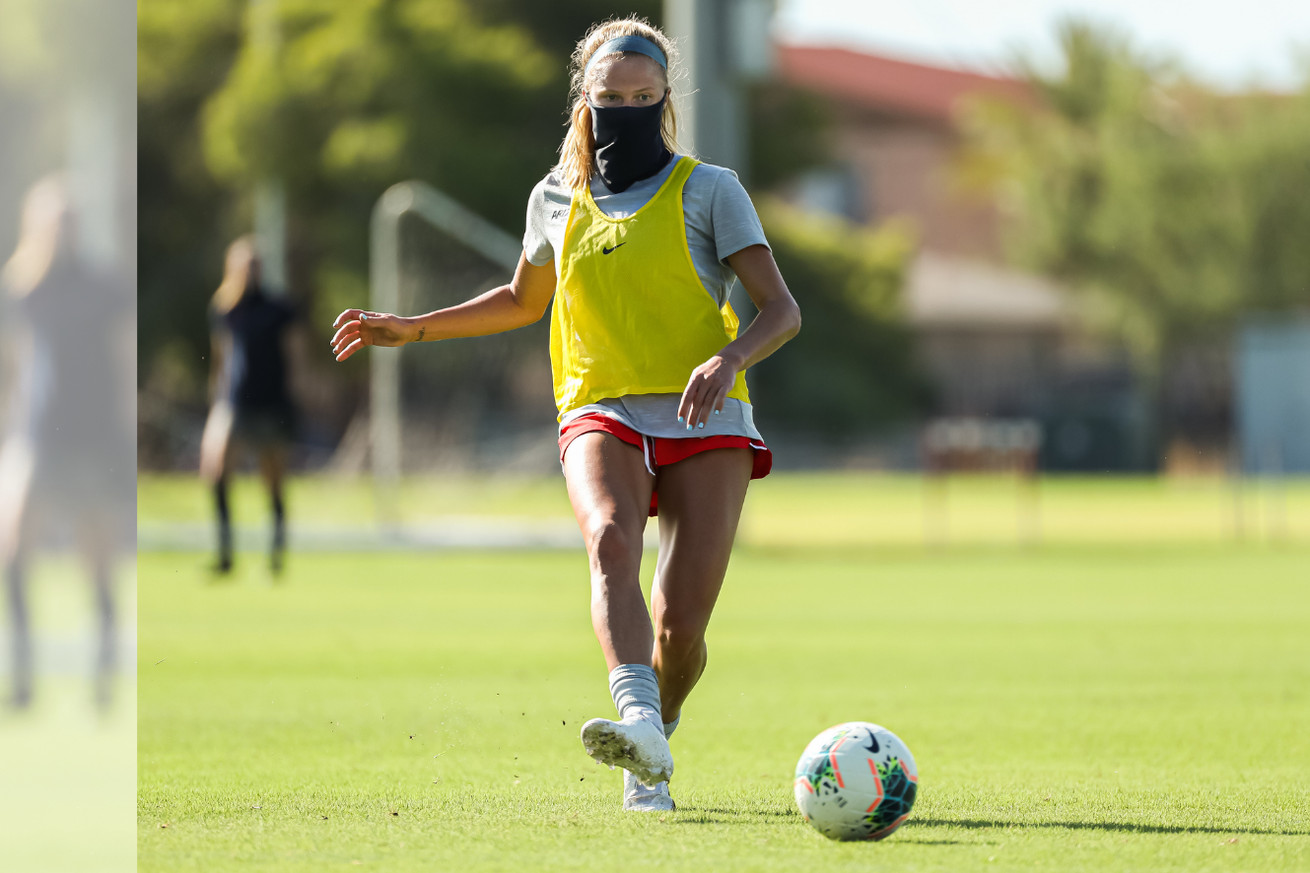 Arizona soccer has made the NCAA Tournament a program-record four years in a row, but keeping that streak alive will be more difficult than ever this season.

To cut costs and safety risks amid the coronavirus pandemic, the NCAA is downsizing the bracket from 64 teams to 48 teams—31 automatic qualifiers from each Division I conference plus 17 at-large teams. (As opposed to 30-plus at-large teams.)

The way UA coach Tony Amato sees it, those 17 at-large bids will be more or less split up among the Power 5 conferences, leaving roughly three at-large teams per league.

That means instead of seven, eight or even nine Pac-12 teams making the tournament like usual, only four will be lucky enough to reach the postseason.

Recent history says the automatic qualifier will almost certainly be UCLA or the defending national champion Stanford Cardinal. Amato wasn’t willing to concede that, but those powerhouses have won the league every year of his tenure.

The rest of the conference would be competing for the other three spots. The early frontrunners would be Stanford/UCLA (whichever doesn’t earn the auto bid), USC, which won a national title in 2016, and Washington State, which is coming off its first-ever Final Four appearance.

Where does that leave Arizona? Still right in the running, Amato insists.

“Well, just based on where we’ve been in the last five, six years, we’ve put together seasons that are very competitive,” he explained. “Like that year we went 7-2-2 in the league. If we went 7-2-2 in the league this year, we would be a team that would be a qualifier in the 48-team field. So we have a reference point, so my confidence comes in the fact that we have good players and if we get unified throughout all this and we coach them well and we play well, we’ve done it before and I would be confident that we could do it again.”

Arizona has finished in the top four twice in Amato’s seven seasons, most recently in 2017 which is the 7-2-2 year he is referring to.

Here’s Arizona’s year-by-year finish. (Its Pac-12 record is in parentheses.)

The Wildcats have hosted the NCAA Tournament four of the last five years, which would signal that they were a top-32 team in the country, but it doesn’t necessarily work that way. They were 36th in RPI last season but surprisingly got to host anyway.

The top 48 teams don’t always make the NCAA Tournament, either. For instance, Oregon State was not included in the field last year even though it was No. 48 in RPI. Neither was FAU (31 in RPI) or Alabama (44 in RPI). And mind you that was with 64 teams in the field.

So, realistically, at-large teams probably need to finish near the top 30 or 35 this year to feel good about their tournament chances. Even then, only the automatic qualifiers should breathe easy during the selection show.

“I think we have really good shot at doing it, but it’s not just by luck.” said redshirt senior forward Jill Aguilera. “For me and I think the rest of the team, we really try and play it game by game and not look too far ahead because then we can lose track of what’s really in front of us each game.”

In all, that’s 19 regular-season matches, pretty much the norm. Of course, nothing is set in stone right now.

“In an ideal situation, that’s what we want to do,” Amato said. “We think that would be best for the players.”

Arizona is still limited to non-contact drills, so it’s hard to get a real feel for what the newcomers can do. But Amato has been impressed by them so far, which is a good sign since freshmen make up almost half the roster.

“When we get settled into regular training, getting them game experience, working with Jim Krumpos and our strength staff for 12 months straight, (we think) that they have the potential on the surface to be pretty good,” he said.

“Well, you just see them physically in a strength-and-conditioning session and they’re athletic enough,” Amato said. “In the Pac-12 you have to have a certain level of athleticism and they have that. And then when we’ve gone out and done (drills)—now, mind you this is not under the pressure of a defender because we can’t defend each other—and we go out and ball strike, receive a ball, pass the ball, there’s a certain level of skill there with the athleticism that you know that the foundation is there to be successful at this level.”

Aguilera, a senior leader who’s helped guide the freshmen along by answering their questions, had a similar evaluation.

“I think it’s good so we could build some team bonding and then once our season or spring comes up again, I think we’ll be able to handle a lot more games in a better way and really know our freshmen because there are a lot of them,” she said. “To be able to know who they are, what they’re good at, what foot is best for them, if they prefer the ball in space or at their feet. I think those are really small specific things that can really change our game.”

Amato has been a head coach for almost two decades now, so weekends this fall are much different than he’s used to. The grind hasn’t stopped, but he finds himself at home instead of a field somewhere.

“We’re still working really hard with Zoom calls, recruiting through Zoom calls, with training the team, with meetings and trying to get things organized because this is a really hard time with COVID, and so I don’t feel any less busy,” he said. “But I’m not at a game on a Sunday afternoon with our team here. And so on a Sunday afternoon, I’m able to use that time to connect with my 5-year-old, my 5-month-old and my wife, and we’re doing things as a family that is really valuable during this time.”

Normally, Amato would watch the Philadelphia Eagles too, but they have been struggling this season, much to his father’s chagrin.

“Listen,” Amato chuckled, “my dad lives in the same house in Philadelphia that he’s always lived in and he’s an Eagles fan through and through, like the stereotypical Eagles fan, and I had to tell him to stop texting me during those Eagles games the last couple Sundays because he comes from a grumpy place with that right now.”

“I started learning chords of different songs. Still not very good, but it’s a process,” she laughed. “I have been going to Goodwill and collecting books that I used to read when I was little, or books that I really enjoyed when I was in high school or middle school. And then other books that I might want to read that I’ve heard about. So I have a lot of Shakespeare, Kite Runner and books like that that I got for really cheap at Goodwill.”

Aguilera said not being able to hang out with her teammates has been the most difficult part of this whole offseason.

“We get to talk and work hard together during workouts, but I think it’s different when you’re working out and then you’re hanging out, just having lunch, or dinner or going to someone’s pool and hanging out,” she said. “That’s something we can’t wait to get back to.”