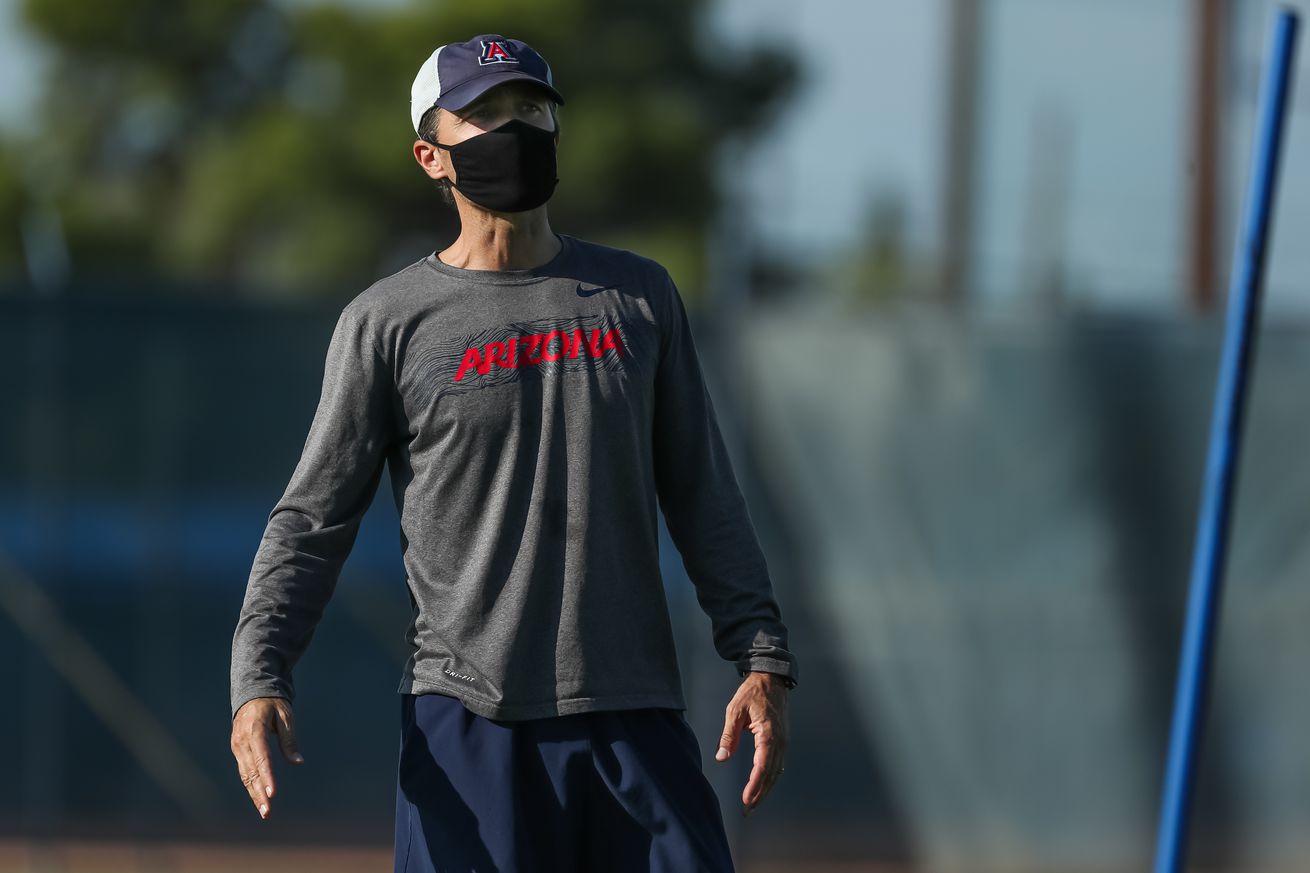 Arizona soccer coach Tony Amato wasn’t surprised when seven members of his program tested positive for coronavirus in early September. He knows how contagious it can be.

“My thought was like, ‘yeah, this virus finds people,”’ he said Thursday. “And even if you’re following protocols, we’re still going to gas stations and grocery stores and things like that, so maybe they just picked it up there, you know? There’s people back on campus and it’s possible.”

His players weren’t willing to accept it that easily. They insisted they had done everything right to avoid exposure. Dr. Stephen Paul, who handles the program’s contract tracing, agreed with them.

“We had a team meeting and Dr. Paul got in the team meeting on Zoom and said, ‘I’m baffled,’” Amato said. “He used the word baffled because he did all the questioning, the contact tracing and couldn’t find a direct link that was like, ‘well, this is why you have that cluster of positives.”’

So the team asked Paul about the possibility of false positives, citing some of the testing issues the NFL had this offseason. Paul thought it was unlikely but promised to look into it.

A relief, obviously, but some damage had already been done.

When the initial positive tests were announced, the UA said it planned to pause the soccer program for 14 days, and Amato estimates that 15 to 16 players immediately went home to quarantine, figuring they’d be better off spending that time with their families.

They received news of the false positives within 36 hours of that, but by then it was too late.

“We had people back in Dallas, Houston, California, so people were all over,” Amato said. “So we just let them be there for a week to 10 days and people started trickling back. And then when they trickled back it was a slow start because we had to now re-establish negative COVID tests because they had left the state. And what we told them is whoever is here and back, we will train you and help make you better.”

The Wildcats resumed training last Monday, but won’t have a full squad anytime soon. Several players opted to stay home for the rest of the semester. Amato said only 18 of 27 are currently in town.

“So it just kind of disrupted what we’re doing,” he said. “And we just really got back in the flow last week.”

That means training five days a week—two for strength and conditioning, two for technical work on the field, and the other a hybrid between the two. Contact drills are prohibited indefinitely.

“We can do any sort of strength and conditioning stuff, any technical work that is like me working with you and we’re passing back and forth, or working on shooting, or anything that would be where it’s not me versus you, where you would tackle me, where we would run into each other,” Amato said. “So we have set up exercises that are similar to foosball where it’s like I can only move left to right, we’re all on the same team and the same channel six feet apart, and then the next group is six feet from us, and you can’t cross over the barriers, but you can stop the ball if it was to get by you. It literally looks like foosball.”

Arizona is limited to eight hours of work per week, but step up to 20-hour weeks in November when they hope they will be cleared for full contact.

“Our goal would be that if we could get to have contact and we could play a Red-Blue scrimmage amongst ourselves,” Amato said. “That would be great and honestly even if it wasn’t a normal 11-v-11. If we could get to anything that was even a little 4-v-4 tournament, a 6-v-6, a 7-v-7, where it gets closer to a game. Right now we’re playing foosball basically. It’s better than nothing, but the players want to play.”

Earlier in the offseason, Amato half-jokingly proposed playing a best-of-seven series against ASU just to get some games in.

If nothing else, the players could use the morale boost. Amato said the seniors in particular have been down about the way their final season has unfolded. (The freshmen, who make up almost half the roster, don’t know any better, he said.)

Other major conferences are playing real games right now, but Amato said even exhibitions are off limits for Pac-12 teams until the official season starts in February.

Not that he’s complaining about it.

As for the testing mishap, Amato didn’t seem frustrated about it. He sees it as another reminder that this won’t be a normal season.

“We’re gonna have to deal with stuff, that’s just the way it is,” he said. “And how we lead and manage that is really important.”