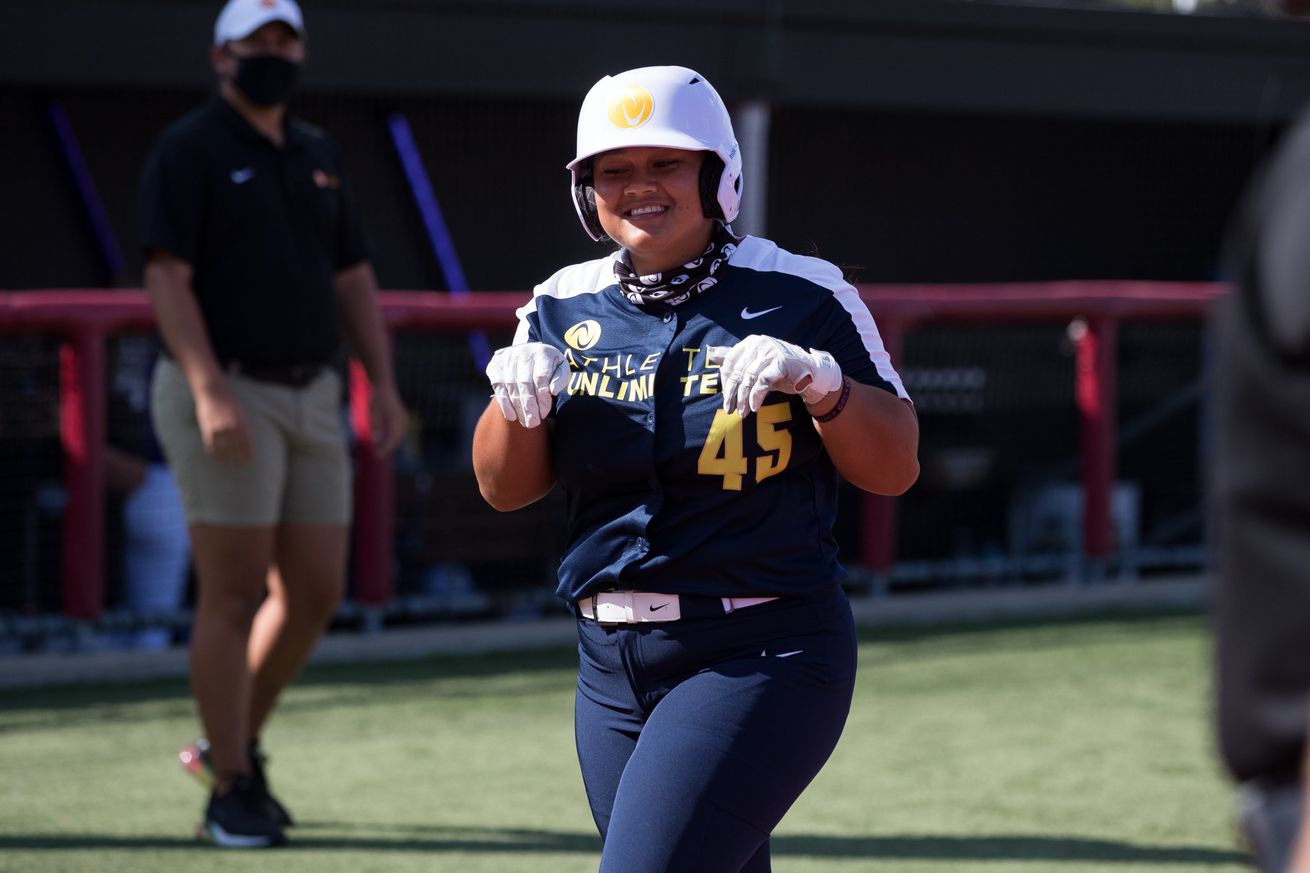 It’s been three years since Katiyana Mauga last wore an Arizona uniform, but she can still hit the ball a long, long way.

The UA alumna launched not one but two homers Sunday as she was the top-scoring player in an Athletes Unlimited affair between Team Sanders and Team Osterman (Mauga’s team).

Your MVPs from Team Sanders vs. Team Osterman, pres. by Halo Sport.

Mauga’s first tater came in the first inning, when she clubbed a three-run shot to left center off former Florida State All-American Jessica Burroughs to give Team Osterman a 4-0 cushion.

Yes, we know. But twice is nice

Have yourself a day, @katiyana_13!

Mauga, who finished her Arizona career first in school history and second in NCAA history in homers (92), currently has the eighth-most points in Athletes Unlimited heading into Monday’s action.

With another strong performance, she could earn the right to be one of four team captains for Tuesday’s draft.