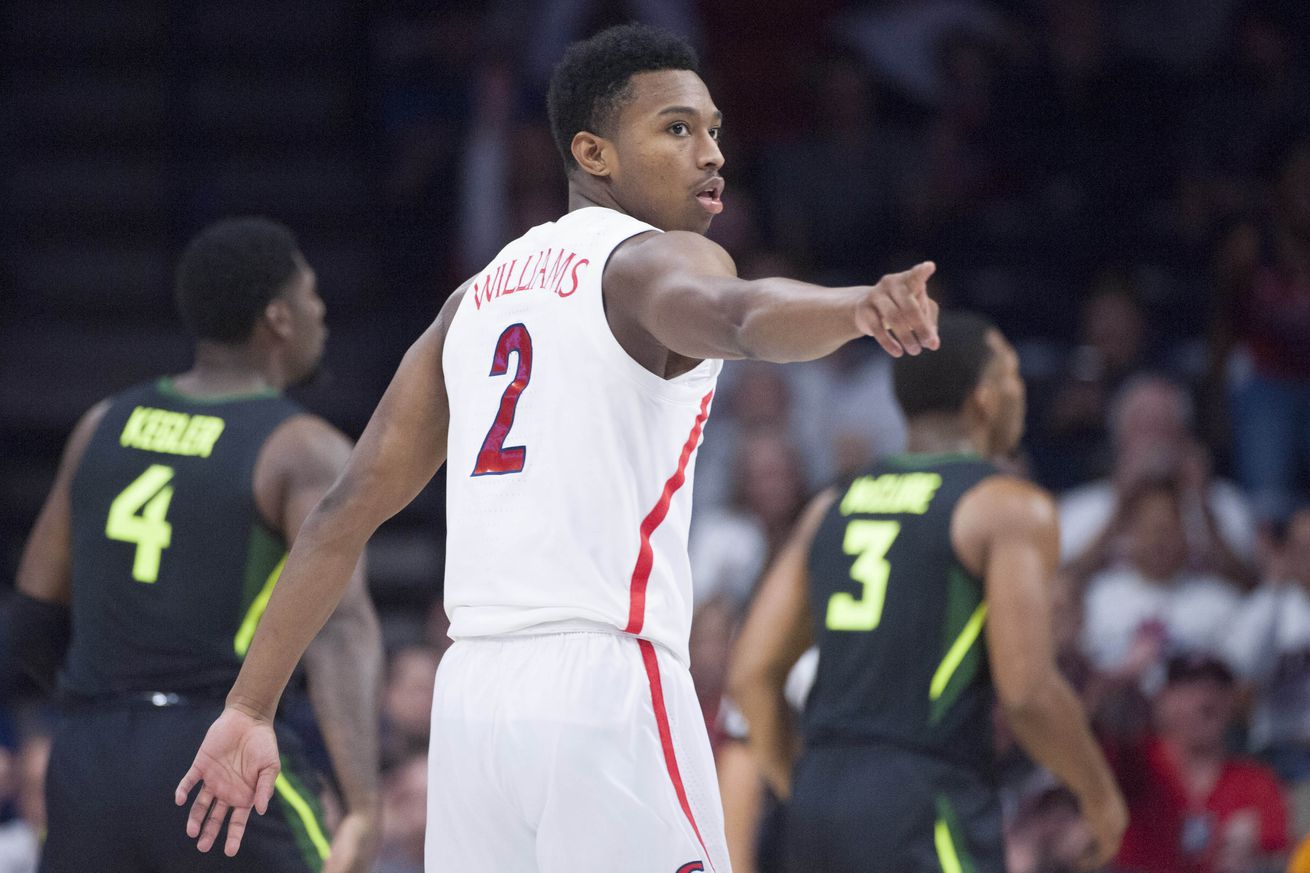 It’s Monday, so it’s time for another Arizona Wildcats mailbag. Thank you to everyone who submitted a question. If you want to participate in the future, follow me (@RKelapire) and our site’s account (@AZDesertSwarm) on Twitter.

@beardown_UofA_: What are the chances that Brandon Williams stays? And if he did, how would the scholarship situation work out?

I still think it’s more likely than not that Williams won’t play for Arizona again. Yes, he was recently cleared for basketball activities, but I don’t believe he was cleared by Arizona’s medical staff since UA student-athletes aren’t permitted to return to campus until June 15 and the men’s basketball team isn’t expected to report until sometime in July.

Williams has also hinted at leaving, still has to prove he can play at a high level (and stay healthy), and Arizona brought in a few players at his position. Add that to the scholarship crunch and it just seems like the writing is on the wall, even if Sean Miller did leave the door open to a return.

Still, nothing is set in stone and if Williams does stay, there are three ways to create a scholarship opening: someone transfers (or is forced out), one of the seven incoming recruits goes pro or fails to qualify academically, or a scholarship player becomes a walk-on.

@lucidnpc: What do you guys realistically think our NCAA sanctions will look like?

Arizona still hasn’t received its Notice of Allegations from the NCAA, so it’s hard to project any kind of punishment yet since new details could be uncovered.

If we’re going based on what we do know, then Oklahoma State’s sanctions—a one-year postseason ban, three-year scholarship reduction, other recruiting restrictions, etc.—seem like a decent comparison since Lamont Evans’ charges were similar to Book Richardson’s.

However, OSU is appealing the postseason ban, so it will be interesting to see if it holds up. From Arizona’s standpoint, I think anything other than a postseason ban or Miller being issued a show-cause penalty would be a manageable punishment.

Personally, I hate postseason bans since they punish players who had nothing to do with past transgressions.

@MattKopec: Has UA officially put all capital projects on hold?

Yes. Dave Heeke said as much in a conference call with local media in May.

@MPShrike: What’s going on with the safety position? We can’t defend offenses without more depth there.

Our guy Gabe Encinas knows a lot more about this than me, so I will redirect you to the article he wrote about Arizona’s secondary. In short, a new scheme and some position changes can help conceal the lack of depth.

@Writingez99: Will softball have fall ball? If not, what will the fall look like for the team?

Every sport is still up in the air for now, but fall ball seems likely. Softball is a socially-distant sport, and Arizona’s fall schedule usually only features local community and junior colleges anyway. Big crowds wouldn’t be an issue either, since only diehards go to fall games.

They would be a good opportunity to get the eight freshmen some experience, but even if they aren’t played, the newbies can still get at-bats against UA pitchers in live scrimmages. In general, the fall is mostly reserved for skill development.

@bivaterl: What are the chances of seeing two PF/C and a tall wing in the frontcourt to dominate the glass and bring back the “Tucson Skyline” setup from the Sean Rooks/Brian Williams (Bison Dele) era?

Arizona has the power forwards and centers to make that happen but I’m not sure what classifies as a “tall wing.” Bennedict Mathurin and Dalen Terry are 6-foot-6. Tibet Gorener is 6-foot-8 but is also listed at 185 pounds, so he’s not someone you’d expect to “dominate the glass.”

Either way, rebounding should be one of Arizona’s strengths. Don’t sleep on a guy like Terrell Brown, who despite being 6-foot-1, grabbed over six rebounds per game at Seattle last season.

Rebounding isn’t all about size. Effort and instincts matter too.

@JimmyChtwood34: Is Arizona going to talk about Jason Terry not having his jersey retired because of his violations?

No, because that isn’t relevant anymore. It was 20 years ago that he took money from an agent, which he has since paid back. That prevented Arizona from retiring his jersey for a while, but eventually they got clearance from the Pac-12 and NCAA to go ahead with it.

If you’re thinking Terry’s mistakes as a student-athlete make him less qualified or desirable as an assistant coach at age 42, I don’t think that’s fair.

People make mistakes, learn from them, and change. He’s done enough over the course of his career to show that he is a standup guy. If anything, his mistakes can be a valuable teaching tool.

And you better believe that Terry, and everyone else in the Arizona program, will be extremely careful about the way they go about their business after the NCAA and FBI investigations. You have to operate as if everyone is watching and listening to your every move.