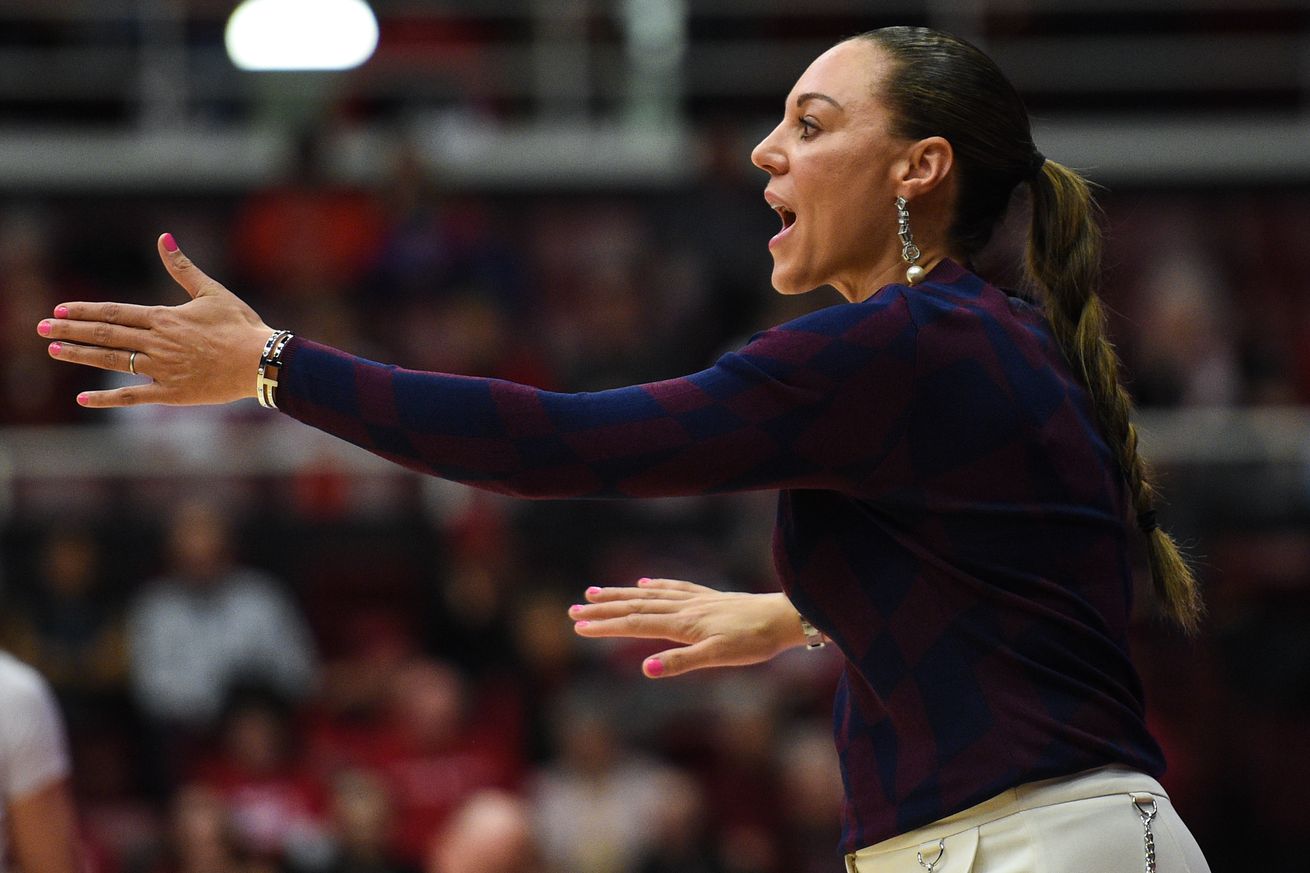 Adia Barnes has loved the intensity of Arizona’s practices this preseason and dismissed the idea that her team will get complacent after being ranked in the AP preseason Top 10 for the first time.

“We’re like killing each other at practice,” she said. “We didn’t do that a year ago. So it tells me that they’re hungry, and it tells me they’re not satisfied.”

While the buzz has been building for what could be the best season in program history, the Wildcats are facing some significant question marks before it begins in two weeks.

As it stands, they only have one set game on their schedule—a home tilt against NAU on Nov. 29. Their 22-game Pac-12 schedule has yet to be announced and their non-conference schedule is in constant flux.

In the last few days alone Arizona has seen its first and third games of the season get cancelled. Barnes has been scrambling to replace them, calling schools and negotiating contracts—all while juggling practices and a family life that now includes a newborn daughter.

So it goes during the coronavirus pandemic.

“We’ve never been in a situation like this,” Barnes said Thursday. “We usually know seven months before when our opening game is.”

And as for what a game will look like when they do start playing, Barnes isn’t sure about that either. Fans won’t be allowed in McKale Center until at least January per conference rules, what Barnes says is a “devastating” development for a program that has worked so hard to build one of the best homecourt advantages in the country.

She thinks Arizona would have led the Pac-12 in attendance and drawn 10,000+ fans per game.

“I know in the Pac-12 calls we’re talking about ambiance noise and stuff like that but I don’t know what that looks like,” Barnes said. “Like, I have no idea what to expect, so we’re just focusing inward.”

Barnes also hasn’t received any in-game COVID-19 protocols from the NCAA or Pac-12, so she’s using practices to simulate what she thinks they could look like.

“I’m assuming it’s gonna be distance on the bench, so I’m doing that and putting their own masks next to each other, we’re practicing that stuff,” she said. “But it could change. They could say, ‘double the distance.’ I don’t know that kind of stuff, but I can’t control it, so we’re focused and we’ll just do the best we can and roll with it. And I’m just happy we’re playing. So even if they said you gotta sit 25 feet apart and I gotta stand with the N95 mask and then take it off to yell, I will do it because it is what it is and we want to play.”

The team at least has been able to scrimmage, which has been beneficial because they have such a deep roster and the competition makes them better. They will continue to ramp those up this week and next week.

The players practice with masks for safety reasons—and in case they have to wear them during games, whenever their first one is.

“I want us to be as safe as we can, to not take any chances before we start the season,” Barnes said. “Our players have been phenomenal. I never have to say, ‘put your mask back on.’ I never have to say, ‘you’re not wearing your mask.’ I don’t have to coach them on that. And so I’m just blessed and our team has been very successful. We haven’t had any cases or anything, knock on wood.

“But it’s different because they’re still wearing them, but I don’t even know if they’re wearing them when we come in timeouts, so there’s just so many things that are abnormal for the preparation. But basketball-wise, we’re preparing because that’s something I can control. We don’t have everything in obviously right now, but we’re doing more game prep, we’re putting more sets in, we have six new players so it’s been a lot of teaching. But we’re not exactly there yet and it’s hard to tell my team they’re playing in 13 days right now when I don’t know who we’re playing.”