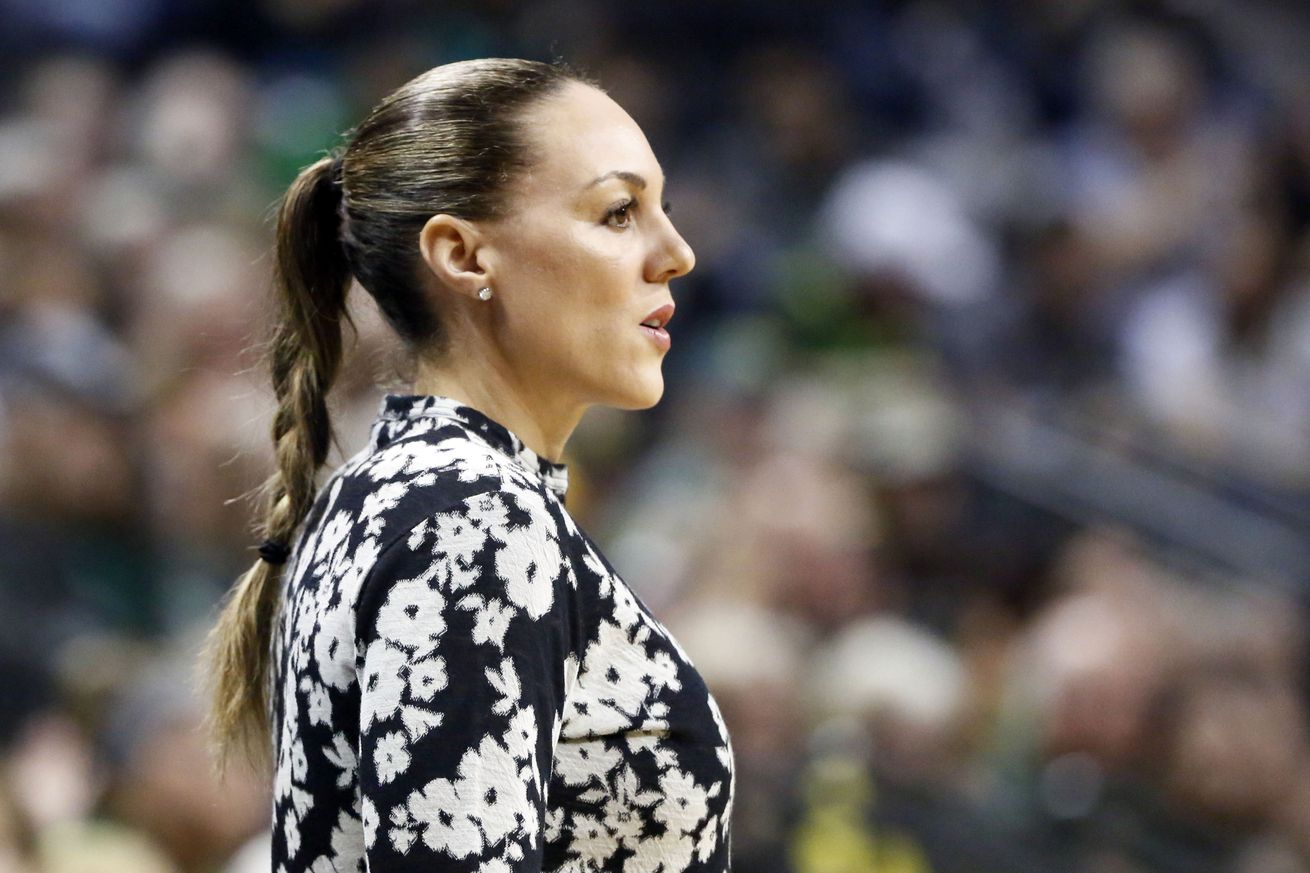 The Arizona Wildcats are finally able to stand in the same room with their teammates and look each other in the eye. After months of wildly variant training, they are all able to take part in conditioning and development work as a group. They even have a date on the calendar when their season is supposed to begin.

What the Arizona women’s basketball team doesn’t know is who they will be playing once the date turns to Nov. 25.

“I’m just so excited that we’re actually going to be able to play, we have a date,” Arizona head coach Adia Barnes said.

It was supposed to be a year with a vastly improved non-conference schedule. Going into her fifth year as the leader of her alma mater, Barnes had an experienced, talented team and she had scheduled accordingly. A return game from Texas was first, the second leg in a home-and-home arrangement that started last year in Austin.

Later would come a game against Gonzaga. While the Zags aren’t on the same level as their men’s team, the Gonzaga women almost knocked off Stanford in Palo Alto last season, and ended the season ranked one place behind Arizona at No. 13 in the AP poll. Tournament play offered the potential of playing teams like Arkansas, coached by Barnes’ former mentor Mike Neighbors.

Now, that’s all up in the air, exciting games replaced by questions about whether there will even be a full slate of non-conference games.

The first question that needs to be answered is how the Pac-12 plans to structure conference play. On the women’s side, teams are allowed to play 23 games plus one multi-team event or 25 games without a multi-team event. How many of those games will be played against conference foes?

One proposal is to play 22 conference games. That would give the league a true round-robin, with every team facing every other team home and away. It would also consume almost the entire allowance of games for the women.

The other option is to reproduce the men’s schedule—the same number of games and the same home/away dates. This would mean playing 20 games within the conference season. The major advantage to this is that the two teams could travel together.

For Arizona, traveling with the men would make all the difference in convenience and safety. The women very rarely get chartered flights. The men’s team charters on every road trip.

The ability to charter means less potential exposure to COVID-19 while standing in airport security lines, waiting at terminals and during flight. If the teams travel together, the Arizona women get the relative safety of chartered flights as well.

On the negative side, Barnes said that this would likely mean fewer women’s games being televised. She said that in Arizona’s case, the financial reality of the pandemic meant that having the men on TV was advantageous for both programs.

“We don’t know if the teams we’re going to play fit that protocol,” she said. “I can’t even schedule yet non-conference, because I don’t know if a mid-major school is going to have a capability of testing. So there’s so much in the air.”

Arizona was very aggressive with its testing protocols even before the Pac-12 set up the partnership with Quidel. Will other schools be as aggressive? How much variance between the Pac-12 protocols and opponents’ protocols are acceptable?

“If they don’t have our same protocol, we can’t play,” Barnes said. “And so for me, from a personal standpoint, for my team, I’m going to try to do as many home games as I can, but then we have a disadvantage on the West Coast. We don’t have like 10 teams within two hours.”

The schedule will definitely see some changes. Last season, Arizona played 11 non-conference games plus a closed scrimmage and an exhibition. The closed scrimmages and exhibitions are already off the table based on the guidelines issued by the NCAA.

With the Nov. 25 start date, the question of availability is also important. Will Texas be able to accommodate all the changes?

Putting the puzzle together will require considering these additional limitations while also thinking about the legal details of some of the games that previously scheduled.

“There’s also contracts we’ve signed,” Barnes said. “We paid from anywhere (from) $25,000 to $30,000 for guarantee games… and we just don’t know how to prepare for that as a coach. And we don’t know how many non-conference games yet, and we don’t know who’s gonna fit the protocol. So it’s kind of like I can’t even do anything until I know those things next week.”

Barnes has additional challenges after giving birth to her second child on Sept. 15, but she’s looking at the positive sides of the job she “signed up for.”

“The program still goes on,” she said. “I can’t say ‘Oh, look, wait a month. Let me do scheduling in a month.’ It doesn’t work like that. So I think that’s the more challenging part. But these are to me, in my opinion, they’re good problems to have if I have to decide on the non-conference that we’re playing. So I’m more happy about that, and I’ll figure out how to juggle it.”